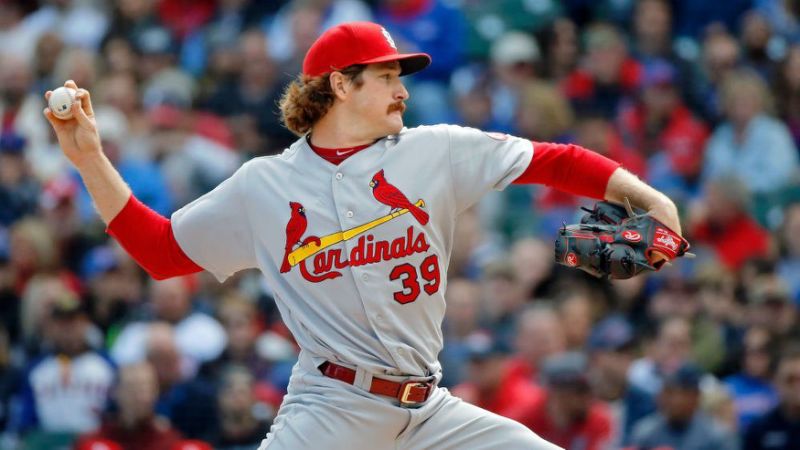 The right-hander will rest for three-to-four weeks and will take part in non-throwing drills before getting evaluated in mid-March.

If healthy, Mikolas will begin a throwing program and head to minor-league camp to ramp his pitching, according to Rogers.

Mikolas was given his first injection when the offseason began after he had issues last season, but he had some discomfort during his first bullpen session last week.

He also had an MRI, and it revealed there was no ligament damage.

Mikolas dealing with an injury isn’t ideal for the Cardinals, but, hopefully, he won’t miss too much time when the regular season starts.

Boone mentioned the off and on issue is definitely concerning, and the team has shut him down, per Jack Curry of the YES Network.

Aaron Boone said Luis Severino has some forearm soreness that dates back to his last start of the ALCS.

He said Severino would head to New York today for three days to undergo numerous tests.

Boone also added Severino feels pain in his right forearm when he throws his changeup, a pitch that requires him to pronate his arm, per Curry.

Boone said Severino will go to NY on Monday and stay for 3 days to undergo a battery of tests. Dr Chris Ahmad examined Severino today, but Severino didn’t undergo any new tests in Tampa.

Severino feels the pain in his right forearm when he throws his change up, a pitch that requires him to pronate his arm.

Yankees general manager Brian Cashman isn’t sure if the forearm injury is going to be a short-term or a long-term problem, per Lindsey Adler of The Athletic.

Brian Cashman: "Unknown if this is gonna be a significant issue that we're gonna be dealing with that's gonna cost us a lot of time, or if it's a small issue."

Cashman said the Yankees did a series of tests, multiple times on Severino’s forearm during the offseason and all came back negative.

The only thing that appeared was a “loose body” in the elbow that’s not causing any problems, per David Lennon of Newsday Sports.

Cashman explained that #Yankees have done a series of tests, multiple times, on Severino’s forearm throughout the offseason and all came back negative. Only thing was a non-symptomatic finding of a “loose body” in the elbow that’s not causing him any problems.

Severino made only three starts during the regular season last year as he dealt with numerous injuries.

The Yankees are already without starting pitcher James Paxton, who will be sidelined three-to-four months after undergoing back surgery earlier in the month.

The injury to Severino puts the Yankees in a tough position as they will need to replace two members from their starting rotation before the season begins.

The quartet of Jordan Montgomery, Mike King, Luis Cessa, and Deivi Garcia will be vying for those two spots during spring training.

The St. Louis Cardinals have named starting pitcher Jack Flaherty as their Opening Day starter, per Anne Rogers of MLB.com.

Jack Flaherty will be the #STLCards Opening Day starter.

Flaherty was the superb on the mound last season, as he was the ace of the Cardinals’ starting rotation.

The team selecting Flaherty as their Opening Day starter is logical, and the Cardinals will need Flaherty to continue his success from last year to have a chance of winning the NL Central for the upcoming season.