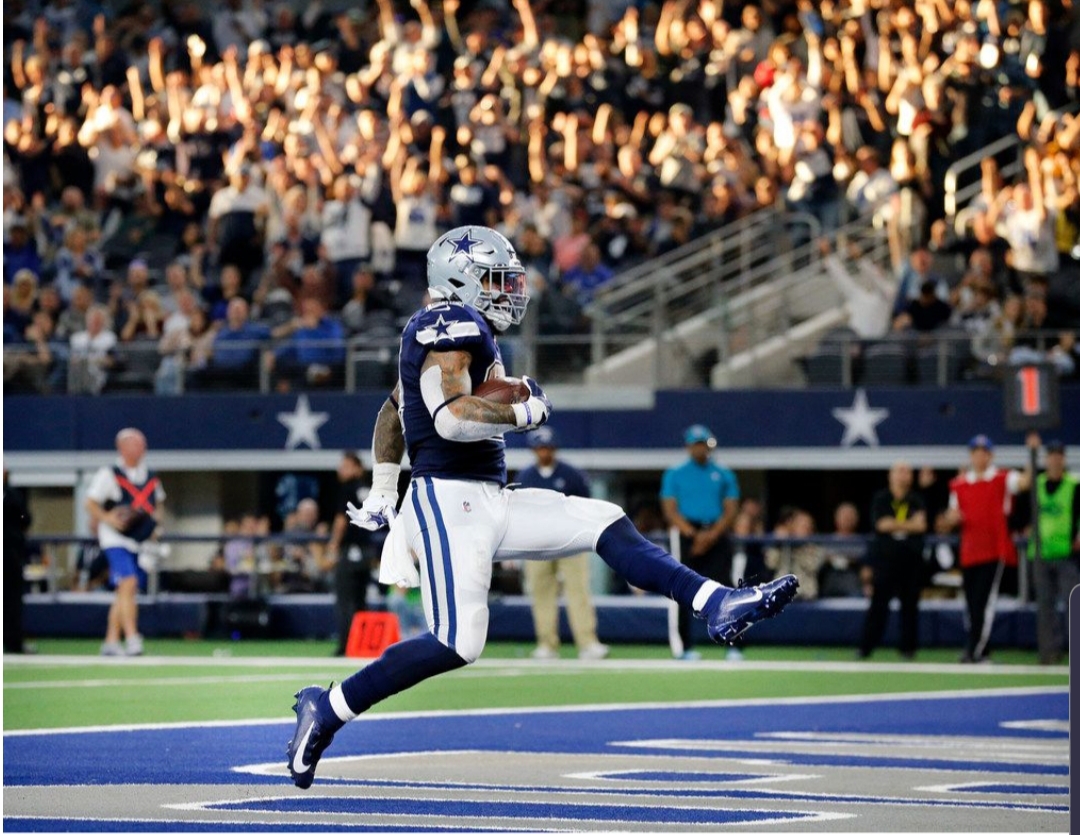 The Dallas Cowboys are blessed to have such great running back like All-Pro Ezekiel Elliott. This season, however, there’s been something different cooking in the Cowboys backfield. Rookie Tony Pollard adds another dimension to this offense and has made himself and Elliott an extremely formidable duo and one with the potential to be the best in the NFL.

Ahead of last week’s game vs the Los Angeles Rams, Elliott had failed to rush for 100 yards in five consecutive games, the longest such streak of his career. If he was going to turn it around he would have to do it against a hot defense that came into the game ranked seventh overall. Not only did Elliott answer the challenge but he brought some company along.

Elliott gained 117 yards on 24 carries and scored two touchdowns. This was his sixth 100-yard game of the season which is tied for the second-most in the NFL. Not to be outdone Pollard racked up 131 yards on just 12 carries himself and helped add to a season-high 263 rushing yards for the Dallas Cowboys.

If you may recall, this isn’t the first time we’ve seen this duo dominate the same game. In Week 3 vs the Miami Dolphins, Elliott and Pollard became the first set of Cowboys teammates to run for over 100 yards in the same game since 1998.

Elliott put himself in a very exclusive club vs the Rams as he reached 100 yards rushing for the 25th time in his career, only Emmitt Smith (76) and Tony Dorsett (43) can say that in team history.

This game saw a few other milestones reached as well. Elliott and Pollard became the first duo in the Cowboys storied history to have multiple games over 100 yards together in the same season. Also, both backs gained over 70 yards after contact which made the Cowboys the first team to achieve this in the last 10 seasons. It’s safe to say that history always seems to happen when these two get rolling simultaneously.

This combination is just scratching the surface of how good it could be. The more the Cowboys stay committed to their philosophy, which is establishing the run, the more we can see this pair beat defenses into submission with both power and speed, a deadly mixture.