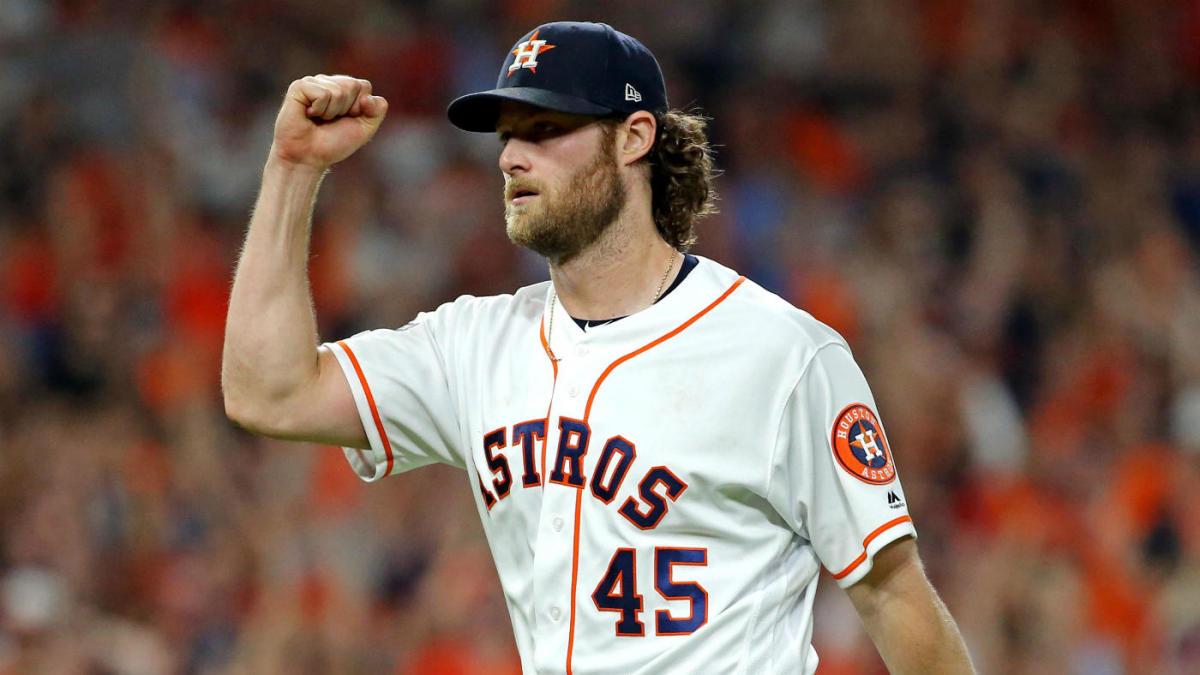 The last week in MLB was about a trio of marquee free agents signing massive contracts, including two starting pitchers.

The New York Yankees flexed their financial muscle and have finally landed their ace, by signing starting pitcher Gerrit Cole to a nine-year, $324-million contract, per Jeff Passan of ESPN.

Cole to Yankees for nine years and $324 million

The deal is the largest for a pitcher in MLB history, in terms of both the total value and the average annual value of $36 million.

The deal includes an opt-out clause after the fifth year, notes Passan.

Gerrit Cole has an opt-out clause after the fifth year of his deal with the New York Yankees, a source tells ESPN.

There will be no deferred money in the contract, and it includes a no-trade clause, per Joel Sherman of the New York Post.

none of the money on Cole’s deal is deferred. He received a no-trade clause #Yankees

It’s the second-largest contract ever for a free-agent pitcher in terms of length, as the Indians signed Wayne Garland to a 10-year deal worth $2.3 million in 1976, per ESPN Stats & Info.

Gerrit Cole agreed to a 9-year, $324 million contract with the New York Yankees, according to ESPN's @JeffPassan.

That is the the second-longest contract ever for a free agent pitcher…in 1976, the Indians signed Wayne Garland to a 10-year deal worth…$2.3 million.

A starting pitcher signing a nine-year deal seems implausible, but Cole is the one individual who deserves it.

Cole had 21 games last season in which he recorded 10 or more strikeouts.

The Yankees’ starting pitchers combined for seven games of 10 or more strikeouts, per Sarah Langs of MLB.com.

All Yankees starters combined for 7 games with 10+ strikeouts total.

Cole was the Yankees’ primary target, and it showed they wanted him by offering him a nine-year deal.

The Yankees might not have him for nine years as he can opt-out after the fifth year.

The team has an anchor for the staff and should be considered the favorite to represent the AL in the World Series next year.

The Washington Nationals decided a couple of days ago the future direction of their franchise by signing starting pitcher Stephen Strasburg to a seven-year, $245-million contract, per Jeff Passan of ESPN.

Stephen Strasburg’s deal with the Washington Nationals is for seven years and $245 million, a source tells ESPN.

The contract for Strasburg includes a full no-trade clause with several incentives as part of the deal, per Ken Rosenthal of The Athletic.

There will be deferred money in the deal, per Bob Nightengale of USA TODAY.

Strasburg was terrific during the regular season for the Nationals, as he led the National League in wins and innings pitched at 18 and 209, respectively.

He came up huge during the playoffs for the Nats, by accumulating a 1.98 ERA in 36 1/3 innings pitched.

Strasburg has the third-lowest career postseason ERA since 1913 at 1.46, per MLB Stats.

Stephen Strasburg has provided his very best when the stakes are highest. pic.twitter.com/arqRWGGToO

The Nats signing Strasburg to this contract carries risk, as Strasburg has dealt with several injuries in his career.

However, he proved this past season; he’s one of the best starting pitchers in the NL when healthy.

If there was a team to break the bank for Strasburg, it’s logical that the team would be the Nats, considering they know him the best.

The team won the World Series last year, due to having a steady pitching rotation, and it will be interesting to see if they win more titles while Strasburg is with the club.

The Los Angeles Angels made a huge splash a couple of days ago, when they signed third baseman Anthony Rendon to a seven-year, $245-million contract, per Jon Heyman of MLB Network.

The contract for Rendon has a full no-trade clause, no opt-clause, and no deferred money, per Mark Feinsand of MLB.com.

Rendon's contract includes a full no-trade clause and no opt-out, per source.

The deal for Rendon is the largest free-agent contract ever given by the Angels, per Sarah Langs of MLB.com.

Of course, Mike Trout has the largest contract overall. As he should. But that wasn't a FA contract.

It’s also the highest contract, in terms of average annual value, for a third baseman in MLB history, per MLB Stats.

They call it the hot corner for a reason. pic.twitter.com/1WM5VS0xX5

He also led the NL in doubles and RBIs at 44 and 126, respectively.

Rendon played a significant role in helping the Nats win the World Series as he had a .276 average and .930 OPS with two home runs and eight RBIs during the Fall Classic.

The Angels have a solid lineup with Rendon, outfielder Mike Trout, and two-way player Shohei Ohtani.

The team still has work to do during the offseason as they need to add starting pitchers to have a chance at competing for a playoff spot next year.