Randy McGilberry: A Wrong That Needs To Be Corrected 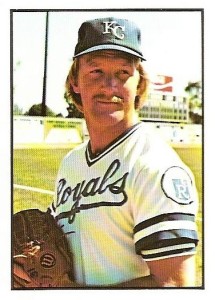 Randy McGilberry knows a wrong when he sees one. So he knows that Tony Clark, who is the head of the Major League Baseball Players’ Association (MLBPA),  is committing a blatant one.

He hasn’t vowed to smack Clark upside the head, or anything that dramatic. At least not literally. The popular expression is used as a last resort when reasoning and pleading don’t work.

But rest assured, the Mobile-born McGilberry, 66, who is the president of the Alabama Correction Officers Association, wants Clark to listen to what he has to say.

Clark refuses to go to bat for the 626 retirees, including McGilberry, who aren’t receiving pensions for their time playing Major League Baseball (MLB).

A onetime Kansas City Royals pitcher who appeared in 21 games for the team during the 1977 and 1978 seasons, he attended Satsuma High School before playing his college ball at Louisiana Tech University.

When he played, McGilberry never made more than the $21,000 minimum salary. Since the average player made $4.47 million last season, and the minimum salary goes up to $563,500 in 2020, McGilberry doesn’t understand why Clark won’t do the right thing for him and the other men affected, including Foley’s Bill Edgerton and Muscle Shoals’ Randy Tate.

All these men have been getting since 2011 are non-qualified retirement payments of $625 for every 43 game days they were on an active MLB roster, up to a maximum payment of $10,000. Meanwhile, the maximum IRS pension limit for a vested retiree is $225,000.

Neither MLB nor MLBPA wants to retroactively restore these men into pension coverage; instead, taxes are taken out of the nonqualified retirement payment, which cannot be passed on to a surviving spouse or designated beneficiary. So when McGilberry passes on, the payment he is currently receiving passes away too.

Imagine you were called up on August 15 of last year by your favorite team and stayed on its roster till October 1. You never played a game, never pinch ran, never pinch-hit, never was used as a defensive replacement. All you did was sit on the bench. For your 43 game days of service, because you played after 1980, you know what you’re guaranteed when you turn 62-years-old?  A pension of $3,589. And that pension gets passed on to your loved ones when you die. But Mr. McGilberry’s non-qualified monies don’t get passed on to his survivors when he passes on, in spite of the fact he was on an active roster much longer than you were.

Is this fair?  Of course not. Even giving each man a flat $10,000 – which is what the so-called pre-1947 players received, namely, those men who didn’t pay union dues because they played before the establishment of the pension plan in 1947 – would be better than this ridiculous actuarial computation, says McGilberry.

As a union executive himself, McGilberry is more than puzzled by Clark’s attitude. “Over 600 of us have been tossed to the side while the stars of today benefit from something we were part of called the player’s union, and you and the union ignore us while we helped build it,” he recently wrote. “Instead of helping our group that has been forgotten by players who are now reaping the benefits of our labor, we’ve been excluded.

“Didn’t we earn our wings too?” he asks.

Unions are supposed to help hard-working women and men in this country get a fair shake in life. But the so-called MLBPA labor leader doesn’t seem to want to help anyone but himself — Clark receives a MLB pension AND an annual salary of more than $2.1 million, including benefits, for being the head of the union.

McGilberry will keep pleading his case to Clark since only the union can introduce this item in collective bargaining negotiations with the league. And if I were Clark, I’d listen.

After all, those correction officers know how to smack people upside their heads.

Douglas J. Gladstone (@GLADSTONEWRITER) is the author of “A Bitter Cup of Coffee: How MLB & the Players’ Association Threw 874 Retirees a Curve.” His website is www.gladstonewriter.com