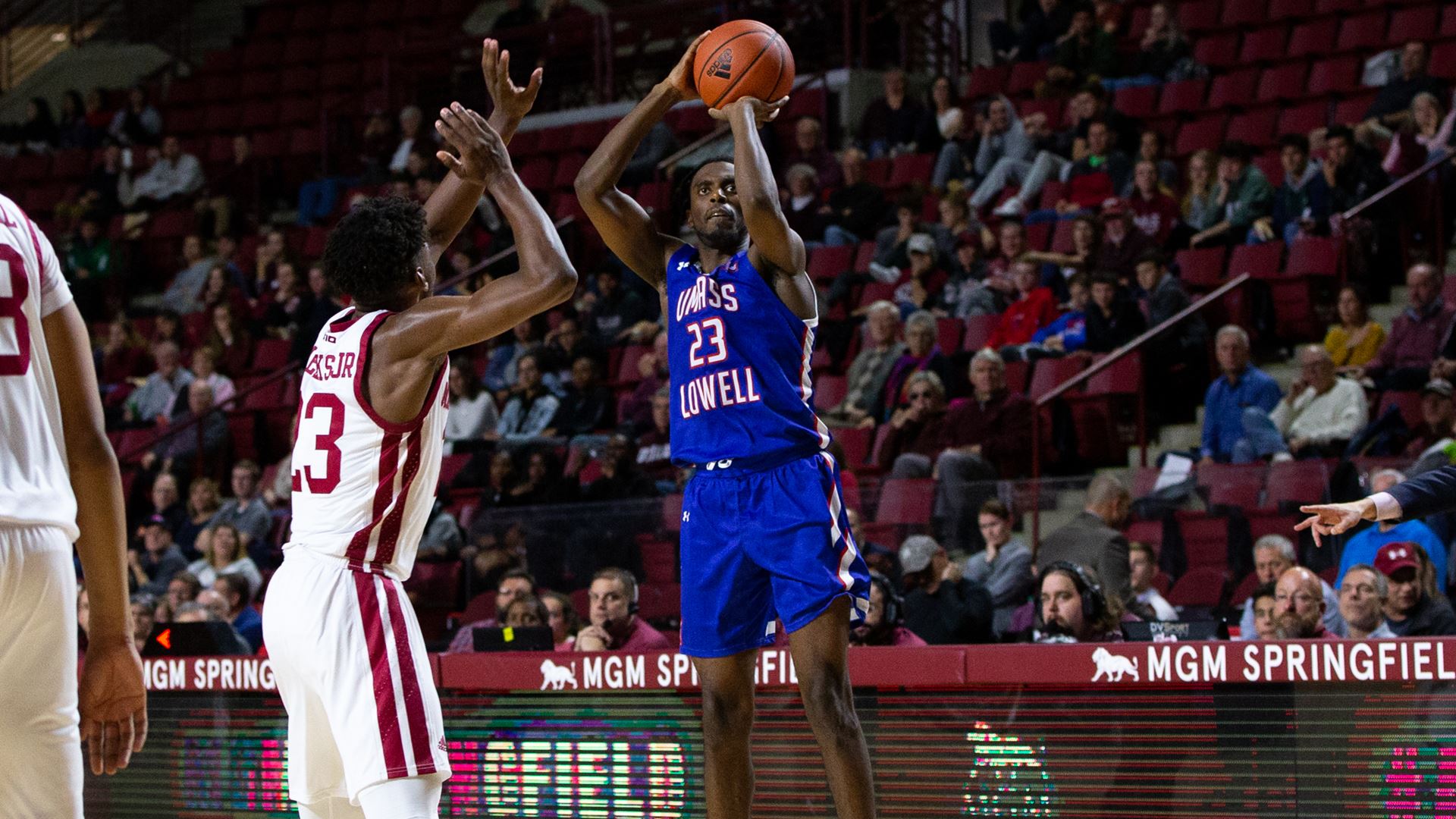 “What a great win against a good team on the road,” said Head Coach Pat Duquette. “We didn’t feel like we played well in our opener, so we are really happy to bounce back against a team that’s picked to win their conference. Our guys fought back from an early deficit and in the last 30 minutes, played great basketball.”

With his performance, Lutete broke the previous school record for single-game points (48), which had stood for 53 years. He also became just the second America East player ever to tally 50 or more points. Sophomore Obadiah Noel (Frederick, Md.) added 21 points and a personal-best 13 rebounds for his first career double-double in the team’s first win of the year. Freshman Connor Withers (Manasses, Va.) grabbed 11 boards of his own, as well.

Noel scored the River Hawks first eight points of the night, but the Sharks led by as many as 12 in the opening minutes. The visitors settled in and battled back, though, as Withers knocked down a bucket on consecutive possessions to spark a 15-2 run that was capped off by a three from Lutete to give UMass Lowell its first lead at 28-27 with 7:28 remaining in the first.

The teams traded baskets with three quick lead changes before freshman Ron Mitchell (Philadelphia, Pa.) knotted the game at 34-34 at 3:13. The River Hawks forced two more stalemates and used an and-1 from Lutete and layup through traffic from Noel to take a 41-38 advantage into the break.

LIU opened the second with a triple to erase the difference. Both sides fought for an edge, as the board was even four more times until Noel converted on a pair of free throws and Lutete followed with a layup to put the River Hawks on top, 54-53, with 13:16 to play.

The Sharks continued to pressure and used a three to regain the upper hand, 58-57, but Lutete and sophomore Allin Blunt (Bowie, Md.) combined for six straight points to put the River Hawks ahead for good, 63-58, at 9:33. The home team was back within a basket with just over six minutes to go before graduate student Josh Gantz (Grove City, Ohio) hit a big three that helped his squad stretch their lead to double digits for the first time, as the River Hawks pulled away for the 87-74 victory.

Friday’s contest marked the fourth meeting between UMass Lowell and LIU. The all-time series is now tied 2-2. The River Hawks will wrap up their season-opening road swing at Ohio State on Sunday, November 10. Tipoff for that contest is set for 4 p.m.