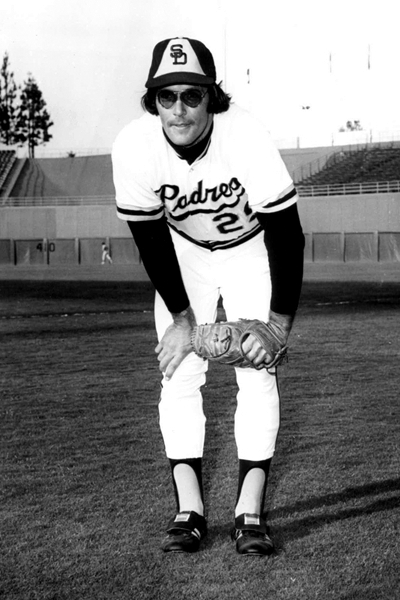 Former MLB San Diego Padres’ pitcher Lowell Palmer, 71, has filed for bankruptcy on two occasions. He has had 28 surgeries, including open-heart surgery, and cannot lift either of his arms above his shoulders. His prescription drugs are paid for by the State of California. Other than the $6,262 net payment he receives every February from Major League Baseball (MLB), the only other source of income he gets is the $18,000 he receives each year in Social Security.

Talk about a guy who could use a pension.

Let’s talk about it. Better yet, let’s write about it. But nobody in the San Diego media market is willing to do that.

Pitch the San Diego Union-Tribune this story, about the 600 plus retirees being hosed by MLB and the Major League Baseball Players Association (MLBPA), and all you hear are crickets. If it wasn’t for the East Village Times, nobody would know how such former Padre players as John Balaz, Don Reynolds and the widow of the late Dave Hilton are being taken advantage of.

The San Diego Community News Group? The Times of San Diego? Never even got back to me. The San Diego Reader? Don Bauder showed only perfunctory interest. But the San Diego Union-Tribune is the worst.

Blanca Gonzalez refuses to publish my opinion columns. Former staffer John Freeman has tried to intercede and pitch Balaz’s story, to no avail. Jeff Sanders showed a lot of initial interest, but I haven’t heard from him in over a year. Nick Canepa? The so-called Godfather? Make him an offer to write about this blatant injustice and he does refuse. Actually, an outright refusal from Canepa would be a step up, since he has never actually acknowledged any of my pitches.

Same with Dennis Lin, who used to cover the Padres for the Union-Tribune and now does that for The Athletic.

See, for the media, this is all about access. They don’t want to lose it. So they don’t want to take the MLBPA’s Tony Clark to task for his failure to go to bat for the men like Palmer. They don’t display guts. If Woodward & Bernstein had practiced this kind of reporting, Nixon would have gotten away with Watergate.

To a former Fourth Estater like myself, that’s not journalism.

As for MLB Commissioner Rob Manfred, he doesn’t even have to entertain this issue until Clark first broaches it during collective bargaining. So you can imagine how willing Clark is to do that. Part with money he wants his current rank and file to receive to help a lot of old men? All the guys like Palmer did was endure labor stoppages, go without paychecks and stand on picket lines 47 years ago so free agency could be ushered in, The same free agency that Manny Machado and Eric Hosmer have taken advantage of.

Some have mistakenly written that these guys didn’t play long enough and that’s why they’re not worthy of getting a pension. Not play long enough? Palmer had 3 1/2 years of service, thanks to his having appeared in 106 career games and hurled 316 and two-third innings. He made 25 starts, threw two complete games and earned five victories, including one shutout.

Today, all you need to do to earn a pension when you’re 62 is stay on a roster for 43 game days.

The guys like Palmer are being penalized for playing the game they loved at the wrong time.

Somewhere out there, somebody is going to do the right thing and write about this story. Maybe Bryce Miller. Maybe somebody else.

We need men and women who aren’t afraid to shine the spotlight on this dirty little secret.

It’s the least we can do for the guys like Lowell Palmer.