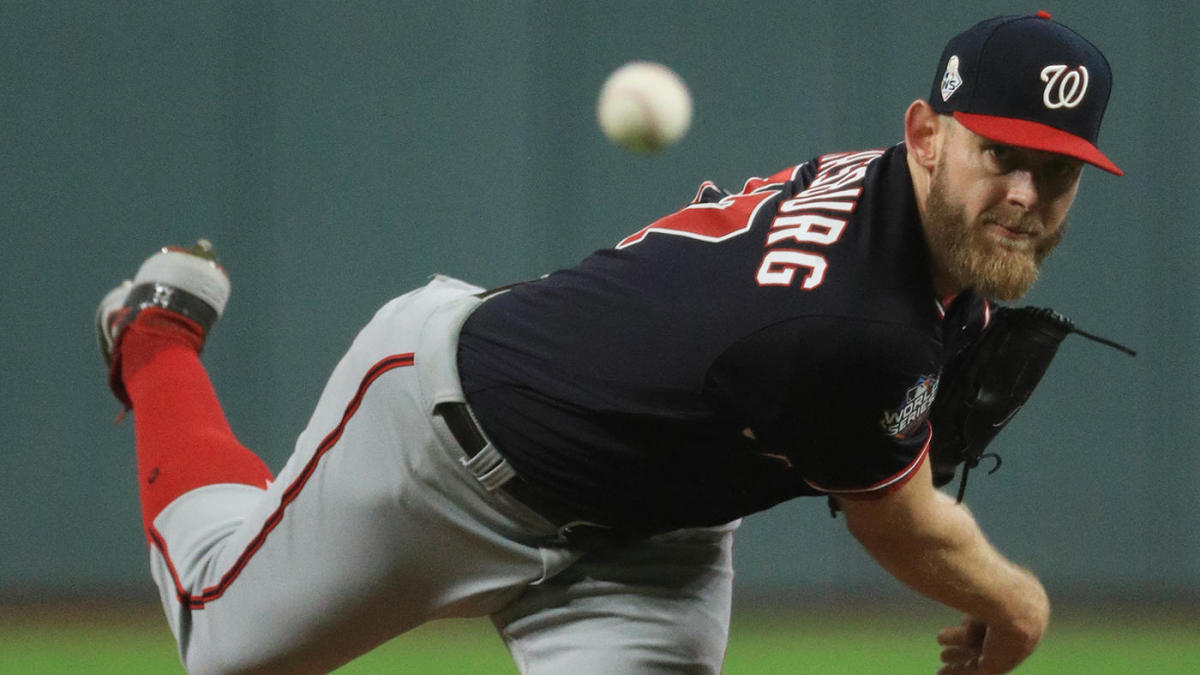 The last week in MLB was about a starting pitcher in the National League, who has decided to exercise his opt-out clause, and two teams have selected new managers.

BREAKING: Stephen Strasburg has opted out of the final four years and $100M of his deal with the Nationals.

Strasburg still has four years and $100 million left on his seven-year, $175 million deal that was signed seasons ago.

He’ll also receive an extra $30 million in deferred money from the Nationals over the next three years. The right-hander is still eligible to receive a $17.8-million qualifying offer from the Nats, which ties him to draft-pick compensation.

Strasburg using the opt-out clause, is logical as he had a stellar regular season and was better in the postseason.

He can receive a more significant contract in free agency than the amount that was left on his previous deal.

Strasburg becoming a free agent, puts the Nationals in a tough situation.

He isn’t the only crucial player that’s a free agent for the team as third baseman Anthony Rendon will enter free agency.

The team would love to sign both players to long-term deals, but it would be extremely tough from a financial perspective.

Rendon will probably sign for a long-term deal, which exceeds a total value of $200 million, and Strasburg will be seeking a similar contract.

The New York Mets have selected Carlos Beltran to be their next manager, per Anthony DiComo of MLB.com.

Source: The Mets plan to make Carlos Beltrán their next manager.

The terms of the contract are for three years with an option, per Marly Rivera of ESPN.

Club sources say the New York Mets’s offer to Carlos Beltrán is for three years, with an option. https://t.co/on2K98GY5u

Perez offered congratulations to Beltran after he didn’t get the job.

I would like to thank the #Mets for the incredible opportunity to have interviewed for the managerial position. That being said, I am even prouder that @CarlosBeltran15 is going to be the next manager of the @Mets. Estoy #orgulloso de nuestra bandera!🇵🇷🇵🇷🇵🇷

Beltran was working as a special adviser with the New York Yankees before the Mets selected him to be their manager.

The former player spent 20 seasons in MLB, which included seven years with the Mets. The last season for him in 2017 ended on a high note as he was part of the Houston Astros that won the World Series.

Though Beltran has no experience managing, he respected universally within the baseball community for his knowledge of the game.

The success Beltran has with the Mets will depend on what the club does during the offseason. The team needs to fix their bullpen and add a starting pitcher.

The Kansas City Royals have named Mike Matheny as their manager, per a team announcement.

We have named Mike Matheny the 17th manager in franchise history. #AlwaysRoyal pic.twitter.com/vAmBUz3B1a

He will be the 17th manager in the history of the franchise.

The Royals were looking for a new manager when Ned Yost retired at the end of the 2019 regular season.

Matheny was a skipper for the St. Louis Cardinals from 2012-18, which includes guiding the club to a World Series berth in 2013. He compiled a record of 591-474 with the Cardinals.

Matheny has worked with the Royals as a special advisor for player development since last November.

The Royals are in a rebuilding phase, and it will be several years until they’ll be competitive.