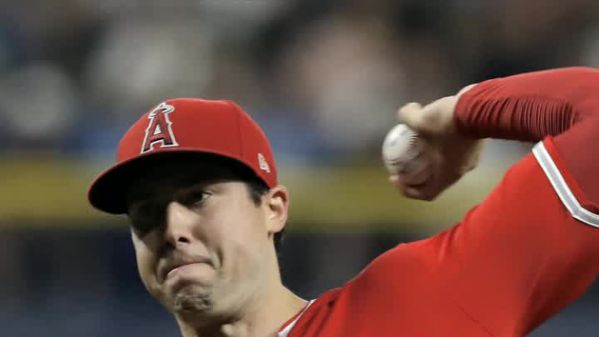 The previous week in MLB was about a player passing away, a player in the National League who was suspended, and a pitcher in the American League was placed on the injured list.

The Los Angeles Angels suffered a monumental loss last week as pitcher Tyler Skaggs passed away at the age of 27, per a statement released by the team.

Skaggs died in a Texas hotel, and it’s crushing news for the Angels franchise, the baseball community, and the Skaggs family.

The left-hander was a first-round draft pick by the Angels in 2009 and spent the past five years with the team.

He was beloved by his teammates and will be missed as he meant a great deal to them.

There were several gestures by people within the baseball world in the days since Skaggs passed away.

One of those gestures which stood out was by Washington Nationals starting pitcher Patrick Corbin. Corbin wore a No.45 jersey in his last start against the Miami Marlins.

Corbin usually wears No.46 but honored Skaggs by wearing his number.

The two pitchers were best friends as they were both drafted by the Angels in 2009. The pair were on the same minor league team in 2009 and 2010.

It was a great thing that MLB allowed Corbin to honor his friend in this fashion.

The Angels will wear a patch to honor Skaggs for the rest of the 2019 season.

Philadelphia Phillies outfielder Odubel Herrera has been suspended for the rest of the 2019 campaign, including the playoffs, per Ryan Fagan of Sporting News.

And the release from MLB, on Odubel Herrera’s suspension. pic.twitter.com/pbcLuwSBSV

The unpaid suspension will be retroactive to June 24 and will span at least 85 regular-season games.

Herrera’s suspension is the second-longest issued by MLB since the domestic violence policy was established before the 2016 season, per Meghan Montemurro of The Athletic.

Herrera’s suspension is the 2nd-longest issued by MLB since the domestic violence policy was implemented before the 2016 season. San Diego’s Torres was suspended 100 games last year. #Phillies https://t.co/MANtFlQpHN

Herrera was arrested in May and charged with assault following a domestic violence incident at the Golden Nugget Hotel and Casino in Atlantic City, NJ.

Herrera appeared in court last week in which the assault charge against him was dismissed after his girlfriend dropped the charge.

However, the joint domestic violence policy allows MLB to discipline Herrera, even though he isn’t facing criminal charges.

Herrera appeared in 39 games for the Phillies in 2019 before being arrested and was placed on administrative leave.

The Minnesota Twins have placed starting pitcher Jake Odorizzi on the injured list with a blister on his right middle finger, per a team announcement.

Odorizzi struggled in his last outing against the Oakland Athletics as he surrendered six runs (five earned) in three innings.

The team decided to place him on the IL after this poor start due to the blister problem, per Do-Hyoung Park of MLB.com.

The right-hander will miss the All-Star Game as the Twins hope the long break will provide the chance for his blister to subside.

The Twins have been a major surprise this season and will need Odorizzi healthy in the second half to ensure they win the American League Central division.