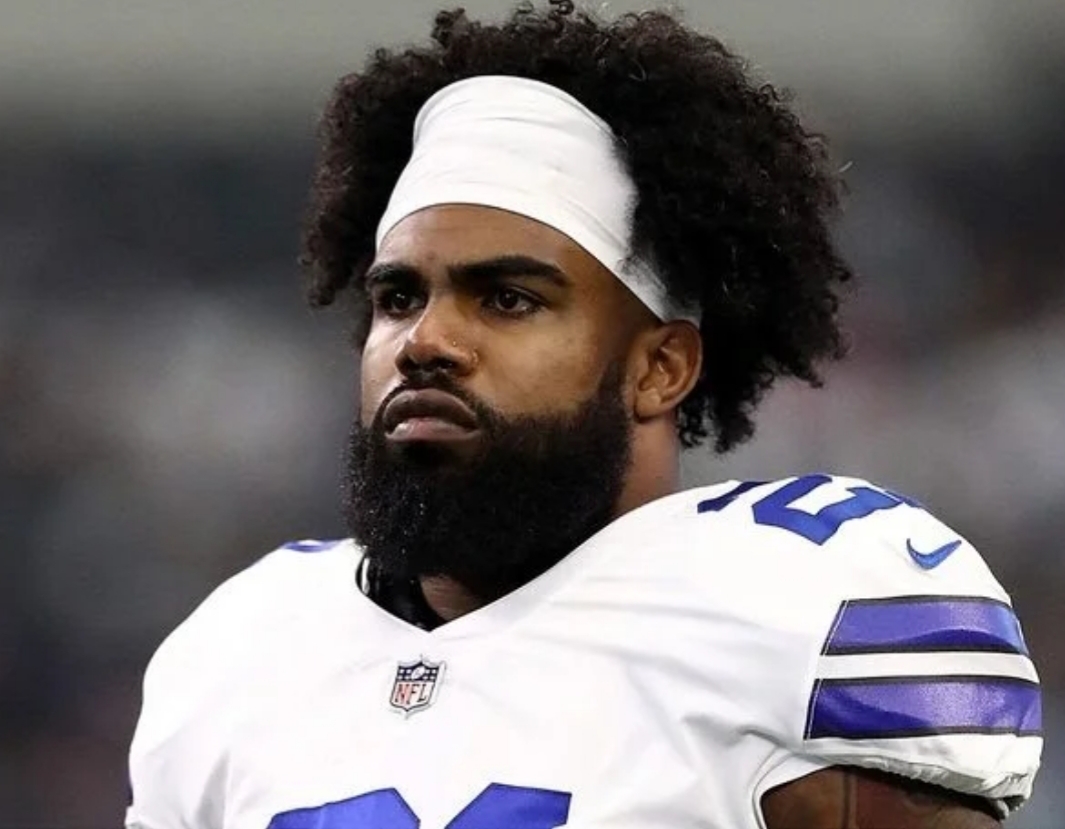 The past 18 months or so have been drama free for Ezekiel Elliott since his six-game suspension in 2017 over domestic violence allegations. 2018 saw him not only lead the league in rushing for the second time in three years, but he was the driving force behind the Dallas Cowboys winning their third NFC East title since 2014. Everything was going smooth heading into 2019, until this latest hiccup.

TMZ released a video of Elliott apparently having a disagreement with his girlfriend in Las Vegas at the EDC music festival around 3 am on Saturday, May 18th. Before the incident escalated any further he wisely walked away and grabbed something to eat, a very wise decision. However, he was approached by a security guard shortly after and things got a little heated. The two men would exchange words as they were chest to chest and the guard was knocked down to the ground, or so he claimed. After briefly being detained Elliott was released without any charges being pressed.

In a normal world that would be the end of this story, but unfortunately, that’s not the life of an NFL star, especially one that has a star on his helmet. The league has made it perfectly clear that charges or arrest do not have to be made in order to be punished by them. Article 46 in the CBA gives NFL Commissioner Roger Goodell the power to rule as he sees fit. The personal conduct policy has been something he’s been extremely strict on, and this latest incident with Elliott falls under that umbrella. Fortunately, things worked out, in this case, a lot better than they did in 2017 for the Cowboys driving force on offense.

After a face to face meeting with the commissioner on Tuesday, Elliott was told he would not face any punishment and that his behavior didn’t violate the league’s personal conduct policy. Considering he’s already had a few incidents in his career, and how easy Roger Goodell could have dropped the hammer, this is a huge victory, and hopefully motivation to not have any more mishaps.

Elliot would release a statement apologizing for his poor decision making shortly after his meeting the commissioner.

The timing some would say isn’t good, but Stephen Jones to bed any questions that the incident would derail future contract negotiations. One thing the Cowboys have shown a history of doing is making sure all their bases are covered, this situation isn’t any different. Everything is business as usual as far as locking up the All-Pro Running Back long term in the near future, making this just another one of those building blocks in the maturation process.

It’s time for Ezekiel Elliott to be smarter, that’s really it. He’s not a normal 23-year-old. He plays for the Dallas Cowboys, the most recognizable sports team in the world. You’ve already had multiple off the field incidents in your first three years, don’t allow yourself to be caught in these situations. You have too much to lose and most people want to see you lose. Now he can put this all behind him and focus on leading the Cowboys to back to back playoff appearances.