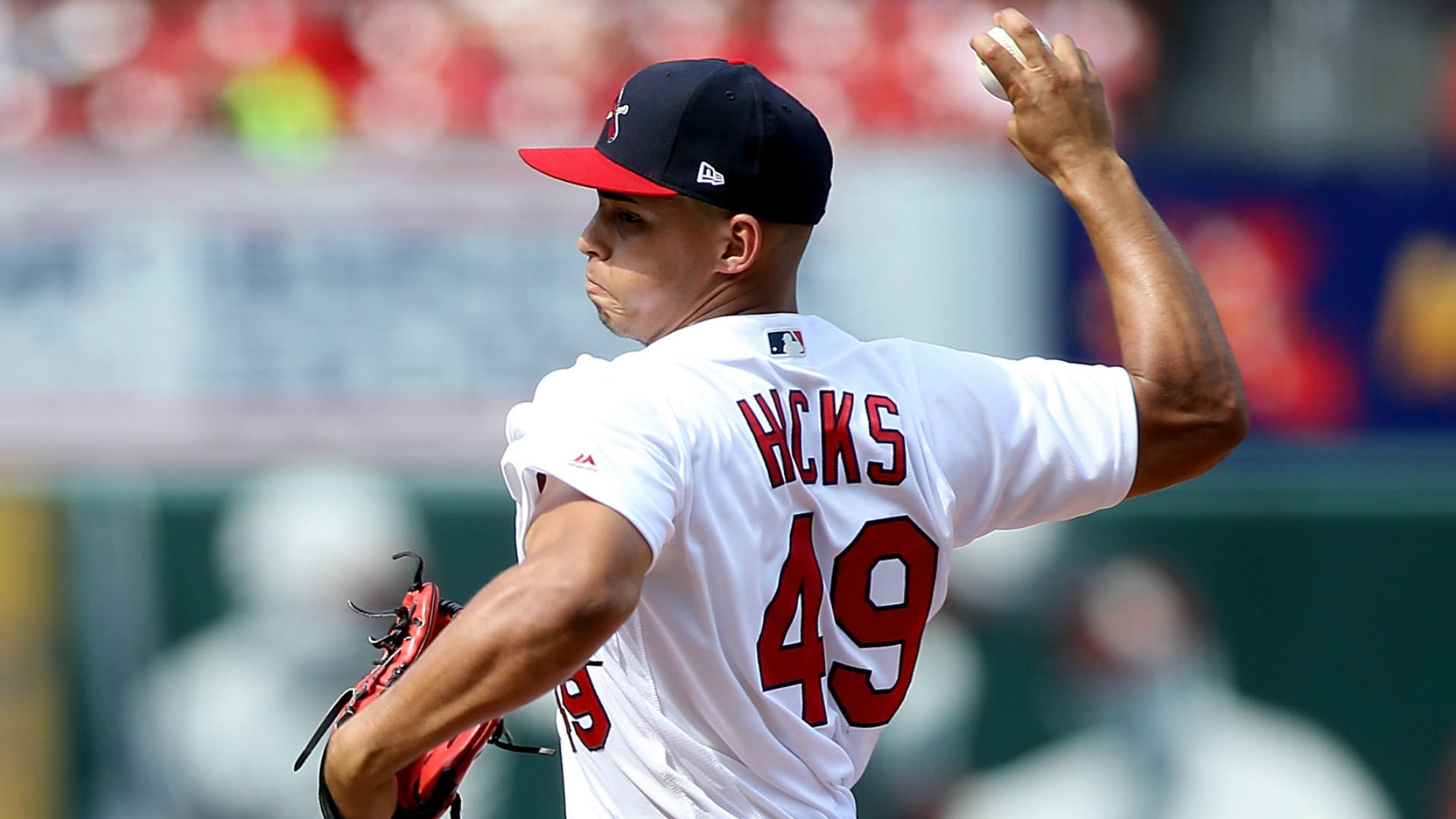 The St. Louis Cardinals will be without a crucial part of their bullpen for the rest of this season, and beyond as closer, Jordan Hicks underwent Tommy John surgery earlier this week, per Derrick Goold of the St. Louis Post-Dispatch.

– Jordan Hicks had elbow surgery this morning in STL, performed by Dr. George Paletta, who does many TJ procedures. Went as expected.

– Tommy Edman at 3B … and leadoff tonight in final home game until after the All-Star break.#cardinals #Stlcards #MLB

He expected to be sidelined between 12-13 months, per Mark Saxon of The Athletic.

Hicks was forced to leave an outing on June 22nd against the Los Angeles Angels early as the injury was initially diagnosed as triceps tendinitis.

Hicks is one of the hardest throwers in baseball, as he features a sinker which reaches 103 mph.

The loss of Hicks is monumental as he leaves a massive void in the backend of their bullpen. The team will be looking for a closer with the trade deadline about a month away.

The Cardinals are still in a good position for a playoff spot as they sit four games back in the National League Central and are three games back for the second Wild Card spot in the NL.

The New York Yankees have placed outfielder Giancarlo Stanton on the injured list with a right knee sprain, per a team announcement.

Following today’s game, the Yankees placed OF Giancarlo Stanton on the 10-day IL with a right knee sprain and recalled OF Mike Tauchman from @swbrailriders.

He suffered the injury early last week against the Toronto Blue Jays.

Yankees general manager Brian Cashman said that Stanton would be playing again during August, per Bryan Hoch of MLB.com.

Cashman said “it’s going to be a while” for Stanton, and called August “the sweet spot” to get him back playing again. Anything earlier would be a bonus. https://t.co/JtSGPi8yYs

This is the second time Stanton will be on the injured list this season as he was out of action for more than two months with biceps, shoulder and calf injuries.

He was just activated off the injured list about a week ago before having this latest injury.

Under normal circumstances, a team losing someone like Stanton would be a crushing blow. However, the Yankees have had other players step up in his absence.

The club is hopeful Stanton returns around August and can remain healthy for the final weeks of the regular season.

The Chicago Cubs will be without one of the better pitchers in their starting rotation as they placed left-handed pitcher Cole Hamels on the injured list with a left oblique strain, per a team announcement.

The #Cubs today placed LHP Cole Hamels on the 10-day IL with a left oblique strain.

RHPs Dillon Maples and Rowan Wick have been recalled from @IowaCubs.

OF Carlos González has been designated for assignment. pic.twitter.com/rGik3zHjlg

Hamels had to leave during the second inning while throwing his warm-up pitches of Friday’s game against the Cincinnati Reds.

The loss of Hamels is enormous as was having a fantastic 2019 season with the Cubs.

He is expected to undergo an MRI today to determine how long he will be sidelined.

This type of injury can be tricky for pitchers, as they might come back in a couple of weeks or it can take several months until they’re healthy.

The Cubs’ rotation is already thin as they’re without starter Kyle Hendricks, so hopefully, Hamels won’t be on the injured list for too long.