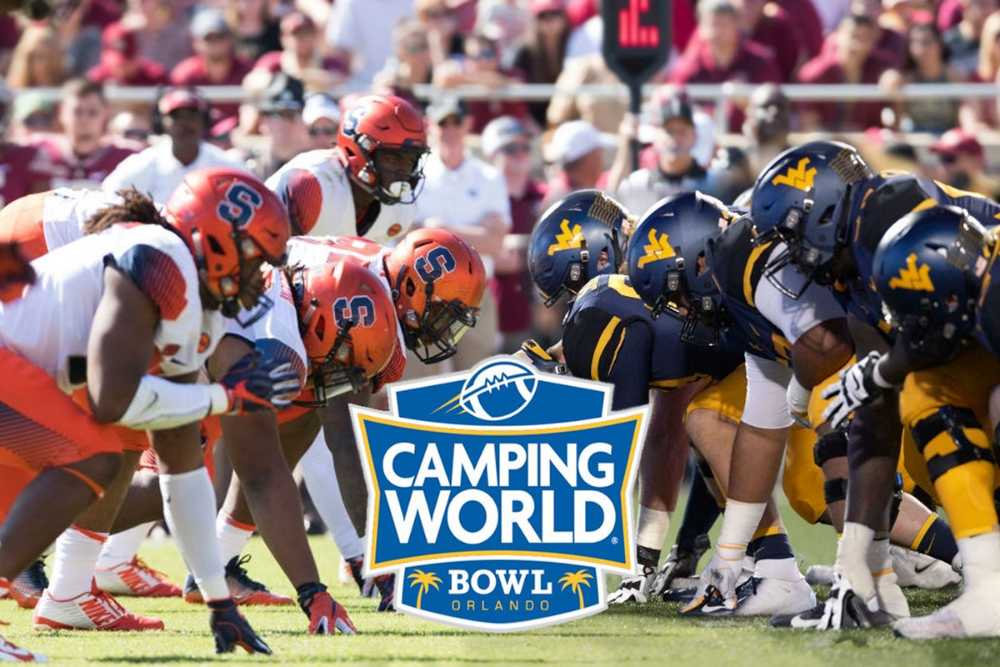 The 2018 Camping World Bowl was a game of tit for tat for the three and a half quarters but in the last 5:01, the Syracuse Orange dropped the hammer and scored the game’s final 17 points in route to a 34-18 victory over #15 West Virginia. The Orange sent their senior quarterback Eric Dungey out on top with a balanced attack on offense and a defense that only yielded six points in the 2nd half.

Dungey, the senior quarterback from Lake Oswego, Oregon was named the game’s MVP passing for 303 yards. He managed to get 177 of those in a big second half for the Orange. He threw for one score, had two picks and added 20 yards rushing.

The running game that had been so good all year could not get in gear all night. Syracuse’s backs totaled just 114 yards on 40 carries led by Moe Neal’s 42. Penalties were also a problem for the Orange as they got flagged 11 times for 90 yards.

Abdul Adams and Trishton Jackson combined to score three touchdowns in their Syracuse debuts and the 17th-ranked Orange got their first 10-win season since 2001.

As for West Virginia, who was without their star Quarterback Will Grier, the Mountaineers were able to get a preview of Jack Allison who is likely to be their starting quarterback for the 2019 season. Allison was 17 of 35 for 277 yards and had nine completions go for at least 15 yards.

This marks the third consecutive Bowl loss for the Mountaineers.

Coach Dana Holgorsen said after the game that he was proud of the effort of his young quarterback especially considering it only taken about 10 or 11 snaps the entire season.

After the game, I had a chance to ask Syracuse Coach Dino Babers who appeared on the Jim Rome Show back in September if “jungle karma” was real. “Romie is one of those guys that never changes I know where he used to be and I know where he is now,” Babers said.

For the Orange, the combination of the 10-win season, returning talent at running back and one of the hottest young coaching commodities in the game will certainly have expectations raised for the 2019 version of the Syracuse Orange.