ORLANDO–The 17th ranked UCF Knights were looking for a signature victory. Not only did they get it, but they may also have found their quarterback of the future. Starting quarterback and true freshman Dillon Gabriel was an efficient 22 for 30 passing for 347 yards and four touchdowns. The Knights jumped out to a quick 21-point lead before Stanford even knew what hit them. By halftime, the lead swelled to 31 points and the game was never in doubt.

Running back Greg McCrae, who was the first UCF Knight to rush for over a thousand yards in a season since 2013, ran for over 100 yards helping to provide a balanced attack for the UCF offense.

Speaking of offense, the Knights amassed 418 yards of total offense in the first half which ultimately led to their 29th straight game scoring at least 30 points.

“Pretty straightforward today, we got beat by a very good football team. Going into it all this Group of Five talk … I don’t know what any of that stuff is,” Stanford coach David Shaw said. ”Doesn’t matter. What matters is they’ve got talent, they’ve got speed. They’ve got playmakers, and they’re a tough team … one of the best teams in America the last two years. They don’t need a statement win.”

Don’t tell that to the UCF Knights who are now winners of 28 consecutive regular-season games. Since the game was the 3:30 game on ESPN, the Knights had extra motivation to prove to the country that not only are they one of the best offensive juggernauts in college football history, but they are indeed a legitimate contender and deserve to be considered for the college football playoff if they finish a third consecutive regular season with an undefeated record. 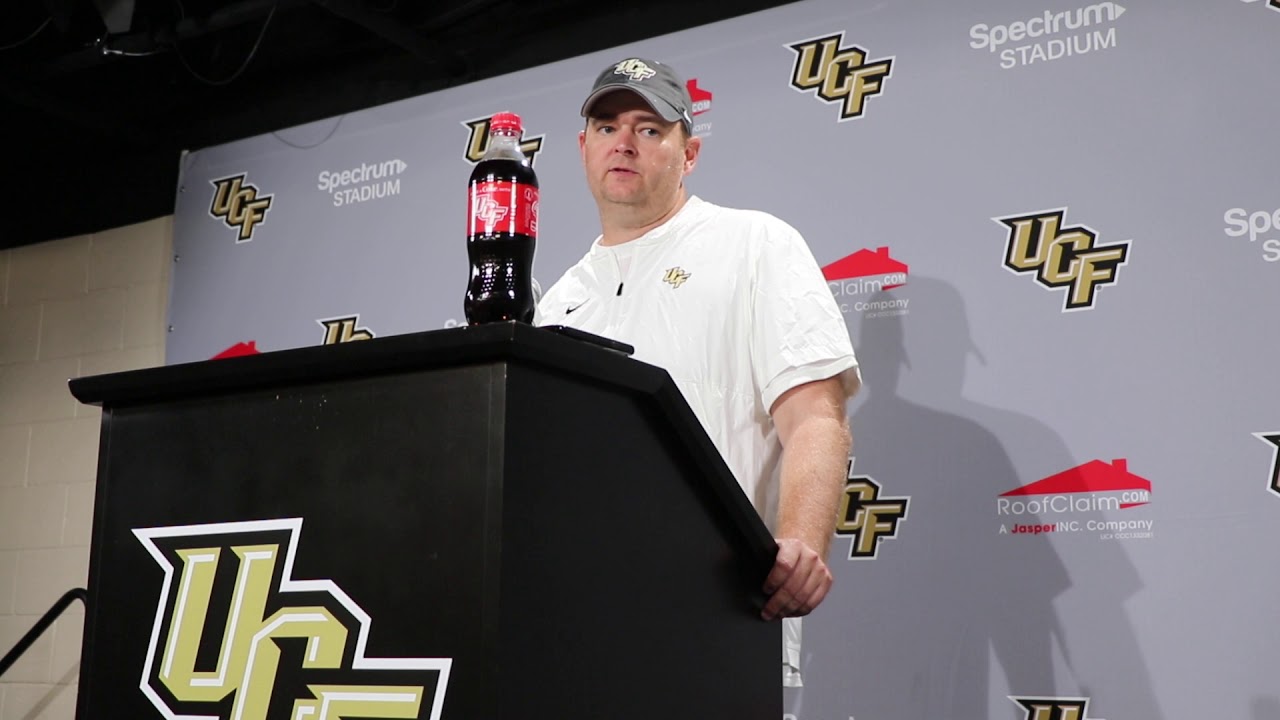 The Knights and Coach Heupel, who just a couple of weeks ago didn’t know who was going to be there starting quarterback, have a pretty good idea now who that person will be now. The good news for the UCF Knights is they certainly have depth at quarterback, as well as running back, and the offensive firepower continues to be more and more impressive as they continue to rewrite the record books.

Next week, the Knights we’ll get another Power 5 opponent in the Pittsburgh Panthers who played last season in the ACC Championship Game losing to the Clemson Tigers. Last year in Orlando, the Knights dominated Pittsburgh 45-14 as the Panthers had no answer for the Knights high-powered offense in the stifling Orlando Heat.

Next weekend, with the game in Pittsburgh, that won’t be an issue and UCF will once again need to bring their A-game and will likely need to extend to straight games of 30 or more points in order to beat the Panthers next week in Pittsburgh.