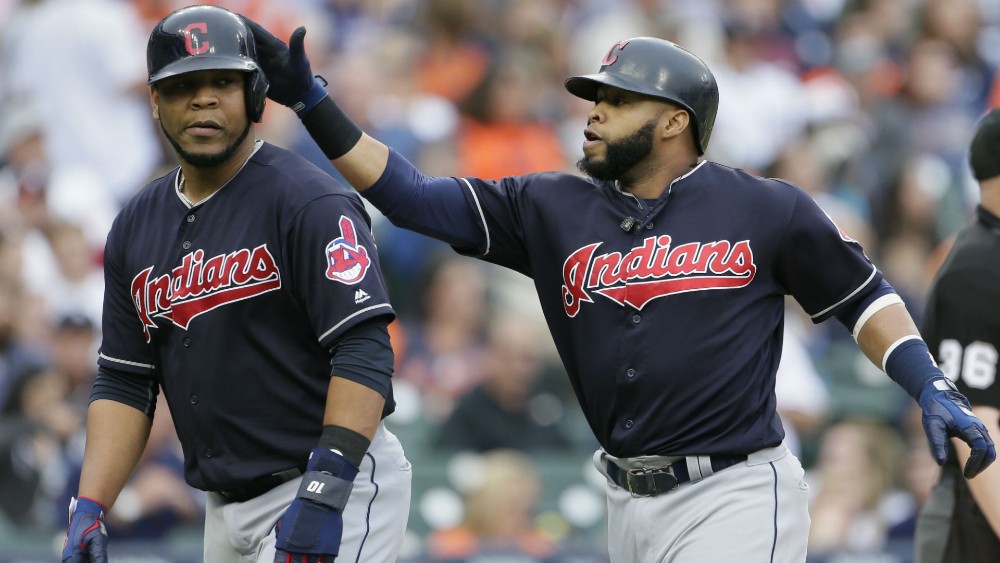 The previous week in MLB was about a team in the American League who continues to make trades, a reliever inks a multi-year deal, a veteran outfielder signs a contract and an AL team add a quality starting pitcher.

The Seattle Mariners have been a busy team this offseason, and they were part of another significant trade a couple of days ago with the Cleveland Indians and Tampa Bay Rays.

The Mariners have acquired the 1B/DH and a compensatory Round B draft pick from the Indians in exchange for 1B Carlos Santana. Read  more: https://t.co/fwWVvw6eRE pic.twitter.com/ON11UyItvo

We have acquired 1B Carlos Santana from Seattle and 1B/OF Jake Bauers from Tampa Bay in exchange for DH Edwin Encarnacion and INF Yandy Diaz, respectively.

Seattle will also receive our 77th pick in the 2019 Competitive Balance Draft; Tampa Bay, a player to be named later. pic.twitter.com/SaqUk5ffTn

The Mariners also receive cash considerations from the Rays, and a competitive balance draft pick from the Indians.

The Rays received infielder Yandy Diaz and pitcher Cole Sulser from the Indians in exchange for first baseman/outfielder Jake Bauers.

The Indians signed Encarnacion to a three-year, $60 million contract two years ago. He has a $20 million team option or a $5 million buyout for 2020.

Encarnacion was a solid hitter for the Indians last season as indicated by his .246 batting average and .810 OPS in 137 games with 32 home runs and 107 RBIs.

The DH crushed 30-plus homers and tallied 100-plus RBIs for the third consecutive season.

Seattle recently acquired Santana from the Philadelphia Phillies and traded him back to the club in which he spent the first eight seasons of his career.

Santana struggled in his first season with the Phillies as he posted a slim .229 average but had 24 home runs and 86 RBIs.

The Rays sent Bauers to the Indians, who had a promising rookie campaign with them last year, by accumulating a .700 OPS with 11 homers in 96 games.

However, they received someone in Diaz who can play multiple positions and was a good hitter. He compiled a .312 average and .797 OPS with 15 RBIs in 39 games last year.

The deal was interesting for all three teams involved.

The Indians received financial flexibility and young talent; The Rays add a pair of players who could help them next year and the Mariners add a proven slugger.

The other intriguing aspect of this deal was Mariners’ general manager Jerry Dipoto completed the deal from the hospital, per Ryan Divish of the Seattle Times.

Yes. Jerry Dipoto finalized the trade for Encarnacion from his hospital bed with assistant GM Justin Hollander standing there. Hollander has a picture of it.

Dipoto was admitted to a Las Vegas hospital after developing blood clots in his lungs, per Jim Bowden of The Athletic.

Prayers and thoughts with #Mariners GM Jerry Dipoto who developed a series of blood clots in his lungs which led to him being submitted to a local hospital in Las Vegas…fortunately he will be released from the hospital today.

The Los Angeles Dodgers have signed reliever Joe Kelly to a three-year deal worth $25 million, per Jeff Passan of Yahoo Sports.

Sources confirm the Los Angeles Dodgers are nearing an agreement with Joe Kelly, as @Ken_Rosenthal and @ByRobertMurray reported. Deal would be for three years and ~$25 million.

However, the right-hander was unhittable during the World Series, by tossing six scoreless innings and striking out 10 batters.

Kelly proved in the Fall Classic he can be a reliable pitcher coming out of the bullpen.

The Dodgers have added a quality arm in their bullpen, while the Red Sox will have to find someone to replace Kelly.

The Philadelphia Phillies have signed a free-agent outfielder to a contract, but it’s not who you think. Outfielder Andrew McCutchen signed a three-year deal with a club option for a fourth year.

OFFICIAL: #Phillies and outfielder Andrew McCutchen have agreed to terms on a three-year contract. The deal includes a fourth-year club option for the 2022 season.

The deal is worth $50 million, per Jon Heyman of Fancred.

McCutchen is a solid veteran hitter and a nice addition for a young Phillies team who is expected to make more significant moves as the offseason progresses.

The signing of McCutchen doesn’t eliminate the Phillies from signing outfielder Bryce Harper to a lucrative multi-year contract.

Charlie Morton’s two-year, $30 million deal with the Tampa Bay Rays includes a third-year “Lackey” option that would offer the Rays cost certainty if Morton were to miss significant time with an injury. Details at Yahoo Sports: https://t.co/EF0AgFpuAM

The deal also includes a third-year option that could be worth about $1 million if he misses time over the first two years due to injury and could be as high as $15 million if he stays healthy, per Passan.

The Rays’ contract for Morton is significant as they normally don’t spend money on free agents.

The addition of Morton is a smart move by the team as they won 90 games last season with only American League Cy Young winner Blake Snell being their only true starting pitcher.