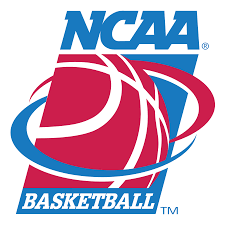 Seton Hall and No. 9 Kentucky faced off at Madison Square Garden in an early game-of-the-season candidate. Myles Powell nailed a step-back 3-pointer with a hand in his face to put Seton Hall up 70-67. Off the ensuing inbound, Keldon Johnson sunk a shot from half court to force overtime. Down 83-81 with 11 seconds remaining in overtime, Seton Hall’s Myles Cale hit a 3-pointer that would eventually prove to be the difference maker in the Pirates victory.

From Sunday through Friday, only nine ranked teams saw action, but that didn’t mean the rest of the week wasn’t without its own excitement.

For the second time, this season the No. 1 team in the nation fell. Gonzaga held the top ranking in the nation since defeating then-No. 1 Duke in Maui on November 21. The Bulldogs fell Sunday to Tennessee in a neutral site game in Phoenix 76-73. Admiral Schofield scored Tennessee’s final 11 points, including a tie-breaking 3-pointer with 24 seconds remaining. He totaled a game-high 30 points. Gonzaga had two chances to tie the game at 76, but Rui Hachimura and Zach Norvell Jr. both misfired from deep. With the win, Gonzaga fell to No. 4 and Kansas regained its preseason No. 1 ranking.

In perhaps the biggest upset of the season to date, Penn defeated No. 17 Villanova at The Palestra, giving the Quakers their first win over Villanova since 2002. Leading by three in the game’s final seconds, Penn threw the ball out of bounds on an inbounds play, giving Villanova one more shot to tie. The mistake didn’t end up costing the Quakers, however, as Phil Booth missed a 3-pointer as time expired and Penn held on. The loss could be chalked up to a rivalry game or to The Palestra’s renowned home-court advantage, but something seems decidedly different about the defending National Champions. Of course, losing four starters to the NBA hurts any program, but the Wildcats weren’t expected to fall this far. While 8-3 isn’t a shabby record, it includes an embarrassing home loss to Michigan 73-46 and now this loss to Penn. Next up for Villanova is a trip to Kansas to face the Jayhawks. A strong showing, even if it doesn’t result in a win, would be a big boost to the team heading into conference play in the wide-open Big East.

South Dakota State may never see the top 25, but the Jackrabbits put up the most impressive offensive stat line of the week. The team scored 90 first-half points in a 139-72 win over Savannah State. Mike Daum led the way with 37 points, and David Jenkins went 8-of-11 from 3-point range. Last March, Daum nearly led the 12-seed Jackrabbits to an upset over 5-seed Ohio State in the opening round of the NCAA Tournament. South Dakota State can score as well as any team in the nation. If they can win the Summit League again, expect them to be a trendy Sweet 16 pick.

On the flip side, No. 11 Texas Tech turned in the best defensive showing of the week, allowing only 10 points on 4-of-27 shooting in the first half of a 79-44 against Northwestern State. The Red Raiders boast the second best adjusted defensive efficiency in the nation according to Kenpom, behind only Michigan. Texas Tech’s offense still leaves something to be desired, but it doesn’t have to do much work considering the team has yielded less than 55 points in six of its nine games.

Only eight undefeated teams remain in college basketball. The most surprising name on the list is Furman, a team that has defeated both Villanova and Loyola-Chicago en route to the best start in program history. Another interesting statistic: 10-0 Nevada is one of two teams in the nation (Maine is the other) to start five redshirt seniors. The experience could pay off come March.