BC Dominated By NC State on Senior Day 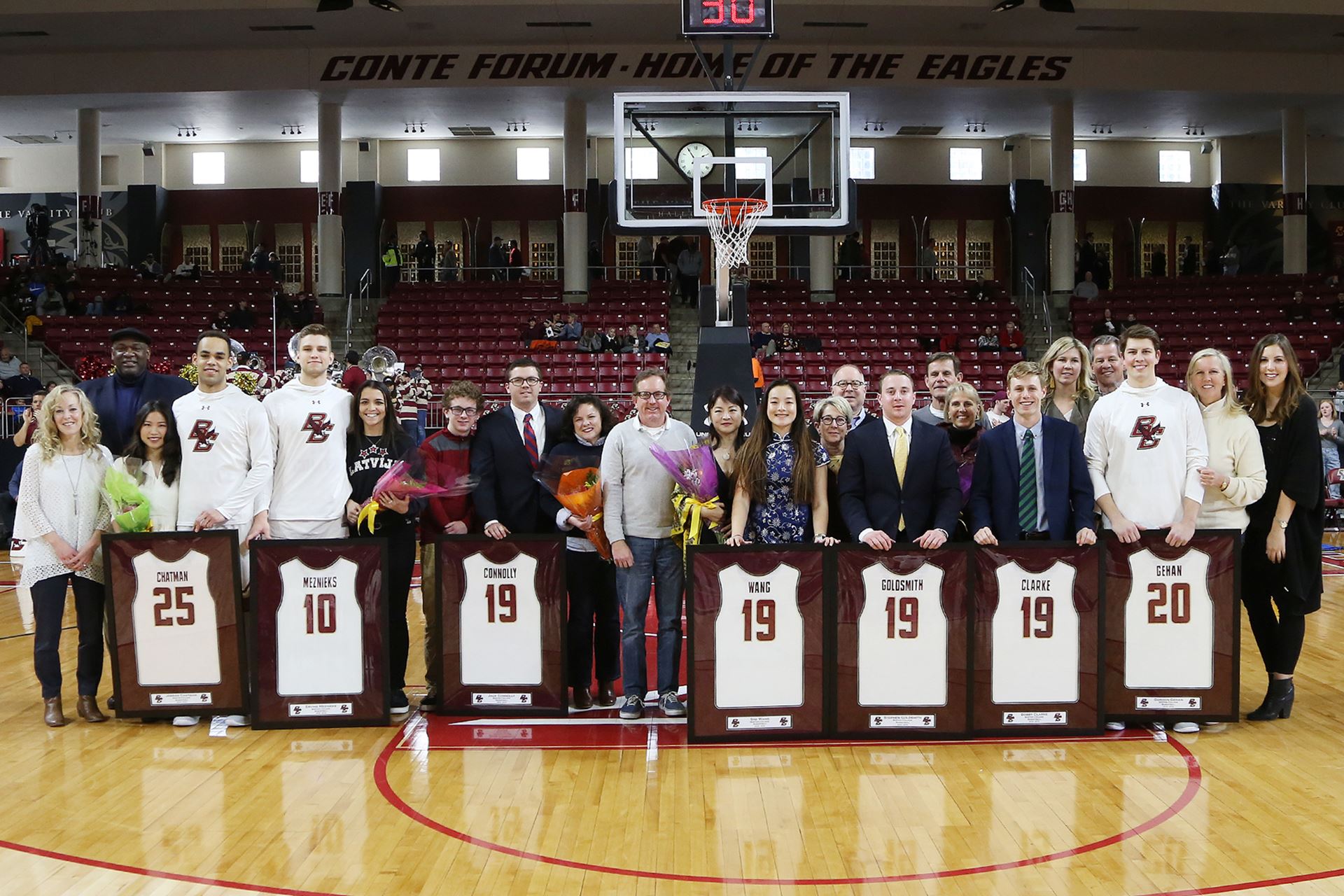 The Eagles turned in arguably their worst performance of the season in a disappointing 73-47 loss to NC State to close out the regular season.

In all likelihood, of Saturday’s five starters, Popovic is the only one who will step on the Conte Forum floor next season. Gehan and Meznieks are graduating and rarely played for the Eagles. Chatman is out of eligibility and Bowman has yet to decide whether or not he will return for his senior year on the Heights.

However, BC’s star point guard did indicate that Saturday may have been the last time fans see him suit up at Conte Forum.

Before Saturday’s game, Bowman Tweeted, “Tomorrow could possibly be my last time playing in Conte. After the season I will be sitting down with my family to talk over my future decisions.”

BC gained one Hamilton but lost another in the lineup. Jairus returned after missing the North Carolina game, but Jared missed the NC State with an Achilles injury. Wynston Tabbs missed yet another game.

The big blow to the Eagles came midway through the second half when Nik Popovic went down with a right leg injury. He limped back to the locker room without putting weight on the leg and did not return. His loss would be detrimental to the Eagles in the ACC Tournament, especially on the offensive end.

If the Eagles were trying to send the seniors, and possibly Bowman, out on a high note, things did not go according to plan. The effort and attention to detail just wasn’t where it needed to be for an Eagles team competing against a team trying to hang on to an NCAA Tournament berth.

“Our effort today wasn’t where it needs to be,” coach Jim Christian said. “It’s the worst effort we’ve put in all year.”

The Eagles hung tight for the first few minutes, but shooting struggles contributed to a 45-23 halftime deficit. BC shot just 29 percent from the field in the first half and finished at an even-worse 27 percent clip on the day.

The 3-of-19 from 3-point range didn’t help either. Chatman, BC’s resident sharpshooter shot 1-of-6 from deep in the game, not the way the senior wanted to go out.

Running down the score sheet, it isn’t easy to find many positives from BC’s play. The Wolfpack outrebounded BC 56-36. Bowman and Chatman didn’t shoot well. Popovic logged only 24 minutes before getting injured. NC State played nine players; all nine scored, and seven recorded more than five points. NC State shot more than two times as well from deep than BC.

Two potential positives could be parsed from the box score though. BC got to the free throw line a lot more than NC State and converted at a decent 75 percent clip. Also, Steffon Mitchell finished with nine points, tied for his most in ACC play.

BC finishes the regular season 14-16. Even before the game began, BC was locked in as the 11 seed in the ACC Tournament, earning the Eagles a date with 14-seeded Pitt Tuesday night in Charlotte. A banged-up BC squad downed the Panthers 66-57 in the only meeting of the season, a February matchup at Conte Forum. The winner would draw Syracuse, and an upset of the Orange could land the Eagles a quarterfinal matchup with Duke.