John Biagioni
Facebook
Twitter
Pinterest
LinkedIn
Read Time:5 Minute, 21 Second
The Selection Committee was very good to the ACC, as three teams were awarded No. 1 seeds: Duke, North Carolina, and Virginia. Before this season, that had only happened once in Tournament history, when the old Big East took three of the four No. 1’s in 2009. Duke also earned the No. 1 overall seed after defeating UNC and Florida State in the ACC Tournament.
Aside from the three top seeds, four other ACC teams got in: Syracuse, Louisville, Virginia Tech, and Florida State, and all seven ACC squads have the potential to make deep runs in March. Let’s preview a few storylines for ACC teams in the tournament ahead of Thursday’s initial tip-offs.

Easiest Path for a No. 1: Virginia

Sorry, Gardner Webb, you’re not UMBC. Oh, what could’ve been if the Retrievers had defeated Vermont in the American East final. The whole nation would’ve been clamoring for a rematch of UMBC’s historic upset over Virginia. Instead, Tony Bennett’s squad will face the Runnin’ Bulldogs of the Big South. This is the fourth time the Cavaliers have been a No. 1 seed in the last six seasons. In each of the previous three, they have failed to reach the Final Four. This year could be different though. If the Cavaliers can exorcize their first-round demons against Gardner Webb and they shouldn’t face a significant test until the Elite Eight. None of the top teams in the region play an extremely up-tempo game that would have the potential to throw off the Cavaliers. No. 2 Tennessee has to go through the gauntlet of Cincinnati/Iowa and potentially Villanova/Purdue, so UVA may not even have to face the Volunteers.

Hardest Path for a No. 1: Duke

Despite most saying North Carolina drew the toughest region, No. 1 overall Duke will have quite a challenging path out of the East. The simple formula to defeat the Blue Devils is great interior defense; Duke is a subpar 3-point shooting team. In the second round, it’s a “pick your poison” matchup for Duke. VCU is one of the top defensive teams in the nation. On the other side, UCF’s Tacko Fall is 7-foot-6. Both could spell problems for the Blue Devils inside the arc. The Sweet 16 matchup wouldn’t be too bad, unless of course its against Virginia Tech, a team that defeated Duke during the regular season. The Elite Eight could be a bloodbath. Michigan State could be waiting for Duke in D.C. The Spartans are the best No. 2 seed in the tournament and, it could be debated, were robbed of a one seed. While the focus has been on Michigan State’s bad luck of ending up in Duke’s region, the Blue Devils should be the team sweating it out. The Spartans are one of only a handful of teams (Duke is one of them) who rank in the top 10 in both offensive and defensive efficiency, according to KenPom, and Cassius Winston has Most Outstanding Player potential. Of course, Michigan State may not get to the Elite Eight. Then LSU could be Duke’s opponent. If the Tigers can shake off the SEC Tournament and the outside noise, they are one of the best teams in the Tournament.

The Seminoles made themselves a national title contender with an excellent performance in the ACC Tournament, knocking off Virginia Tech and Virginia before falling to Duke in the championship game. Florida State doesn’t have a player who averaged more than 13 points this season, but the ‘Noles can comfortably go 10 deep in the tournament. They may just have the best bench in college basketball, a quality that will help in the grind of March. Experts also drool over FSU’s length. Out West last March, FSU knocked off No. 1 Xavier and Gonzaga before falling to eventual national runner-up Michigan in the Elite Eights. The ‘Noles again head West and again are in a region highlighted by Gonzaga and Michigan. More than any other region, the West has the potential for chaos, and FSU is one of the reasons why. They are a trendy pick to knock off Gonzaga in the Sweet 16. With the quality of teams in the bottom half of the bracket, Michigan may get upset before the Elite Eight. If FSU gets to the regional final, it could be against Michigan, but there’s a decent chance it ends up being a Nevada or a Buffalo, both favorable matchups for FSU. They’re a sneaky Final Four pick, and they’re good enough to back it up.

The Other ACC Teams In:

Syracuse – the Orange are probably the best team in any 8-9 matchup. Could they knock off Gonzaga before FSU gets a crack? Possibly. We all saw last year how that zone defense can give any team fits on any given day. In all likelihood though, Syracuse loses to the Zags in the second round.
Louisville – the Cardinals are an interesting team. They played a brutal non-conference schedule and fared pretty well. A late-season stumble has dampened expectations for Chris Mack’s squad, but there is no questioning that Louisville can hang with and beat the big dogs. The problem is that the Cards got a raw draw. They face a hot Minnesota team coached by Rick Pitino’s son in the first round. A win likely means a game with Michigan State.
Virginia Tech – the Hokies got a decent draw and should be favored to make it out of the first weekend. They could be the team most primed to throw a wrench in the Duke-Michigan State matchup. I know I said they beat Duke before, but I just have a hard time believing they do it again.

Should NC State have been in?

In a word, no. The Wolfpack had a high NET and a good record (22-11), but they were a largely uninspiring team. At least teams like Belmont and St. John’s can add a little excitement for the tournament. Also, if a team scores 24 points in a 40-minute basketball game, it should automatically be eliminated from NCAA Tournament contention. It’s tough to take a team seriously after a performance like that. 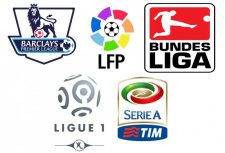