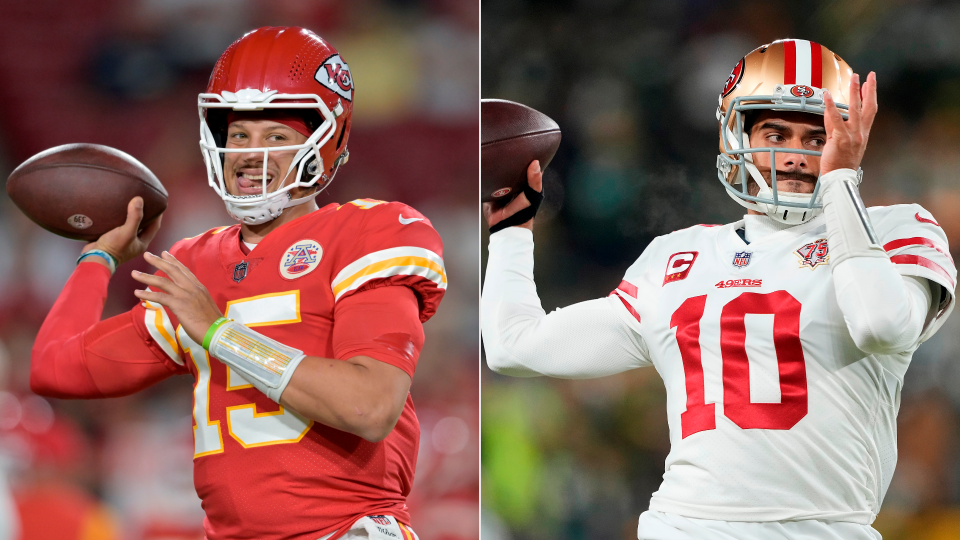 SAN FRANCISCO – The San Francisco 49ers take on the Kansas City Chiefs in week seven’s game of the week. These two teams appear evenly matched so it should be a good one. The season isn’t turning out to be a great one for Kansas City after trading Tyreek Hill prior to the start of the regular season. There are several new receivers that Chiefs’ Quarterback Patrick Mahomes is still developing rapport with and it’s taking a long time to do so. Anytime a roster goes through this much change, growing pains typically go hand in hand which is the case hear. No longer throwing to Tyreek Hill is having a major impact on the Chiefs offense as inconsistent play is an issue. However, at some point, the wide receiver core led by JuJu Smith-Schuster, rookie Skye Moore, and Marquez Valdez-Scantling should be on the same page with Mahomes toward the end of the season. For now, the Chiefs have no choice but to “grin and bear it”. Travis Kelce is his one true reliable pass catcher at the moment though. However, the Chiefs are 4-2 despite the struggles so the news isn’t that bad.

On the other side, the 49ers need this win to get above a .500 winning percentage. San Francisco can not afford a loss against Kansas City. This feels like a must-win game. The odds won’t be in the 49ers favor if the Chiefs’ offense gets back on track which it almost certainly will after 6 weeks of Mahomes acclimating to his new receiving core. Even though this is a home game, the odds are slightly against the 49ers. The Chiefs aren’t an overwhelming favorite but they are the better overall team.

Other top games to watch

This one may have a completely one-sided feel after the New England Patriots absolutely had their way against the Browns. However, with a division win, the Cleveland Browns will rise to first place in the division with a 2-0 division record. However, with Lamar Jackson hitting on all cylinders, that will be easier said than done. Cleveland needs to have Myles Garrett and JaDaveon Clowney ready to play to even keep up with the Ravens by slowing Jackson down. Nick Chubb must also have a big game because there is no guarantee that Browns Quarterback Jacoby Brissett will play well at all against what is normally a strong defense.

The bigger issue is the Browns defense as a whole. This unit was highly touted before the beginning of the season and so far has done very little. It appears Browns defensive coordinator Joe Woods needs to get comfortable with the idea of calling zone blitzes. There is too much athleticism on this defense to be conservative with the playcalling. If you want to win against Jackson, the only real way to do that is to create pressure and wreak havoc. Cleveland proved this several times before but Woods’s unwillingness to do so gives Baltimore a significant edge. If Woods changes up the strategy, then the Ravens offense will struggle to score 14 or more points. The problem is, Woods most likely won’t commit to a zone blitz scheme.

Another critical division showdown is on the horizon. The Colts won two straight while the Titans won three straight after an 0-2 start. The Titans won against the Colts on October 2nd and look to follow up with another huge win in Nashville.