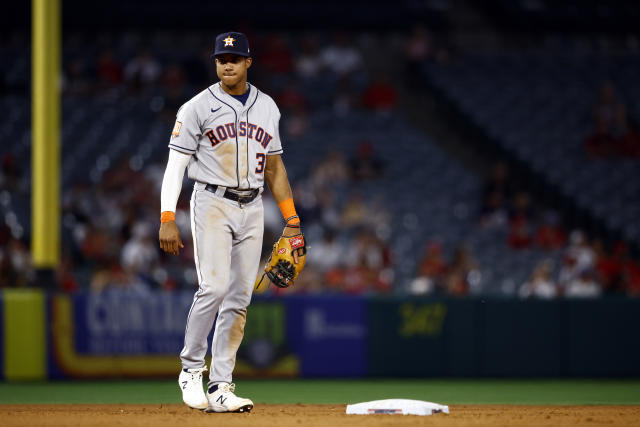 The prior week in MLB was about a team in the American League who unforgettably advanced to the ALCS, a club in the National League makes a shocking return to the NLCS, and a Hall of Fame player passed away.

The Houston Astros had an unforgettable Game 3 in the ALDS as shortstop Jeremy Pena hit a home run in the 18th inning of Seattle Mariners reliever Penn Murfee, which allowed the Astros to win the game by a score of 1-0 and sweep the series.

Pena is the third rookie in MLB history to hit an extra-innings home run in a playoff game, per Sarah Langs of MLB.com.

The contest on Saturday was the longest game in postseason history and the fourth-longest all-time when factoring in regular season games, per TSN StatsCentre.

The Astros have reached the ALCS for a sixth straight season, an American League record.

Their series with the Mariners was close, as a couple of runs decided all three games.

The Astros proved they have the pitching to win the World Series, as their bullpen tossed 12 scoreless innings in that marathon game 3.

The Astros will face the Cleveland Guardians or the New York Yankees in the ALCS, which is scheduled to start on Wednesday.

The San Diego Padres have taken down Goliath, as they eliminated the 111-win Los Angeles Dodgers with a 5-3 win in Game 4 of the NLDS.

The Padres have advanced to the NLCS for the third time in franchise history and the first since 1998.

Padres’ infielder Jake Cronenworth laced a go-ahead single that punctuated a five-run seventh inning as they sent 10 batters to the plate.

Reliever Josh Hader shut the door in the ninth inning to catapult his club to the NLCS.

The Padres winning the NLDS was shocking as they won 89 games during the regular season and had 22 fewer wins than the Dodgers.

The second-largest gap in a playoff series upset, per Sarah Langs of MLB.com.

The Padres won 22 fewer regular-season games than the Dodgers, and won the NLDS over LA

Only team to win a postseason series with a larger RS-wins upset:

The only wider gap was the 1906 World Series champion Chicago White Sox, who had 23 fewer wins than the Chicago Cubs that won the NL pennant.

The Dodgers losing in the NLDS, became the first team ever to win at least 110 games in the regular season but not play for either a league championship or world series.

The Padres advance to the NLCS, where they will meet the Philadelphia Phillies.

This is the first time these two clubs have faced each other in the playoffs.

Bruce Sutter, a Hall of Fame reliever and winner of the 1979 Cy Young, has passed away; he was 69.

Sutter is considered one of the first pitchers to throw a split-finger fastball.

The right-handed pitcher played 12 seasons in MLB, was a six-time All-Star and amassed 300 saves in his career.

Sutter was inducted into the Baseball Hall of Fame in 2006.

Our thoughts and prayers go out to the Sutter family during this time of bereavement.

The Cubs mourn the passing of Hall of Fame pitcher Bruce Sutter.

The 1979 NL Cy Young Award winner and a member of the Cubs Hall of Fame, Sutter pitched with Chicago from 1976-80, collecting 133 saves, second-most in franchise history.