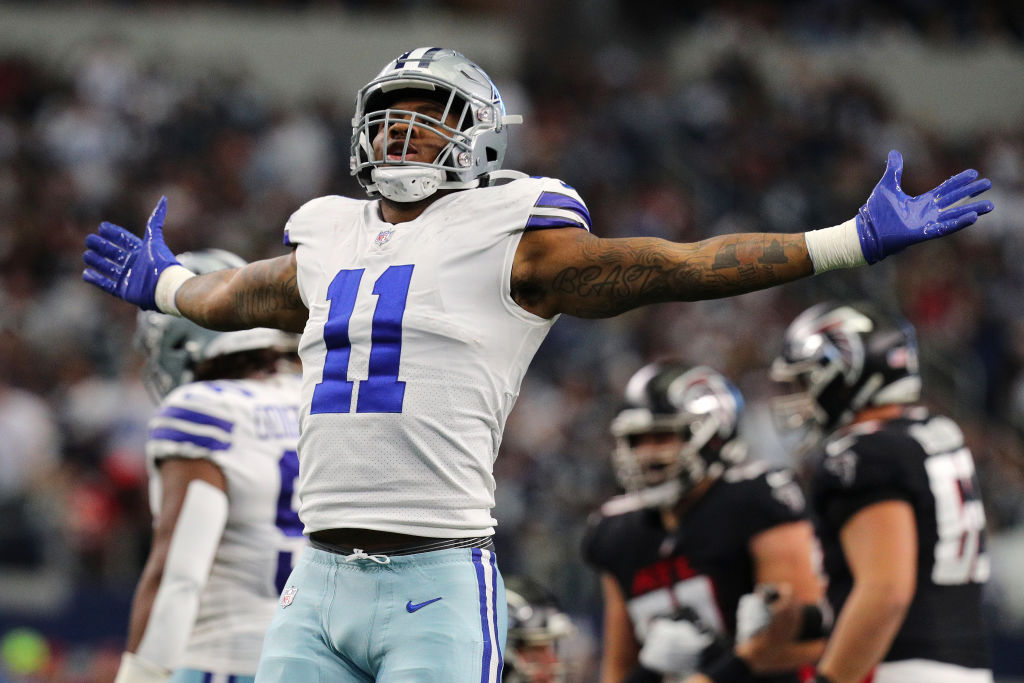 The Dallas Cowboys needed a difference-maker on defense entering the 2021 NFL Draft, and they got that in Micah Parsons. He’s proven that he’s more than just an off-the-ball linebacker. Not only is he making plays sideline to sideline on the second level, but he’s already looking like a seasoned pro rushing the passer. Due to defensive ends DeMarcus Lawrence and Randy Gregory suffering injuries, Parsons has been asked to put his hand in the dirt, and it’s resulted in six sacks in his first nine career games.

Parsons is the swiss army knife that has led the charge in turning around a Cowboys defense that was arguably the worst in team history last season. The former Penn State Nittany Lion is currently on pace for over 100 tackles and double-digit sacks. Parsons has a 92.1 pass-rush grade that ranks third in the NFL per Pro Football Focus, and he’s the only player that ranks in the top 15 in pass rush win rate and run stop win rate according to Next Gen Stats. However, Parsons has been truly dominant the last three games.

The first-round pick started this stretch against the Minnesota Vikings in Week 8. Parsons registered 11 tackles (four tackles for loss) and helped the Cowboys hold the Vikings offense to just 16 points in a huge win without Dak Prescott. A week later, although the Cowboys were dominated by the Denver Broncos 30-16, Parsons had 10 tackles (three tackles for loss), 2.5 sacks, and three quarterback hits. Against the Atlanta Falcons in Week 10, Parsons racked up six tackles (one tackle for loss), a sack, and a forced fumble as the Cowboys’ defense held the Falcons to just three points while getting the team’s seventh win of the season.

It seemed that many began to write the Cowboys off after losing to the Broncos although they had won their previous games. Parsons, however, was quick to deliver a strong message to the naysayers.

“I don’t think one game will ever define you,” Parsons said. “So, the fact we can bounce back and be dominant, that should put everyone on notice that … we are not to be ‘F’d’ with right now.”

The way defensive coordinator Dan Quinn has placed Parsons all over the field has been incredible. He’s taken 305 snaps at linebacker, 160 on the defensive line, 16 at cornerback, and he’s even lined up at safety once. Judging by his stat line so far this season, it’s safe to say that Parsons has handled the responsibility with flying colors.

“I have the same assignment every week, just cause havoc and just do what I do,” Parsons said recently. “Same game plan, same assignment just execution. I’m in a groove now. Dan Quinn talked about it. He doesn’t want to mess up the groove where I’m at right now.”

Here is every TFL by #Cowboys LB Micah Parsons in 2021: pic.twitter.com/8PHWSXXH91

Parsons hasn’t just looked like one of the best rookie defenders in the NFL so far in 2021. He’s showing that he’s one of the best defensive players league-wide with his dynamic skill set and how he can be used to make plays for the Cowboys’ defense at several positions. The scary thing for NFL offenses is that he’s only in year one which means his reign of terror is just beginning.