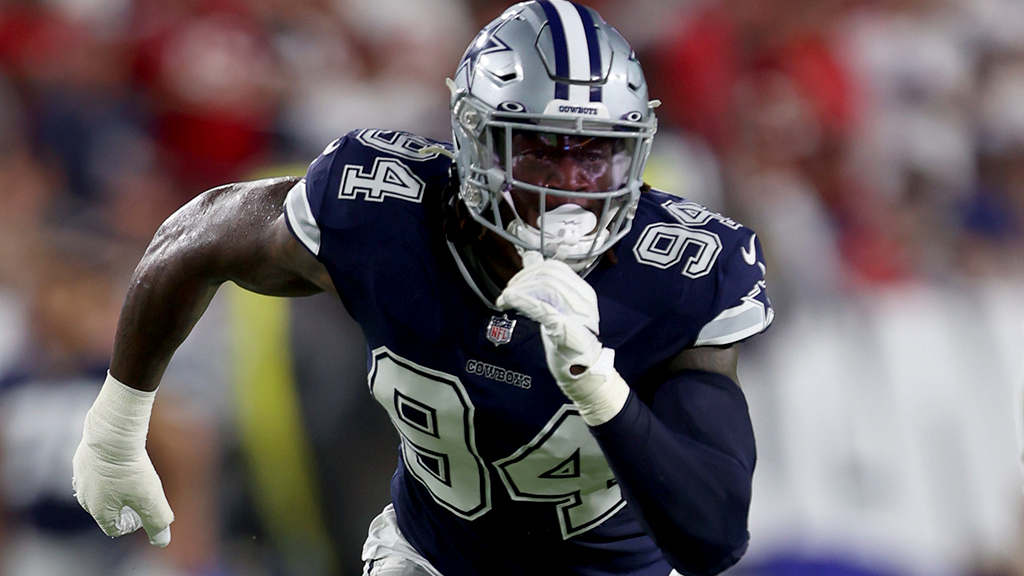 The Dallas Cowboys have a big matchup on Sunday against the 3-0 Carolina Panthers. They’ll certainly need all hands on deck for this game and it appears one of their most important defensive pieces will be available.

Randy Gregory was put on the injury report Thursday after he was a non-participant in practice with a knee issue. He returned to practice on Friday in a limited fashion, and although he’s listed as questionable, Gregory is expected to play against the Panthers.

Gregory has experienced some swelling in his knee throughout the week but calls the issue minor. He spoke to reporters on Friday and even made light of the situation.

“I’m good,” Gregory said. “I don’t want to harp too much on my knee. I was joking about it yesterday, I’m just getting kind of old and I’ve got to put some WD-40 on my knees every now and then.”

The former second-round pick missed the Cowboys’ Week 2 win against the Los Angeles Chargers after being added to the Reserve/Covid list. Gregory has gotten off to a slow start stat-wise with just one tackle recorded in two games and no sacks. However, he did have a fumble recovery in the season opener against the Tampa Bay Buccaneers. Also, in the Cowboys 41-21 rout of the Philadelphia Eagles this past Monday, Gregory was close to having a sack party as he drew three holding calls.

With DeMarcus Lawrence out until November with a broken bone in his foot, the Dallas Cowboys need as much help rushing from the edge as possible. Having Gregory to go along with rookie sensation Micah Parsons who has taken on more edge-rushing responsibilities will be key until Lawrence gets back on the field.

Stay tuned for more coverage each week on the Dallas Cowboys on NGSC Sports where we never stop.