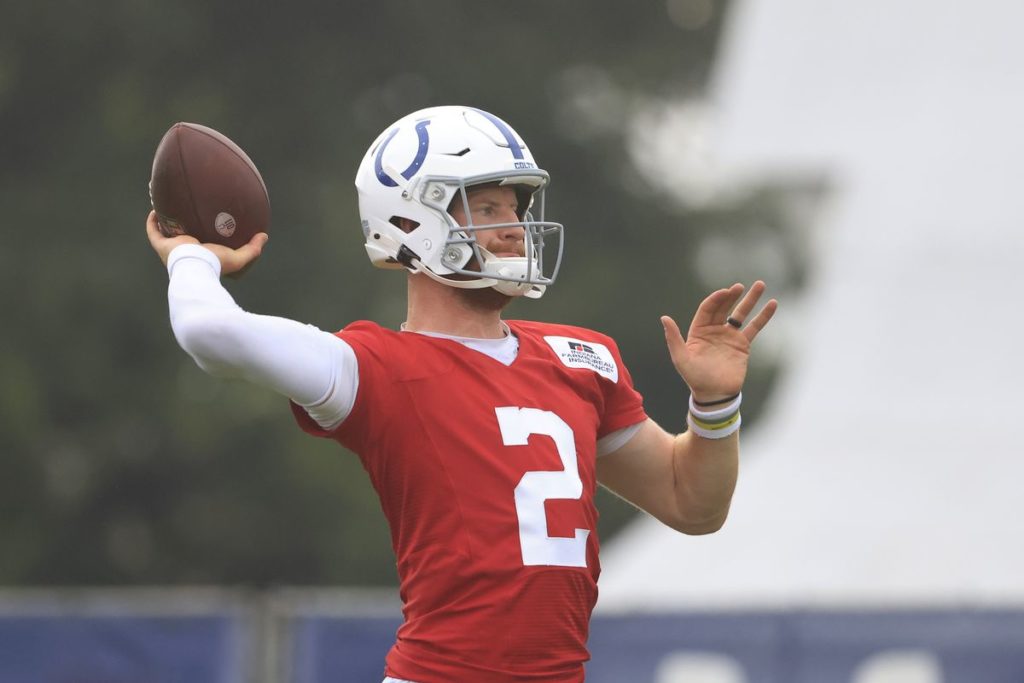 INDIANAPOLIS- Colts quarterback Carson Wentz has had a career plagued with injuries so far. Wentz gave us glimpses of a promising future early on as a rookie. However, it seems like a distant and forgotten memory because of Wentz’s constant injuries.

New season, new hope, healthy Wentz? That’s what Colts fans want to see. If Wentz manages to avoid major injuries, it could be a great season for the Colts. The defense will keep this team in games. However, if Wentz plays all 17 games, we could end up talking about a surprising, deep playoff run that could at least end with more than just a wild card win. This team is capable of advancing to the AFC Championship if the offense does its part. Keeping Wentz in games is a vital part of the team’s success.

Wentz started 13 games in 2017, 11 I’m 2018, and 12 in 2020. In other words, Wentz played two full seasons in his first five seasons. In retrospect, signing Wentz might backfire. On the other hand, if Wentz starts all 17 games, Indianapolis would benefit from a clutch signing. Let’s not forget Wentz played a full season in 2019 and had a good season with 4,027 yards and 27 touchdowns. Can he play the full 17 game schedule? That’s going to be a real challenge and a measuring stick to see how durable Wentz is after five seasons.

Will the Colts free agent signing work out? It seemed like a roll of the dice early on by taking a chance on an often injured veteran. However, if Wentz bounces back and leads the team to 10 or more wins while starting every game, the Colts front office will look like a group of geniuses. This move could potentially pay off but only time will tell.