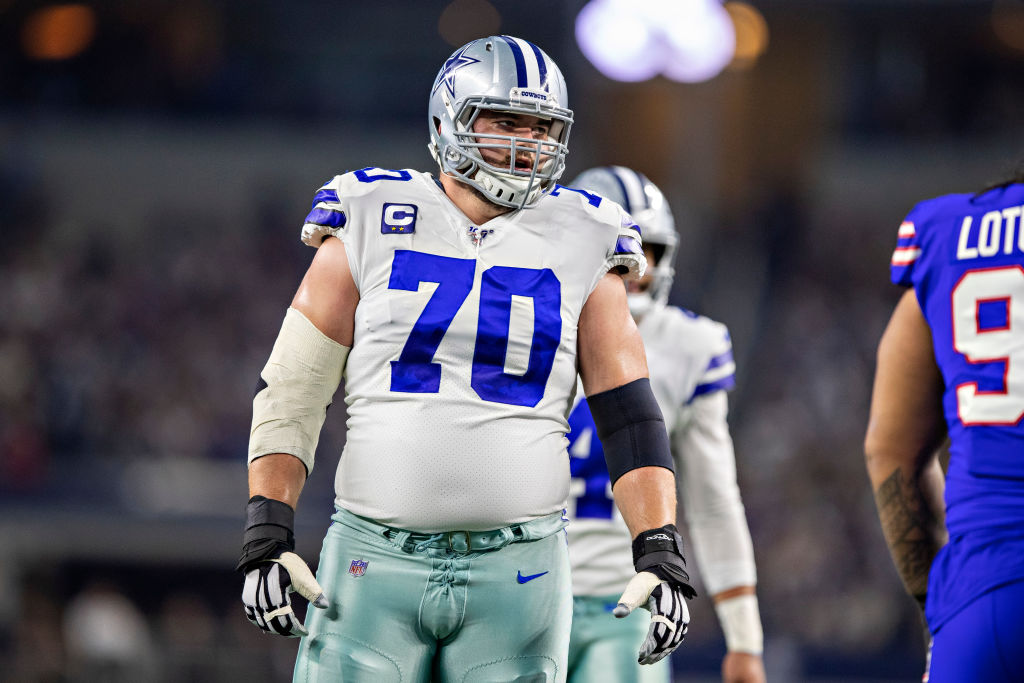 The Dallas Cowboys haven’t had any luck on the injury front this season, especially on the offensive line. Starting tackles Tyron Smith (neck) and La’el Collins (hip) are both out for the season. Joe Looney, who started the season at center, went down with an MCL sprain in Week 4 and was placed on injured reserve. Backup tackle Brandon Knight is also on injured reserve after knee surgery earlier this week.

The offensive line has been holding on by a thread and it was dealt another major blow on Friday. According to head coach Mike McCarthy, starting right guard Zack Martin is likely out this Sunday vs the Washington Football Team with a concussion.

Zack Martin (concussion) is not expected to play Sunday

Martin has been an ironman so to speak throughout his seven-year career. He’s started all 100 games he’s been available to play in with only two games missed in 2018 with a knee injury.

Second-year guard Connor McGovern will start in his place. Drafted in the third round out of Penn State, McGovern spent all of 2019 on injured reserve with a torn pectoral muscle. After Martin went down vs the Arizona Cardinals, McGovern held his own only allowing a sack and one quarterback pressure in 60 pass-blocking plays according to Pro Football Focus.

Rookies Tyler Biadasz and Terence Steele will start at center and right tackle with veteran Cam Erving getting the nod at left tackle. Connor Williams will make his 28th career start since being drafted in the second round of the 2018 NFL Draft at left guard.

It’s been a weekly struggle for the Dallas Cowboys offensive line and this Sunday will be no different with Washington’s formidable pass rush.