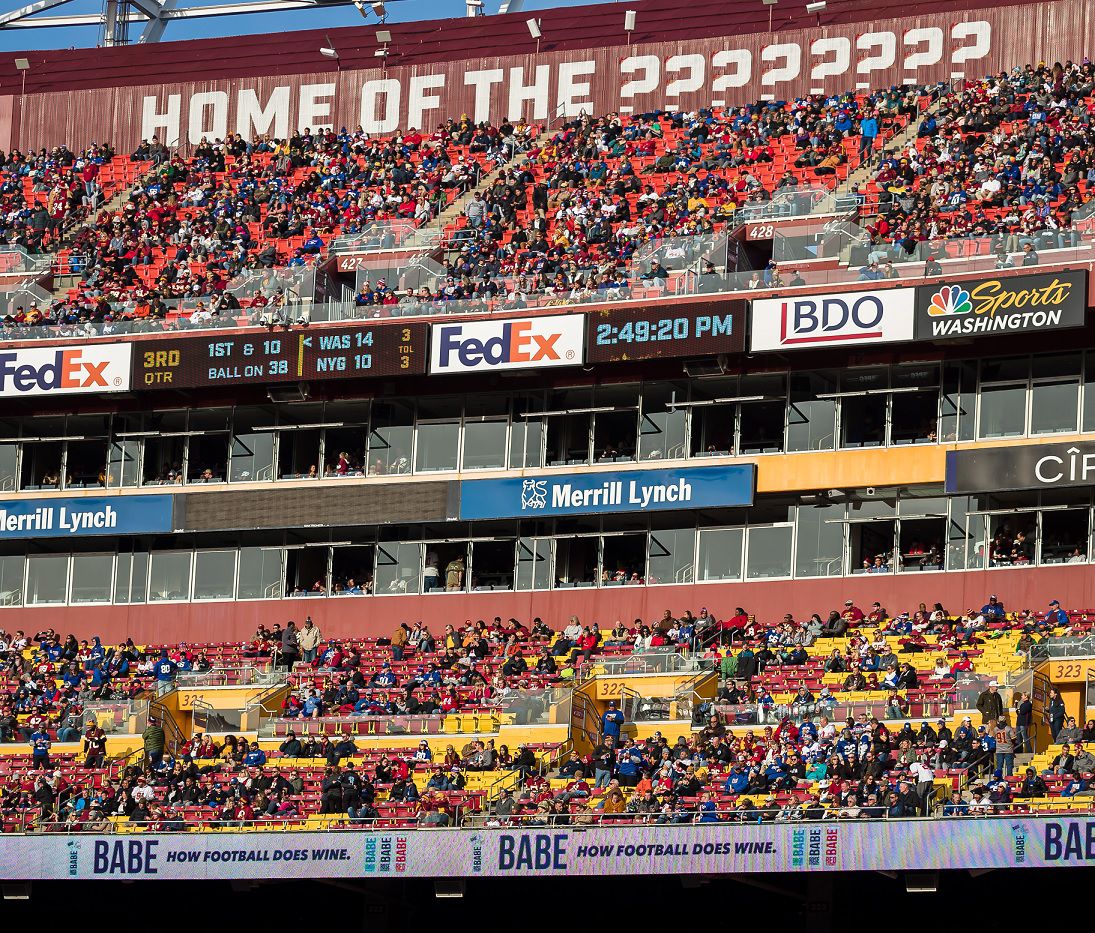 For this move, he has risen to new stratospheric levels of American hero status because he has put out to pasture the sports world’s most unpopular and irritating human being, Whatevers owner Dan Snyder.

Under the deal, Snyder will get none of the $469 billion Mahomes paid to acquire the team. Those funds will go towards promoting the NFL in Southeast Asia and reimbursing the league for all the ticket revenues it will lose this season with only a few fans attending the games in person.

This means Synder will no longer own the team. He has been kicked to the curb and will live on a street somewhere and have no power over anyone for the rest of his life.

No will have to see his face again

The world’s most annoying guy has been set out to pasture, kicked out, told to get lost, and everybody in the sports world is giddy.

“This is the best sports news since I smoked weed with Ricky Williams during a car ride across the U. S. with Belichick and Kraft,” said NFL Commissioner Roger Goodell.

“We may not have much of an NFL football season this Fall, but at least Snodgrass Snyder no longer owns one of our franchises. Ever since he bought the team, it’s been one disastrous season after another.”

Snyder, who was reached on a DC street corner carrying his duffle bag, told Sammy Sportface he’s bitter Mahomes bought the team. He figured he would own it and continuing trashing the franchise for the next 40 years.

Out on the street

“I’m out on the street and can’t boss anyone around anymore,” he said. “This can’t be right. An NFL player can’t own another NFL team.”

Sportface called Goodell to check on this.

“I don’t care what the complications are of a player for the Chiefs owning the Washington Whatevers,” he said. “I’m just glad Snyder is no longer one of this league’s owners. He’s been annoying me and everyone else he encounters from the day he bought the team. Good riddance to that sniveling wannabee.”

Parade in Disney World for Mahomes

In Disney World during the NBA playoffs next month, the NFL will honor Mahomes, who will sit on the back seat of a Cadillac convertible and wave to the crowd including Luca Doncic’s Mom, who will be wearing a Cinderella outfit.

“I don’t know what this news has to do with the NBA playoffs, but it’s cool Mahomes will be here for a parade,” said LeBron James. “We’re bored down here being in the bubble and have no zest for basketball. Might as well go to a parade to kill some time especially if Luca’s Mom will be there.”

ESPN will carry the event live on all its properties including ESPNU, ESPN2, and ESPNews, and run documentaries about Mahomes and LeBron on all these channels for the next six weeks non-stop because live sporting events remain rare to non-existent.

During the parade loudspeakers will blare the Hail to the Redskins Fight Song.

“This is the biggest sporting event of 2020 and the happiest moment for the D.C. sports world since Riggo went around left end for the winning TD against the Dolphins to win the Super Bowl in 1983,” said Scott Van Pelt, an ESPN anchor. “I grew up in Washington and have been hoping for the day when Synder would be gone, and it has finally arrived. Mahomes should be honored with the ESPY Arthur Ashe Award for the gift he has given the sports world.”

“This way there will be two Chiefs teams in the NFL,” he said. “It’s a trend I picked up on. Got the idea from Sammy Sportface, who put two numbers on his jersey: 11 and 55. It’s kind of the same concept.”

Hail to the Whatevers.