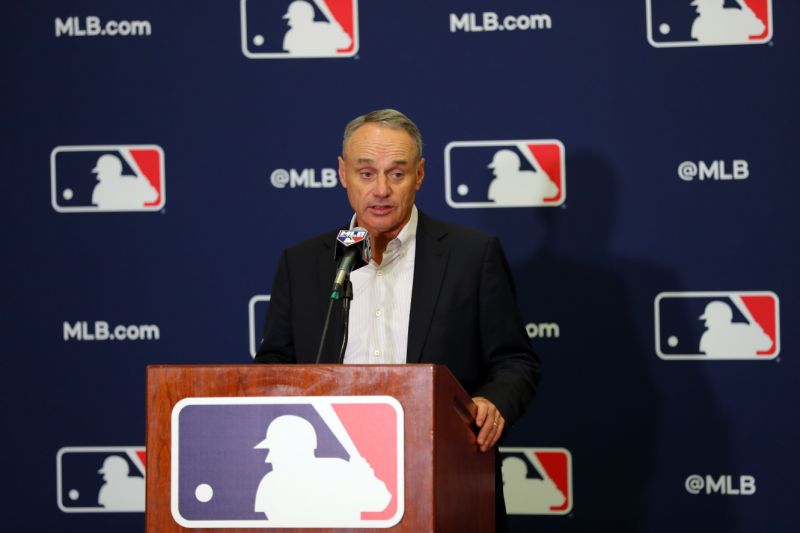 The last week in MLB was about the commissioner, and head of MLBPA having a meeting to discuss the 2020 season, MLB rejects a new proposal from MLBPA, and spring training facilities are closed due to multiple positive coronavirus tests.

MLB had sent a new proposal to the players union, per sources told Evan Drellich of The Athletic.

The proposal also includes the playoffs being expanded in 2020 and 2021, and waiving of any grievance, per Ken Rosenthal of The Athletic.

There would be an implementation of the universal designated hitter in both the 2020 and 2021 seasons.

The postseason pool money would include an additional $25 million on top of the already full prorated salaries, per Joel Sherman of The New York Post.

The new offer from MLB represented substantial progress in talks between both sides.

This was the first time in any proposal the league was willing to provide the players with full prorated salaries.

Manfred has the option of unilaterally imposing a season, but is against that option because the players union can file a grievance.

MLB has rejected the new proposal from the MLBPA for a 2020 campaign, per Jeff Passan of ESPN.

The proposal had a 70-game season, per an announcement by executive director Tony Clark.

The proposal from the MLBPA would have the season start July 19 and end September 30.

There would be $50 million in playoff bonuses, 50/50 split of new postseason TV revenues in 2021, universal designated hitter, and mutual waiver of grievance, says Passan.

Among the details in MLBPA’s new proposal, sources tell ESPN:

The new deal also included a neutral site for the 2020 postseason if necessary, and teams would have been allowed to place advertisements on uniforms for the next two years, per Ken Rosenthal of The Athletic.

Also in union proposal, per source: Neutral site/quarantine framework if needed for 2020 postseason. Clubs would be granted permission to sell advertisements/patches on uniforms in 2020/21. Mutual waiver of potential grievances under March agreement.

The offer by MLBPA was a counterproposal to a 60-game proposal by MLB.

The two sides have been talking about the amount of money that players should get since the coronavirus forced MLB to close spring training.

The 60-game proposal by the league, which had prorated salary, would have given the players $1.51 billion.

The proposal from the union has them receiving $1.76 billion.

This is a difference of around $247 million, or about $8.23 million per club, per Joel Sherman of The New York Post.

Major League Baseball is closing all 30 spring training facilities in Florida and Arizona for a deep cleaning after multiple positive coronavirus tests.

No players or staff will be allowed in the facility until they pass a COVID-19 test, per Bob Nightengale of USA TODAY.

Major League Baseball will close all spring training sites in Arizona and Florida for deep cleaning and will not permit players or staff members until they pass a COVID-19 test.

Multiple teams had closed their facilities on Friday after positive tests, including the Philadelphia Phillies and Toronto Blue Jays.

The Phillies had five players and three staff members test positive, while a player on the Blue Jays 40-man roster displayed symptoms of the virus.

The closing of spring training facilities is not great news for MLB.

The interesting aspect is MLB and MLBPA agreeing on the length of a season and how much to pay players is the easy part.

The tricky part is what happens once the season begins, and multiple players from several clubs test positive for COVID-19.