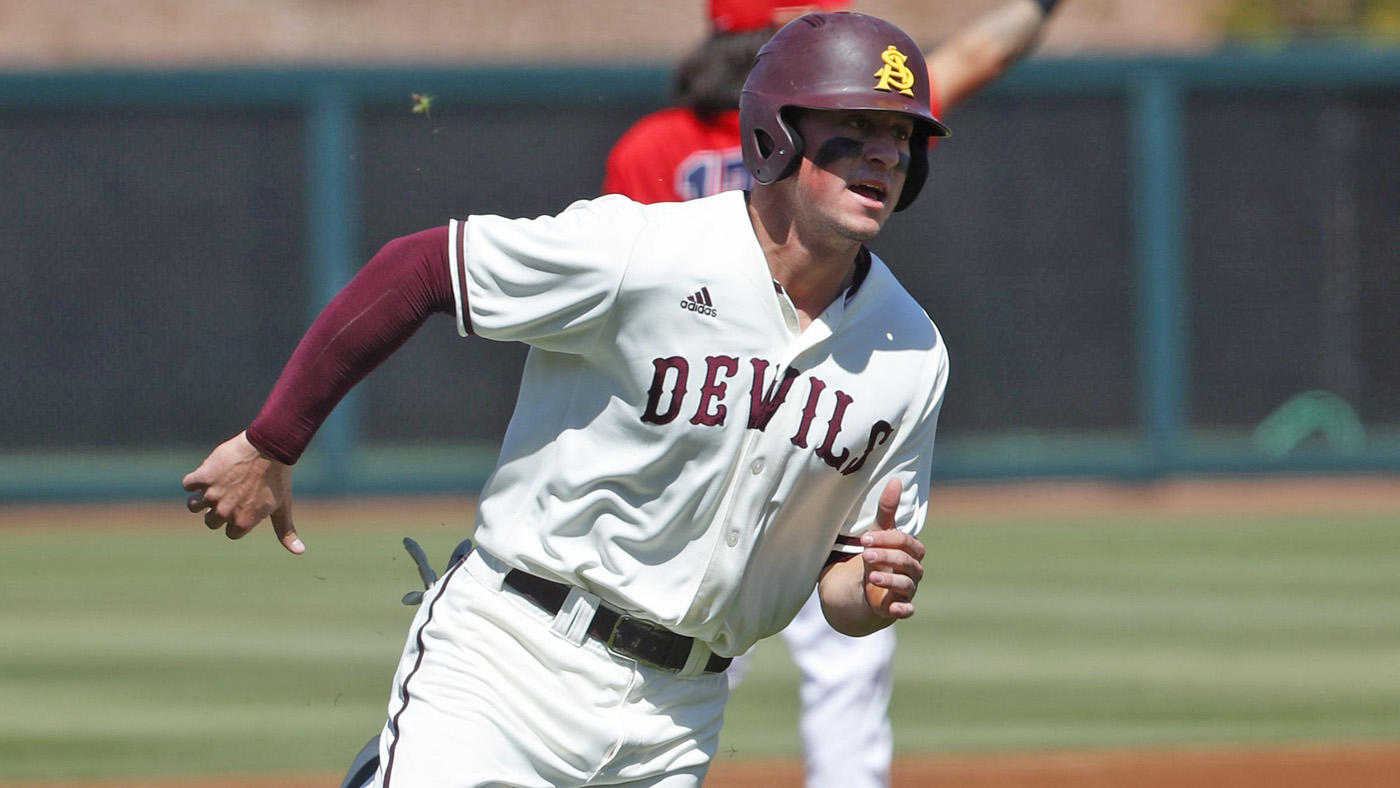 The last week in MLB was about a collegiate first baseman making history during the draft, 2020 draft takeaways, the league makes a new proposal to the MLBPA, MLBPA is done negotiating, and MLB reaches agreement on massive broadcast renewal.

With the first pick in the 2020 #MLBDraft, the Detroit Tigers select 3B Spencer Torkelson. pic.twitter.com/mLDkooLEq6

Torkelson showcased an abundance of power during his tenure at ASU, while also playing the corner outfield.

He is expected to remain at first base, but surprisingly, the Tigers announced him as a third baseman.

The Tigers could’ve selected a collegiate arm with the top pick, but Torkelson is an extraordinary individual.

He has the best power in the 2020 draft class, including terrific plate discipline, and sprays the baseball to all fields.

One interesting fact about Torkelson is he broke the freshman home-run record at ASU that was previously held by Barry Bonds.

The first baseman has the potential to make a significant difference in the future for the Tigers.

Scott Pleis, who is the Tigers director of Amateur Scouting said, “He’s one of the most polished hitters we’ve seen in the draft for quite some time.

So polished there's a hashtag for his homers. #TorkBomb pic.twitter.com/0EmEC7DhCE

He is expected to progress through the minors quickly as he has an advanced approach at the plate and a thorough understanding of the strike zone.

The Tigers had a horrendous 2019 season as they lost 114 games, but selecting Torkelson gives them a franchise player they can build around.

The Baltimore Orioles made an interesting pick with the second pick in the first round, as they selected University of Arkansas outfielder Heston Kjerstad.

Kjerstad possesses plenty of power, with only Spencer Torkelson having more pop than him in the 2020 draft class.

The potential is there for Kjerstad to be a solid player, but the Orioles could have selected shortstop Austin Martin from Vanderbilt, who was regarded as one of the most polished hitters in the draft.

The Tampa Bay Rays received great value by selecting high school right-handed pitcher Nick Bitsko with the 24th pick in the first round.

Bitsko, who turns 18 this week, was one of the best high school arms in the draft.

He employs a fastball that can reach 96 mph and a power curveball that reaches 82 mph.

The Rays have an excellent track record of developing young pitchers, and Bitsko will flourish in the Rays’ minor league system.

Major League Baseball has submitted a new proposal to the MLBPA to start the season.

The proposal includes a 72-game season, including players receiving 70% of prorated salaries during the regular season and 80% if the playoffs are completed, per Ken Rosenthal of The Athletic.

The new plan would have the 2020 season begin around July 14 and conclude on September 27, says Rosenthal.

Season would begin on approximately July 14 with exact date to be determined and end on Sept. 27.

MLB will also offer an option to get rid of draft-pick compensation for the next offseason.

MLB will announce a timeline for resuming play within 48 hours of approval, including spring training lasting at least 21 days.

All players would be given the option to not play this season because of the coronavirus pandemic, and high-risk players would get paid, says Rosenthal.

MLB offer again includes option to suspend draft-pick comp for 2020-21 offseason. Within 48 hours of approval, league would announce timeline for resumption of season, including spring training of at least 21 days. All players would have right to opt out. High-risk would be paid.

The proposal has eight teams per league qualifying for the postseason, and the players would receive about 83% of prorated salaries.

There will be more money from the postseason pool if the playoffs are completed, per Rosenthal.

MLB proposal also includes expanded postseason of as many as eight teams per league. If postseason is completed, players would receive equivalent of 83 percent of prorated salaries, including additional money from postseason pool.

The rosters would expand to 30 for the first two weeks, 28 for the next two weeks, and 26 for the rest of the season.

Each club would have a group of 60 players to utilize during the year, per Jeff Passan of ESPN.

Under MLB’s proposal, rosters would expand to 30 for the first two weeks, 28 for the two weeks thereafter and 26 for the remainder of the season. Each team would keep a group of 60 players to use throughout the season — the majority forming the so-called taxi squad.

The proposal by the league is a counter to the MLBPA’s offer last week in which they asked for an 89-game season and full prorated salaries.

Tony Clark, who is the union executive director, issued an extremely passionate statement towards the league this past Saturday.

Clark said, “Players want to play. It’s who we are and what we do.”

“As a result, it unfortunately appears that further dialogue with the league would be futile. It’s time to get back to work. Tell us when and where.”

MLB sent a proposal to the players association on Friday and gave them a deadline by yesterday to respond, per Evan Drellich of The Athletic.

MLB has told the MLBPA that today’s offer expires Sunday.

The players association responded on Saturday by rejecting the proposal, per Jeff Passan of ESPN.

The Major League Baseball Players Association has rejected MLB's latest proposal and will not counter, sources tell ESPN. In a letter to the league, the union asked MLB to inform it of how many games it intends to play and when players should report.

The fate of baseball taking place in 2020 is in the hands of commissioner Rob Manfred, who has the power to impose a short season unilaterally.

The players would receive prorated salaries, due to an agreement in March between MLB and MLBPA.

If Manfred does impose a short campaign, there will be no expanded playoffs as he does not have the power to expand the postseason.

Major League Baseball and Turner Sports have agreed to a massive broadcast renewal through 2028.

The renewal will have Turner pay MLB about $470 million per year through 2028.

The deal will see Turner pay an average of around $470 million per year through 2028. https://t.co/Nnmk9rLkEs

The renewal comes with a 40% average annual increase, per John Ourand and Eric Prisbell of Sports Business Daily.

Turner currently pays an average of $325 million per year to MLB as they are in an eight-year deal, which will expire after the 2021 season.

The new deal will start in 2022, and it will be focused on the postseason.

Turner maintains the rights to one League Championship Series, two Division Series, and one wild-card game.

The weekly Sunday afternoon game that airs on TBS will move to a weeknight, probably on Tuesday.

Another aspect of the deal is it does not include rights to additional playoff games, as those games have to be negotiated separately, says Ourand.

Turner will keep rights to one League Championship Series, two Division Series and one wild-card game. This deal does not include rights to any additional playoff games, which would have to be negotiated separately. https://t.co/LBFfiM2a5a

The total value of the new deal with Turner will be worth about $3.76 billion over seven years, per Bill Shaikin of the Los Angeles Times.

This report puts the total value of the new MLB deal with Turner at about $3.76 billion over seven years. https://t.co/TcyvGY0z9t

The reported deal comes at a strange time for MLB.

They have been negotiating with the MLBPA for several months on the amount that players should be paid.