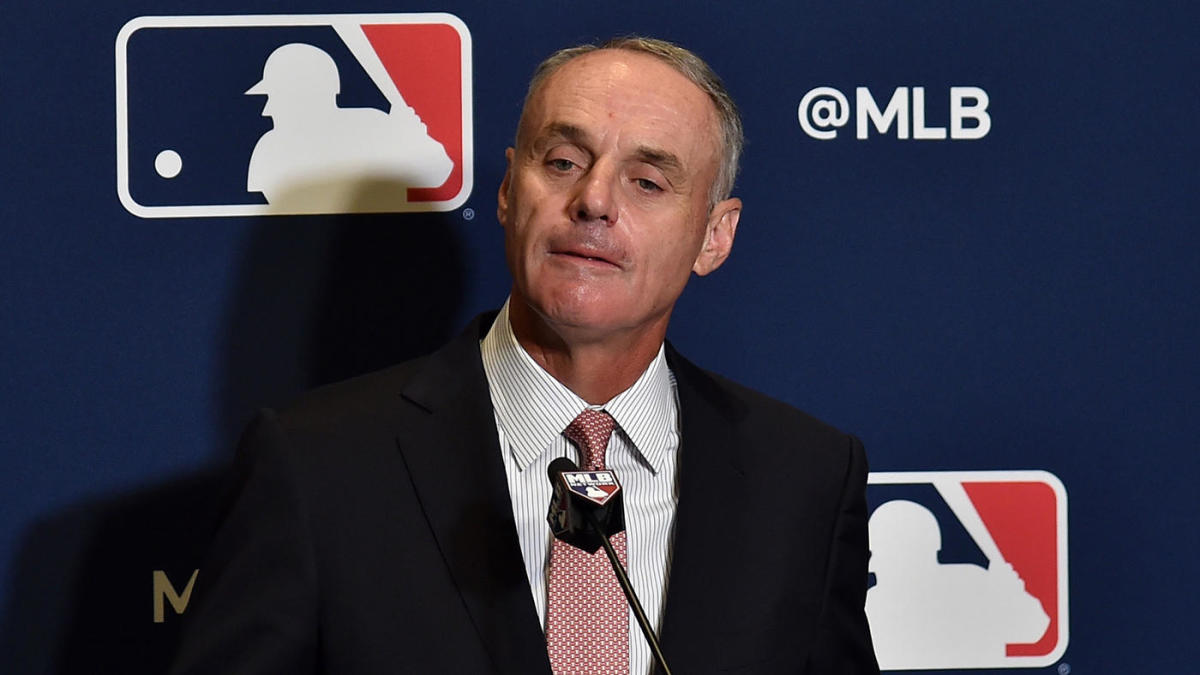 The prior week in MLB was about the league sending an economic proposal to the players’ association, MLBPA requests a longer schedule in counter-proposal and hundreds of minor-league players are released.

MLB sent their new economic proposal to the MLBPA last week, which had a sliding pay scale.

The proposal would offer players with a low salary a higher percentage of their expected salary.

However, the players who have a higher wage would see a dramatic cut in their pay.

The proposal also included bonuses if postseason games are played, per Jeff Passan and Jesse Rogers of ESPN.

MLB proposed cuts to the highest-paid players in baseball in its first economic proposal to the players Tuesday. Players in turn bristled at the proposal. There is a significant gap between what the league offered and what the players want. News at ESPN: https://t.co/1ZUgA01MNU

It’s important to note that about 65% of all players in MLB make a million or less, per Rogers.

And, remember, players were advanced some salary whether they play or not.

If a player were set to make $35 million this season, his salary under the new proposal would have him earn $7.8 million, says Rogers.

The playoff bonuses are a nice addition, but it’s still a horrible proposal.

It’s not fair to severely penalize players who have a high salary to compensate players with a low salary.

The league was considering a 50-50 revenue split with the players, but that idea was rejected by MLBPA director Tony Clark who said the idea was like having a salary cap.

It would have been interesting to see how much money the players would have received under the revenue split and compared it to the new proposal.

The Major League Baseball Players Association submitted their counterproposal to MLB yesterday for a 2020 season, per Ken Rosenthal and Evan Drellich of The Athletic.

“Rob (Manfred) has this tendency which can fool some people. … He has something he knows he’s going to give you for nothing, but why bother giving it to you for nothing if you might throw it out there.”

The ability for any player to opt out of playing if they chose.

The deferrals would apply to contracts of $10 million above (before being prorated). The payments would occur in November 2021 and 2022, says Drellich.

• Deferral would be ONLY if the postseason is canceled. Would apply to contracts of $10 million above (before being prorated). Payments would be in November 2021 and 2022.

• Either way, players would get additional salary advance during spring training camp of $100 million.

The players who are “high risk” with the coronavirus pandemic or live with someone “high-risk” can opt out of playing and still receive a full salary and service time, while other players who prefer to opt out would just get service time.

The MLBPA is open to other ways of generating additional revenue such as a postseason or offseason Home Run Derby, All-Star Game, and other special events.

The proposal by the MLBPA to increase the length of the season from 82 games to 114 and asking for full prorated salaries, allows players to receive 70% of what they expected to make during the 2020 campaign.

Hopefully, both the league and players association can agree on financial terms as it is a significant step in baseball being played in 2020.

The coronavirus pandemic postponed the beginning of the 2020 baseball season, and MLB teams agreed to pay minor leaguers $400 per week through May 31.

A couple of days ago, hundreds of minor leaguers were released, and more will be released over the next week.

The result could see 1,000 total players being released.

There are roster moves like this that happen throughout the year, but the coronavirus pandemic and expected cancellation of the 2020 minor league season has led to more cuts than usual, per Jeff Passan of ESPN.

In normal years, cuts happen but not en masse like this. The fallout from the coronavirus, expected minor league contraction and the anticipated cancellation of the 2020 minor league season prompted organizations each to release dozens of players, who were being paid $400 a week.

There are at least 11 teams who have cut minor leaguers, according to Robert Murray.

Murray spoke to some minor-league players who said they were “terrified,” “scared,” and “nervous.”

Have spoken with a number of minor league players today. The words “terrified,” “scared” and “nervous” have been common. https://t.co/HnnZyTwv0Z

Though, it’s a rough time to be a minor leaguer, a player in the majors has stepped up hugely.

Los Angeles Dodgers starting pitcher David Price will pay $1,000 out of his money during June to each minor league player in the Dodgers system (40-man roster not included), per Francys Romero.

Sources: David Price will pay out of his money $ 1,000 during the month of June to each minor league player in Dodgers system (40-man roster not included) according to multiple sources. Beautiful act if we count that Price hasn't played yet in MLB with @Dodgers. RESPECT.

The generous gesture by Price shows he is an individual with high character as he will impact the lives of 221 people.

The Dodgers have 221 minor leaguers, not on the 40-man roster.

The team did pledge to continue paying their minor-league players through June, per Jorge Castillo of the Los Angeles Times.

Other teams have committed to paying their minor leaguers as well.

The Cincinnati Reds will continue through Sept. 7 and the Houston Astros through Aug. 31, says Passan.

Two other teams that have committed to paying their minor leaguers $400-a-week stipends: the Cincinnati Reds through Sept. 7 and the Houston Astros through Aug. 31. Good on both of them.

The Twins are paying their minor leaguers through Aug. 31, per Jon Heyman of MLB Network.

Minnesota Twins deserve a lot of credit. They have committed to paying their minor leaguers through Aug. 31 and also to not releasing any minor keaguers assuming there’s no minor league season. Great organization!

A team that stands out is the Kansas City Royals as they will pay their minor leaguers for the whole year and don’t plan to release anyone, per Heyman.

KC Royals are paying their minor leaguers for the whole year, And no releases. Here’s word from KC: “Haven’t had any (minors releases) and won’t through the the summer. !!!” Great organization with a heart!

Royals general manager Dayton Moore made a statement about the team’s decision to stand by their minor league players a couple of days ago, per Alec Lewis of The Athletic.

In a conference call with local media members today, Royals GM Dayton Moore said this about the club's decision to stand by their minor league players: pic.twitter.com/8ZfWWx95Jh