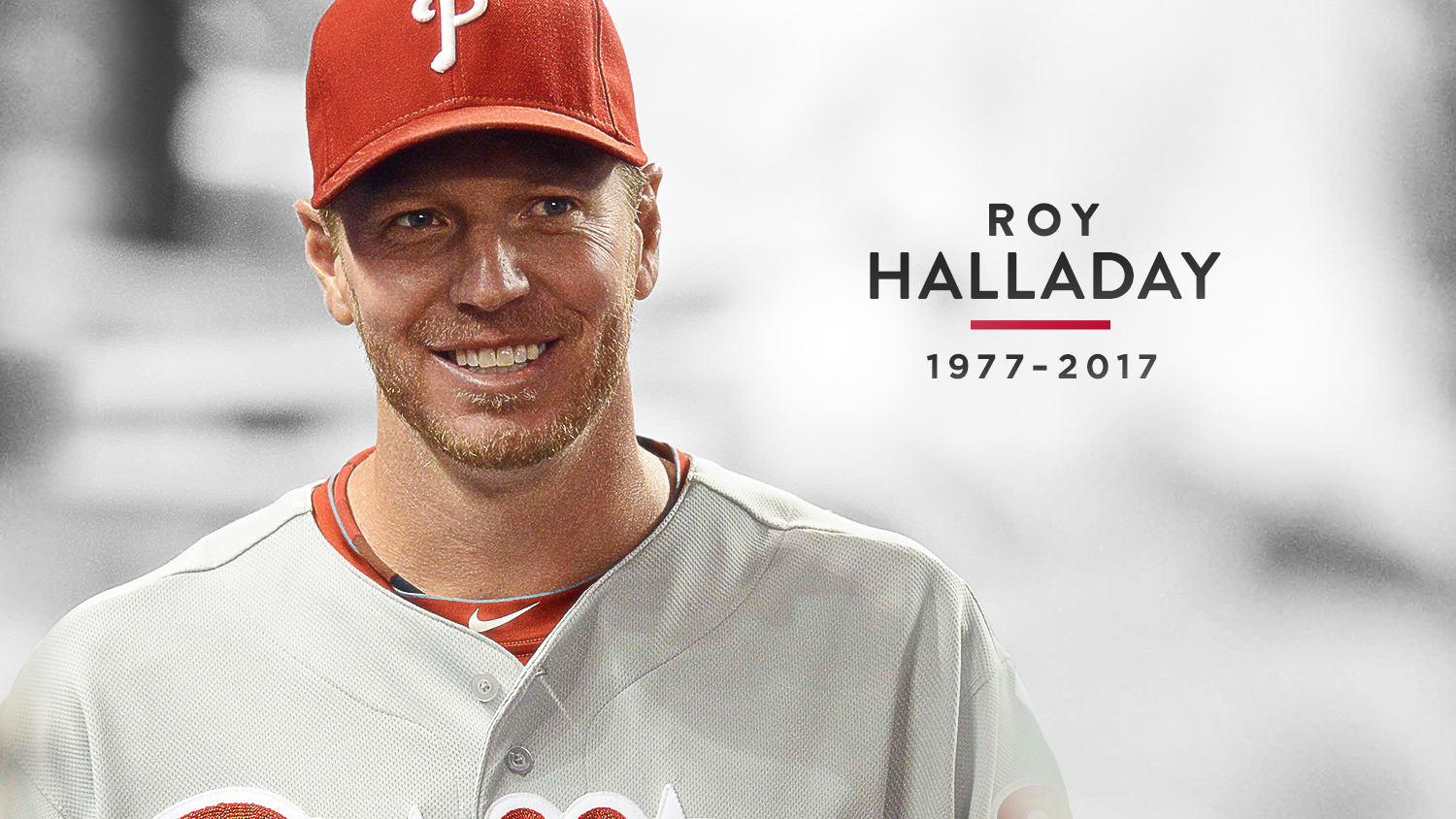 The story of Roy “Doc” Halladay has me thinking about deep and important issues about life and its meaning and the insidious power of mental illness.

ESPN aired a documentary about him the other night that was so sad, perplexing, and disturbing that it has me feeling terrible for whatever was going on inside the man’s troubled mind.

For those of you who don’t know the story, Halladay starred as a pitcher in the major leagues for the Philadelphia Phillies. He threw a perfect game and rose to become one of the game’s greatest pitchers.

Later in his career, he developed back soreness and started taking opioids to relieve the pain. Despite this condition, he continued to pitch and developed shoulder pains.

He became addicted to pain killers and other drugs and developed emotional problems such as depression and anxiety. Under deep secrecy, he went in and out of drug rehab twice.

One day he went out for his go-to place of escape to fly his airplane and crashed it into five feet of water in the Gulf of Mexico. Toxicology reports indicate he was on several different drugs that day. Whether he intentionally plunged his plane into the seawater or lost control of the plane will forever remain a mystery.

What is not a mystery is that the end of this man’s life came as a shock to the sports world. He seemed like the All-American good guy.

Known for his first-class work ethic as a pitcher, he always looked calm on the mound and he sure knew how to get guys out. As a pitcher, he was an artist of the highest order, a Hall of Famer.

What happened? Where did this all veer so far off course?

The documentary reveals some answers but raises many more questions. His wife asserts that Doc was a perfectionist. No matter how many games he won, no matter how great he became, in his mind, he was never good enough.

It must be hard to be a perfectionist because it’s so rare to be perfect. As a pitcher, he hurled a perfect game and was as close to a perfect pitcher during his prime as any in the world. But something in his mind didn’t click with that idea. He didn’t see what everyone else could see, that he was a great pitcher, nearly perfect.

If you strive for perfection and demand it of yourself, you’re bound to get frustrated and can go mad. It’s basically impossible to be perfect at anything, especially on a sustained basis.

Which begs the questions: Why did he feel the need to be perfect, and why was he never satisfied with being truly great?

The documentary does not answer this question. But I wondered while watching – and the question won’t leave my mind – was it his parents? I don’t mean to blame his parents and feel so bad for the loss of their son.

Being a father myself, I am well aware of the mistakes parents make in guiding their children and have made plenty myself.

One element of this story may have left a clue. When Doc’s family moved into a new home in Colorado where he grew up, the father said he made sure the basement was big enough for his son to be able to practice pitching.

So did his father pressure him to become a pitcher? Did he insist on his son practicing in the basement constantly? Did his father plant the idea in his son’s mind – or make it clear – that he expected his son to become a major league pitcher?

I don’t know. That’s not my point. The point is this kid spent a whole lot of time while growing up throwing a baseball and evidently played no other sports. If he did, the documentary didn’t cite any.

A single sport, single-position athlete this kid was. There was no mention of him playing first base sometimes or hitting the ball. Just a pitcher. Every day, all day.

I wonder if his life would have turned out differently had he played more than one position in baseball and also hit or played at least one other sport. This would have given him a more balanced life.

Playing other sports would have taken some of the pressure of his pursuit of being a great pitcher. Instead, he spent countless hours in his basement to practice throwing the ball, while his friends were out playing basketball and football and doing other things normal kids do.

Maybe Doc and his family had too much riding on him becoming a star pitcher and the pressure ultimately got to him. When his back started to hurt in the pros, he may have started thinking that his one goal in life, to be a pitcher, was under threat and could one day end quickly.

Then what would he do? Maybe he was petrified of that question and didn’t know what else he was besides a baseball pitcher because he had explored few other aspects of life. If not a pitcher, who was he? He may not have known the answer to that, and it may have bothered him more profoundly than we will ever know.

This reminds me of the life of Tiger Woods. From a young age, his father put the idea in his mind that he would be a great golfer. Tiger golfed and didn’t do much else with the rest of his life. His life lacked balance. And we all know the tragic path his life took for several years.

It’s understandable to fear this. But the truth is the public would have been sympathetic more than critical of him. He may have found comfort in knowing that people cared about him instead of worrying that they would think less of him. But he couldn’t bring himself to let people know who could have helped.

Fear, pride, honor – something drove him to keep his problem under wraps. Apparently, he was confused. He was not thinking as coherently as most people do.

People in this mental hell should not be ridiculed. It’s to be taken seriously and handled sympathetically. They need help and consolation. People sympathize with other people who are struggling with mental health issues. They want to help. They understand that sometimes people get mixed up, can’t control their thoughts, and are feeling hopeless and scared and can’t figure out how to stop feeling that way.

This poor man just didn’t know what to do. Mentally, he felt trapped. His thought processes veered way off course. He was incapable of rationale thinking. He was uncomfortable and dissatisfied with his life.

That’s a horrific place to be.

I wish he had been able to find his way out of there.