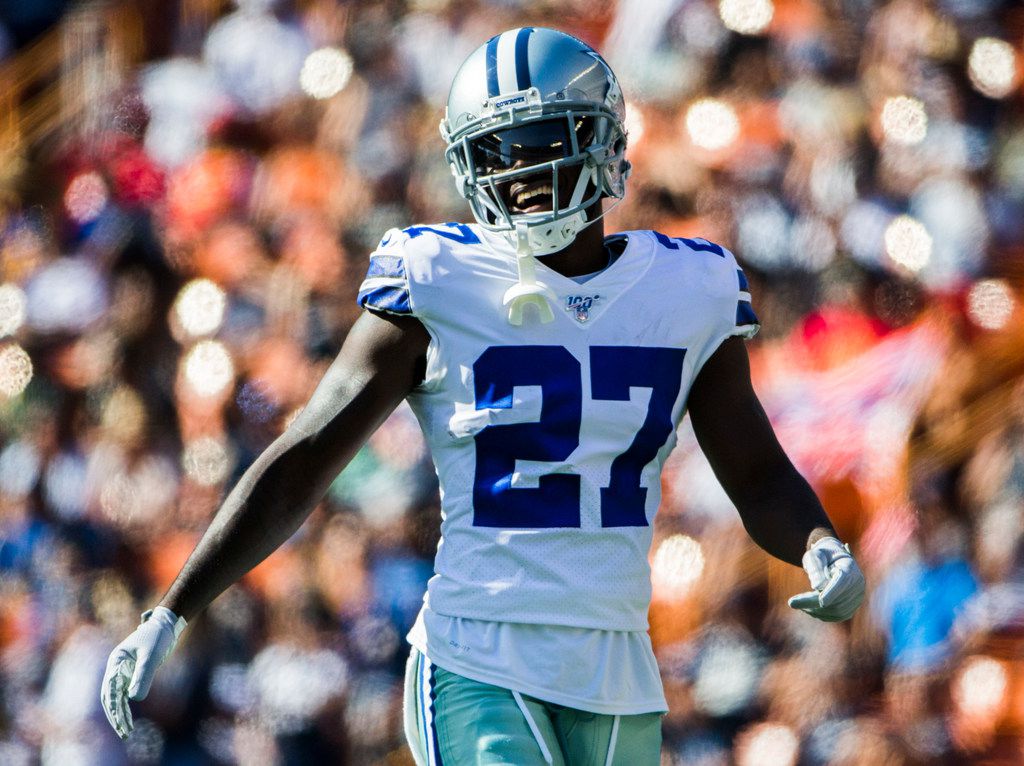 In the NFL Draft, the Dallas Cowboys were looking to buffer the cornerback position in a major way to counteract the loss of Byron Jones to the Miami Dolphins in free agency. They snagged corner Trevon Diggs out of Alabama at 51 after some had him mocked to the Cowboys in the first round. In the fourth round, the Cowboys doubled up and added corner Reggie Robinson out of Tulsa. Now, Jourdan Lewis comes into play.

That takes care of the outside but what about the nickel corner position? Lewis has been fighting to show what he can do on the NFL level, at least consistently, since he entered the league in 2017. With a contract season on the horizon, it’s more paramount than ever for him to maximize his opportunities.

Lewis got his career off to a good start as a rookie by registering 54 tackles, 10 pass breakups, and an interception in seven starts. Unfortunately for Lewis, he would get lost in the shuffle after the Cowboys hired Kris Richard to be the team’s passing game coordinator and defensive backs coach. Richard preferred longer and bigger corners, and at 5’10, Lewis simply didn’t fit what he wanted.

In 2018, Lewis would only rack up 12 tackles, an interception, a pass breakup, and two fumble recoveries. Last season, however, Lewis got a break when fellow nickel corner Anthony Brown went down with a season-ending triceps injury. He totaled 51 tackles, six pass breakups, two interceptions, a fumble recovery (took back for a touchdown), and four sacks in five starts.

Now, after clearly showing his size doesn’t change his talent level, Lewis will be in an interesting battle with Brown for nickel corner supremacy. The Cowboys signed Brown to a three-year, 15.5 million dollar extension with eight million in guarantees back in March, so the organization obviously values having him on the roster. This makes it even more important for Lewis to beat out Brown as he tries to secure his first big payday.

Lewis is more naturally gifted than Brown, especially when it comes to ball skills, and creating turnovers, which could end up being a major factor in him winning the job over Brown this season.

According to ESPN’s Todd Archer, new defensive coordinator Mike Nolan will be looking to get the best players on the field.

“It is really just a personnel decision to get your best 11 on the field,” Nolan said. “Outside of that, it’s just spacing between the 11 players you have.”

Competition brings out the best in players and Lewis will definitely have that with Brown breathing down his back for the nickel corner spot. This will without question be one of the more intriguing battles before the 2020 season kicks off for the Cowboys.