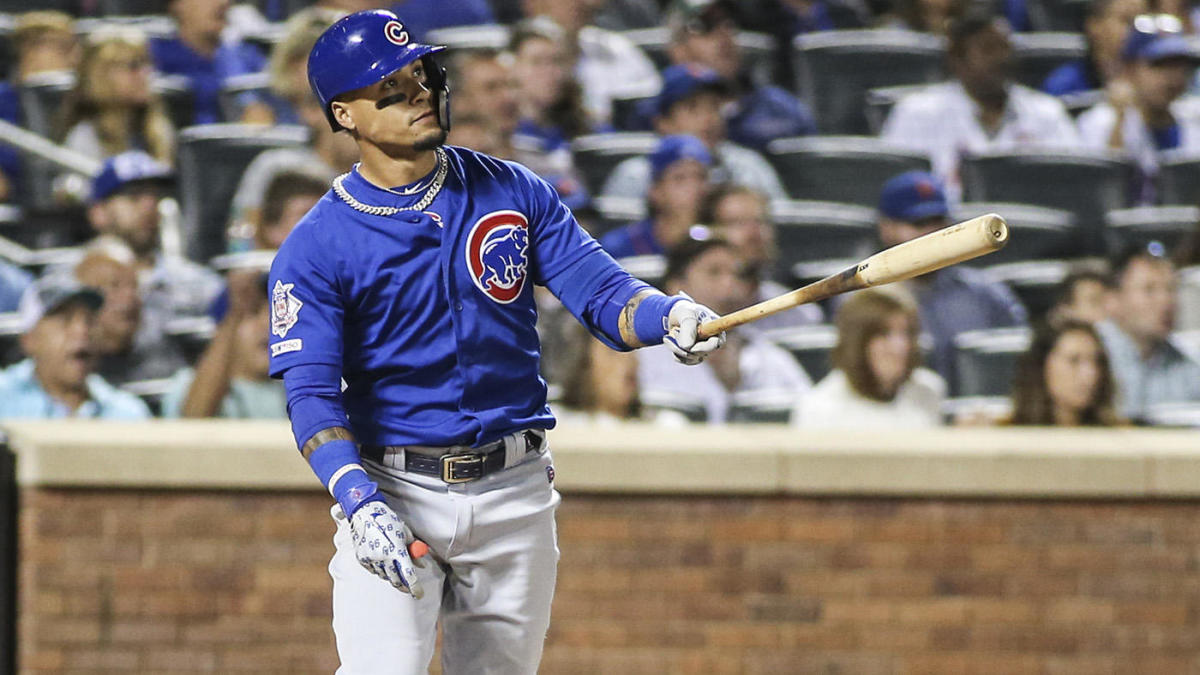 The prior week in MLB was about a team in the National League delaying extension talks with a player, and the league sets the number of rounds for the draft.

A team in the American League might be looking for a new place to play home games due to the coronavirus, and the league will talk with owners to discuss plans for the 2020 season.

The Chicago Cubs have decided to delay extension talks with shortstop Javier Baez due to the ongoing coronavirus.

Baez, who is under team control through the 2021 campaign, is looking forward to getting a deal completed but mentioned there isn’t a rush.

“Obviously, we want to reach an agreement, but right now everything is on hiatus. Just like it happened with baseball, we decided to leave it there. We haven’t talked about anymore, Baez said to Marly Rivera of ESPN.

I spoke to #Cubs shortstop @javy23baez about his charity work in Puerto Rico with #Twins pitcher @JOLaMaKina, handing out meals to 500 needy families. Báez also addressed contract-extension talks with the #Cubs and possibly playing with no fans at Wrigley. https://t.co/H0CBKWsMPW pic.twitter.com/SjcT3Rd2fQ

There was some talk about a possible extension that began in November and continued through the winter months and spring training.

Baez was someone who had the tools to be an outstanding player since making his debut in 2014 but has put everything together over the last two years.

The shortstop posted a .290 batting average, led the National League with 111 RBIs, and finished second in the MVP voting in 2018.

He remained stellar the following year in 2019, by compiling a .281 average and accumulated 85 RBIs.

He’s been selected as an All-Star in each of the last two years.

Baez has developed into one of the better players in the NL.

The Cubs would be smart to sign him to a long-term deal once the situation with the coronavirus improves.

Major League Baseball has set the limit for the 2020 draft at five rounds, per Jeff Passan and Kiley McDaniel of ESPN.

The 2020 Major League Baseball draft will be five rounds, sources tell @kileymcd and me. All players who go undrafted would be eligible to sign for a maximum of $20,000. While there was a proposal to the union for a 10-round draft, the sides didn’t come to an agreement.

Once the fifth round is finished, teams can sign as many undrafted players as they want for a maximum signing bonus at $20,000 for each player.

There was some speculation the draft would have 10 rounds.

However, MLB and the players union’ could not agree on a 10-round draft though several teams wanted the chance to draft more players, per Passan.

There remains a significant divide within the team side on the draft. A majority of front offices were pushing for a longer draft, recognizing the value reaped even in later rounds can be immense. Pushback to keep the draft as short as possible from some owners was strong.

A significant reason the union rejected the 10-round proposal was teams would not have been allowed to use slot money from Rounds six through 10 to pay players in Round one through five, says Passan.

The 10-round proposal the union rejected included an interesting twist: essentially it was two five-round drafts. Meaning teams would not have been allowed to use slot money from R6-10 to pay guys in R1-5. Proposal also limited the number of undrafted players teams could sign.

The draft being only five rounds and undrafted players having a signing bonus of $20,000 is a significant win for the owners and a monumental loss for potential draft picks.

The best players at either the high school or collegiate level will be in good shape.

But players who were not scouted heavily or individuals who attended a low-profile school will be impacted.

The date of the draft is not finalized, but it will probably take place on June 10-11, per Joel Sherman of the New York Post.

Sources: The MLB draft is to be 5 rounds on 6/10-6/11. There was a proposal to the union for 10 rounds. But agents in particular pushed the union not to accept for a variety of reasons, including that there would have been a max players from 6-10 were paid, but not a minimum.

The Toronto Blue Jays have begun plans for playing their home games at a different stadium for the 2020 season if the team and their opponents are not allowed to enter Canada due to border restrictions related to the coronavirus, per Shi Davidi of Sportsnet.

The ballpark has not hosted regular-season games, but it would have been the Blue Jays’ home in 1995 had MLB used replacement players after the strike.

MLB has mentioned numerous plans to begin the 2020 season, including one that would have teams play games in as many of the league’s home cities as possible.

However, Canada’s Quarantine Act, an emergency law the country’s government started on March 24, could prevent the Blue Jays from playing home games at Rogers Centre.

The details of the Quarantine Act is that anyone entering Canada must undergo screening for coronavirus and then isolate for 14 days, regardless of whether they exhibited symptoms of the disease.

The Blue Jays having their home games at TD Ballpark temporarily until the law is changed would be the best option.

MLB And Owners to Discuss Plans for 2020 Season

Major League Baseball will meet team owners on a conference call today to talk about plans for the 2020 campaign, per Ken Rosenthal of The Athletic.

If the owners approve the ideas presented during the conference call, the MLBPA will be presented with a proposal Tuesday, says Rosenthal.

The topics that would be discussed is having the regular season begin in early July and playing about 80 games.

The schedule would be regionalized, as teams would face opponents only within their division and the same geographic division in the opposite league.

Teams would open their season in as many home parks as possible.

These are all exciting ideas, and it appears we are on the path to having baseball played this season.