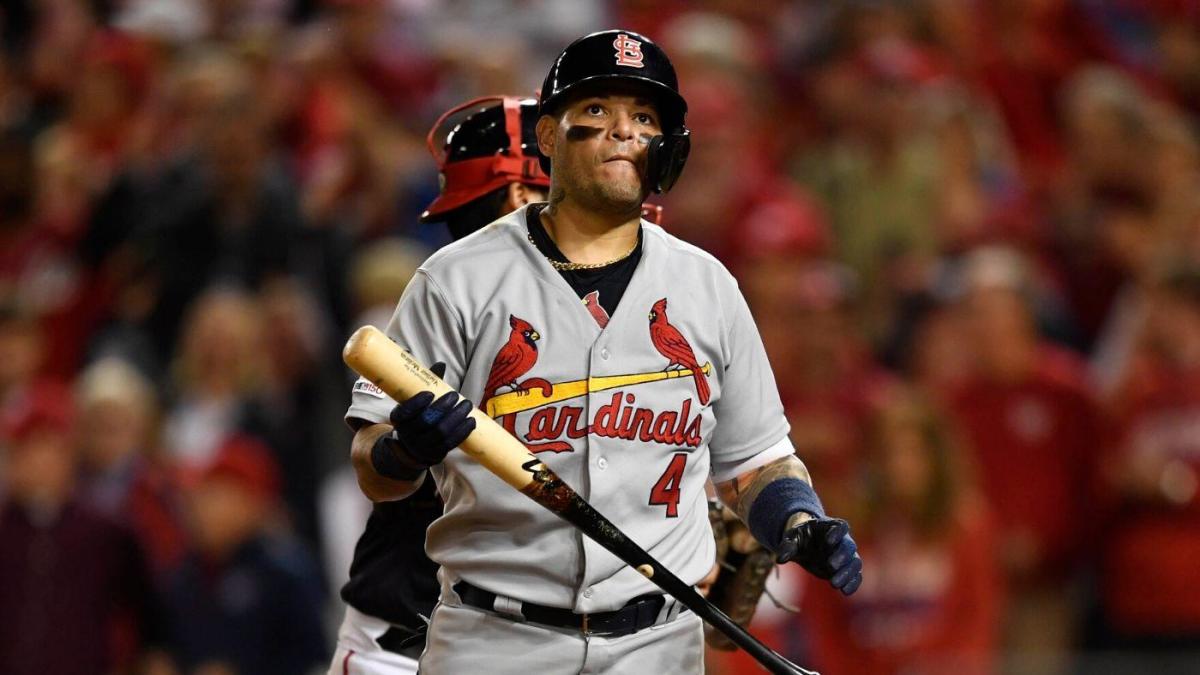 The prior week in MLB was about a catcher who might become a free agent, the league is thinking about division realignment, and the draft is still on schedule.

Yadier Molina previously mentioned he would either retire or remain with the St. Louis Cardinals.

However, the coronavirus pandemic impacting the world has forced Molina to think of another option.

“I previously said that, if it wasn’t with St. Louis, that I would go home,” Molina said this to Marly Rivera of ESPN.

“If we were unable to come to an extension agreement, that I would retire. But the situation with this pandemic has changed everything. Right now, I’m thinking of playing two more years.”

Molina is in the final year of his contract with the Cardinals.

He would love to remain with the Cardinals, but if both parties cannot reach an agreement, Molina will become a free agent.

Molina and the Cardinals were working on an extension in March, but nothing was finalized.

The backstop has spent his entire 16-year career with the Cardinals.

He has appeared in 1,983 games, which puts the nine-time All-Star 16th all-time in games played among catchers, surpassing Hall of Fame catcher Mike Piazza last season.

Molina had a solid campaign with the Cardinals last season as he posted a .270 batting average and .711 OPS with 24 doubles, 10 home runs, and 57 RBIs.

The veteran catcher showed last year he can be a valuable player on a contending team.

Hopefully, Molina and the Cardinals can agree to an extension, as it would be strange to see Molina in anything but a Cardinals uniform.

Major League Baseball is thinking about an interesting idea for a shortened 2020 season, and it involves realignment.

The proposal would have 30 clubs realigned into three 10-team divisions based on geography, per Bob Nightengale of USA TODAY.

MLB discussing plan in hopes of starting season in late June, playing in revamped 10-team divisions in home stadiums, but without fans. https://t.co/aHeNftRZhj

The realignment would have teams play regular-season games at their home stadiums with no fans in attendance.

Since the divisions would be by geography, teams would mostly play against natural rivals and within their division, reducing travel in a big way.

The realignment idea seems weird on the surface, but in an abbreviated season, it can work.

A significant benefit with the realignment involves reducing travel for clubs.

So, there will not be any teams making long road trips, as they’ll be close to all teams within their respective division.

MLB is thinking of several ideas to have a 2020 season, and, hopefully, they can formulate a logical plan before its too late.

MLB Plans to Have Draft Occur on June 10

MLB still plans to have the draft take place as previously scheduled on June 10, per Joel Sherman of the New York Post and Jon Heyman of MLB Network.

2 sources confirm that MLB is closing in on making June 10 draft day as @JonHeyman reported. What is still not finalized is if the draft will be 5 or 10 rounds.

The MLB draft is still planned to be done June 10. Virtually of course. Was originally supposed to be in Omaha but of course there’s no College World Series now.

The draft will not be held in Omaha, along with the College World Series, per Heyman.

The league has yet to decide how many rounds the draft will be; past drafts have gone 40 rounds.

A couple of days ago, MLB presented a proposal for a revised draft, and it was rejected by the MLB Players Association, per Ken Rosenthal and Evan Drellich of The Athletic.

The league wanted to shorten the draft from 40 rounds to 10, which the MLBPA previously accepted, but there were other restrictions in the proposal which the union did not agree.

MLB wanted picks in the first five rounds to maintain their slot values as they would in a standard 40-round draft.

However, the slot values in rounds six through 10 would be 50% of the first five rounds, per Rosenthal and Drellich.

There would be a hard cap on signing bonuses at each pick’s slot value.

Also, the league proposed limiting how much money could be given to undrafted free agents.

The proposal would have each team allowed to sign a maximum of five undrafted free agents to a $20,000 bonus; the highest amount allowed an undrafted player can receive.

Teams could then sign as many undrafted players as they liked to bonuses of $5,000 or lower.

MLBPA rejecting the proposal makes sense as MLB wants to limit not only signing bonuses for each player drafted but the bonus for undrafted players as well.

The reduction in slot values after the fifth round by a significant amount is another reason the proposal was denied.

Hopefully, MLB and MLBPA can reach an agreement that benefits both drafted and undrafted players.

The draft will be held virtually June 10, and the Detroit Tigers have the first overall pick.