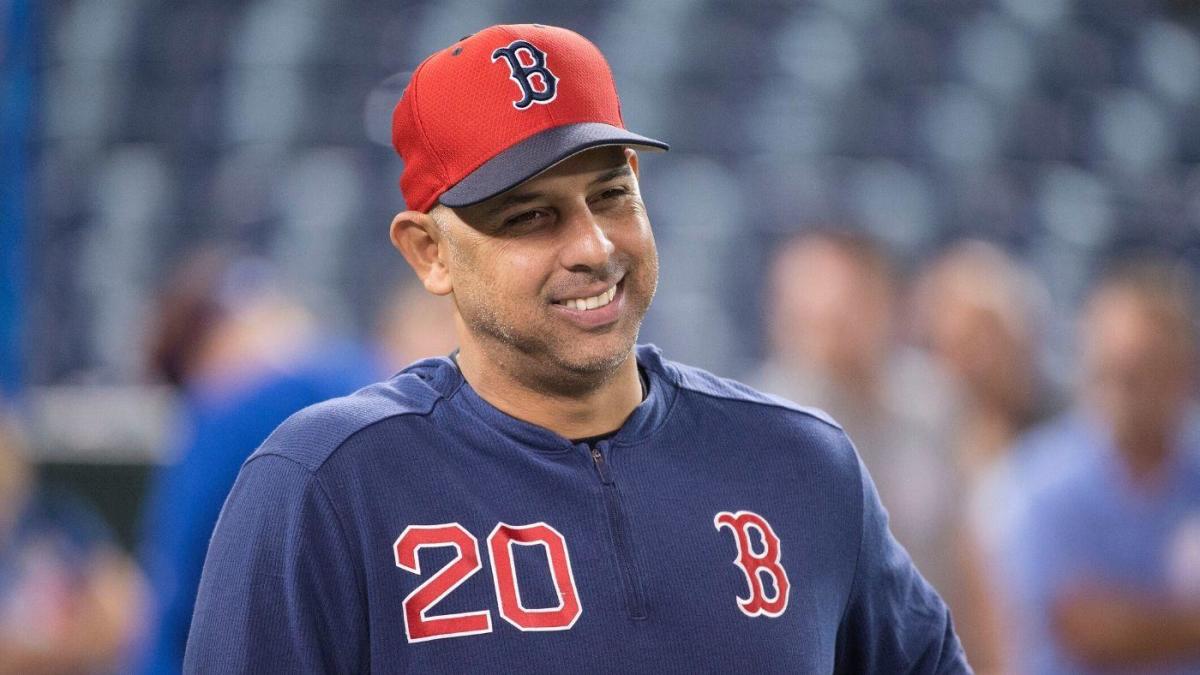 The last week in MLB was about the league penalizing a team for what occurred seasons ago, MLB is considering an idea to start the 2020 season, and a player is selected for an award based on charitable work.

Major League Baseball has singled out Boston Red Sox video replay operator J.T. Watkins as the primary person following their investigation into sign-stealing allegations against the club during the 2018 season, per a statement several days ago from commissioner Rob Manfred.

MLB also banned Watkins through the 2020 playoffs and isn’t allowed to perform his job as a replay operator next year.

The club’s former manager Alex Cora is banned through the ’20 playoffs, but only for conduct with the Houston Astros in 2017 when he was their bench coach.

The Red Sox will lose their second-round pick during the ’20 draft, per Ken Rosenthal of The Athletic.

*Ban of replay operator J.T. Watkins through 2020 playoffs and from doing same job in ‘21.

*Ban of Alex Cora through ‘20 playoffs, but only for conduct with #Astros.

Watkins is being suspended for using “the game feeds in the replay room, in violation of MLB regulations, to revise sign sequence information that he had permissibly provided to players prior to the game.”

The report mentions that Watkins used in-game video to decode signs during the 2018 regular season only.

There was not sufficient evidence to prove that Watkins continued doing this during the 2018 postseason or 2019 regular season.

The punishment, if you can call it that is not even close to what happened to the Houston Astros.

The Astros had their manager and general manager suspended for one year, the organization was fined $5 million, and lost their first- and second-round picks in 2020 and 2021.

The Red Sox losing their second-round pick has the potential to hurt them.

They drafted pitcher Jon Lester, second baseman Dustin Pedroia, and current closer Brandon Workman in the second round, per Joel Sherman of the New York Post.

Loss of 2d-round pick does harm. #RedSox found Jon Lester, Dustin Pedroia and current closer Brandon Workman in 2d round. But because Bos was accused of similar acts as the #Astros, the anticipation was for far worse. But MLB says it simply did not find acts near what Hou did.

MLB choosing to ban Cora through 2020, but only for what happened with the Astros in 2017, is perplexing.

MLB mentioned they could not find any evidence that Cora was aware of what Watkins was doing.

I find it hard to believe that Cora was unaware of what Watkins was doing as Cora was the manager in 2018.

However, Manfred did mention in the report Cora “did not effectively communicate to Red Sox players the sign-stealing rules that were in place for the 2018 season.”

A reason why the punishment the Red Sox received was less severe than the Astros is the sign-stealing by the Red Sox was less limited in scope.

“The information provided by Watkins was only relevant when the Red Sox had a runner on second base (which was 19.7% of plate appearances league-wide in 2018).”

“Watkins communicated sign sequences in a manner that indicated he had decoded them from the in-game feed in only a small percentage of those occurrences,” according to the report.

The Rex Sox and Cora parted ways in January after MLB revealed his involvement with the Astros sign-stealing scandal.

There were no players mentioned in the report, and none will be suspended for their cooperation as this is an agreement by MLB and MLBPA, per Sherman.

The agreement between MLB/MLBPA is that no player who agreed to be interviewed by investigators would be punished or publicly named by MLB.

The punishment handed down by MLB is weak as the loss of the second-round pick in 2020 is the most significant blow to the Red Sox.

The singling out of Watkins is unfair, as I do not believe he was acting alone and only doing his job.

Major League Baseball is considering another way to get the 2020 season started, which involves the state of Texas as another place to have games played, per R.J. Anderson of CBS Sports.

The teams would use minor-and major-league stadiums located in Texas, Florida, and Arizona to start the season, and one source added there is some optimism about the feasibility of the latest plan, says Anderson.

The Rangers’ new ballpark, Globe Life Field, was supposed to have its first season this year, but coronavirus pandemic has prevented it from happening.

The positive aspect regarding their new stadium is it has a retractable roof, which could prevent more delays, such as potential games being postponed due to bad weather.

The Houston Astros’ Minute Maid Park also has a retractable roof, but it’s unknown if it would be part of the Texas plan due to the far distance from Arlington.

Chase Field in Phoenix, Arizona, and Tropicana Field in St. Petersburg, Florida would also be part of the plan, notes Anderson.

The three-team concept seems like a good idea as teams would not have to travel far depending on their location.

The plan will only work if MLB receives approval from health officials as coronavirus pandemic is still ongoing.

Seattle Mariners second baseman Dee Gordon has been working hard with no baseball being played, and his charitable work has not gone unnoticed.

Several days ago, Gordon was named the 55th recipient of the Hutch Award, which is given annually to the Major League Baseball player who “best exemplifies the fighting spirit and competitive desire,” of Fred Hutchinson.

Gordon was recognized for his philanthropic work with children who are victims of domestic violence.

When Gordon was seven, his mother was shot and killed by her boyfriend.

“That pain, it is something that is recurring. You never get over it. Even though I now have a daughter, I would be like, ‘I wish my mom could meet her,” Gordon said.

Hutchinson was diagnosed with terminal cancer in late 1963 and still managed the Cincinnati Reds until July of the following season.

Hutchinson died late that year at the age of 45.

Named in his honor, the Hutch Award’s inaugural recipient was Mickey Mantle in 1965.