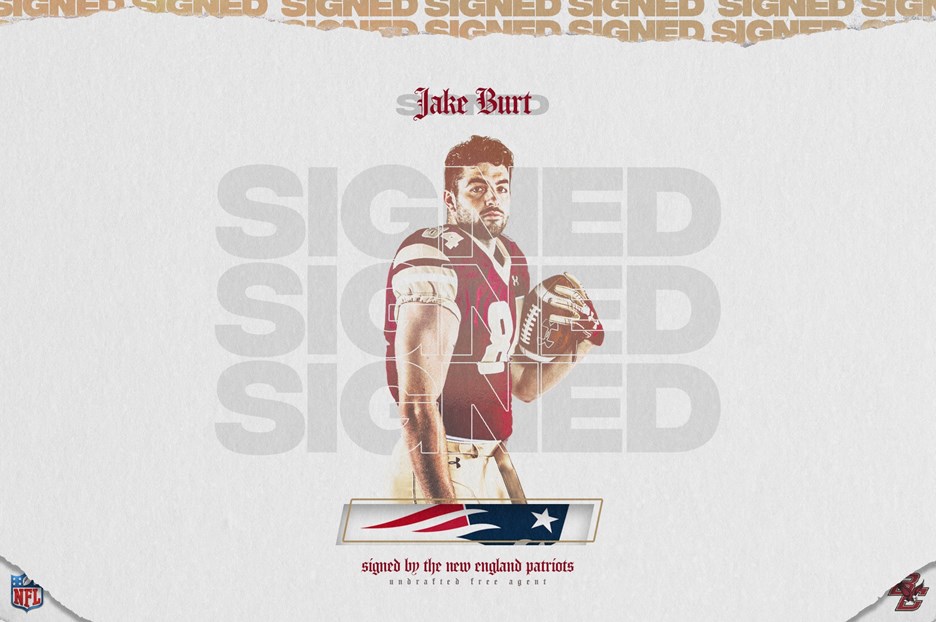 CHESTNUT HILL, Mass. – Former Boston College tight end Jake Burt has signed an undrafted free agent contract with the New England Patriots, according to reports. Burt just finished the best season statistically of his career in 2019 for the Eagles.

Burt joins AJ Dillon (Green Bay Packers, Second Round) as the second Eagle to join the NFL ranks from the 2019 BC squad.

Burt appeared in 36 career games at Boston College and finished with 23 career receptions for 307 yards and two touchdowns. In 2019, he totaled 15 catches for 212 yards, including a 55-yard touchdown.

As a redshirt junior in 2018, he played in 10 games and totaled six receptions for 83 yards and a touchdown.