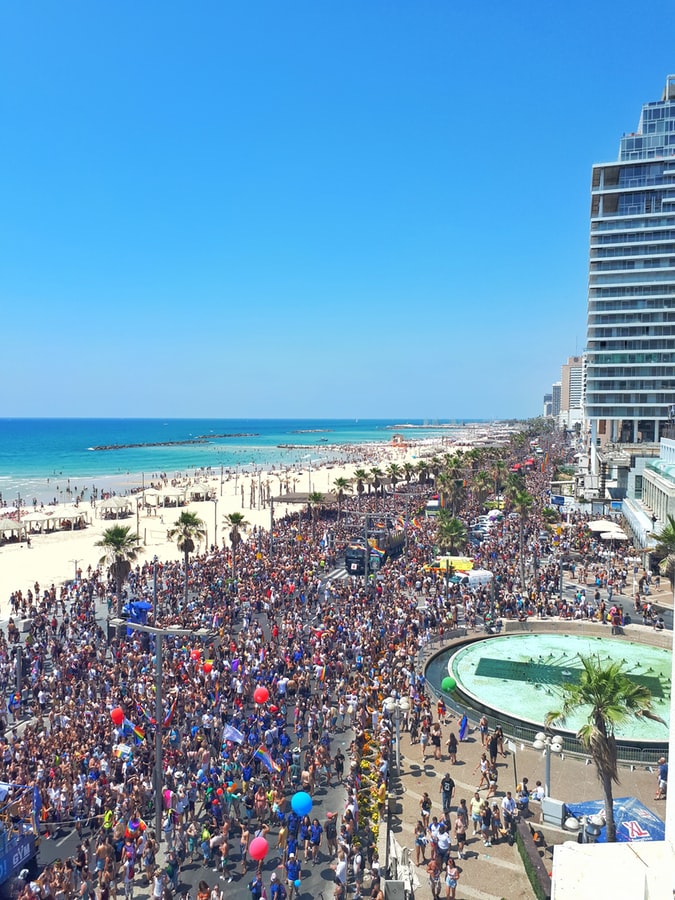 Robert Kraft and Bill Belichick dove out of the balloon. They were in despair because Tom Brady would no longer be their quarterback.

They landed somewhere in Montana.

Five crusaders remained on the balloon: Antonio Brown, Ricky Williams, Tom Brady, Drew Bledsoe, and Roger Goodell. Propelled by the jet stream from west to east, the Iron Five have been partying for several days all the way across the United States.

“Can’t wait to get to Florida, my new hometown,” said Brady, who announced he will be playing for the Tampa Bay Buccaneers this coming season. “Need to let loose. I’ve been stressed out in New England for all 20 seasons playing for Belichick. So glad we found Ricky to give us the weed we needed to endure this balloon ride across America.”

Steered by AB, the balloon hovers over the ocean about a hundred feet from the Daytona Beach shore. Thousands of college kids are laying around on the beach, diving in the water, and drinking.

“Look at that scene,” said Ricky. “That’s what I call a party. Wonder if we get some weed from those kids.”

“Hey guys,” said Goodell. “I’m not feeling comfortable with this. I shouldn’t be seen with you guys on a balloon plunging into the ocean off Daytona Beach to party with the maniacal college students.”

“You’re going to get paid $30 million a year by the Buccaneers,” said Goodell. “You obviously care about money.”

“OK guys, get ready,” said AB. “We’re going to land this thing in the ocean, and when we do we’re going to swim to shore.”

“Why not jump out before we land?” asked Ricky.

“Because it will be more dramatic for the college kids to see,” said AB. “They want to see us crash into the water. I’m a wide receiver and a lunatic. I know how to create drama that grabs attention.”

So the balloon crashes into the ocean. The five guys swim ashore. Waiting for them are thousands of college kids in bathing suits.

One guy says: “Hey, that’s Tom Brady. He just signed with the Tampa Bay Buccaneers. Makes sense that he’s here visiting Florida. But I don’t understand what’s going on with the other guys.”

Another college guy says: “Dude, haven’t you been reading Sammy Sportface. He’s been reporting about these guys flying around in a balloon across the country all week. It’s quite an amazing story. Dope, wine, rundowns, Kraft, Belichick, double-crossing, Bledsoe sneezing on Kraft on purpose.”

Twenty-five women go up and start touching Tommy B. They fondle his arms and legs and touch his face.

“Hey, I’m married to Gisele Bundchen, a supermodel,” he said.

The girl responds: “But I’m younger and have more energy. And I look like a supermodel, don’t I?”

“Where’s the weed?” asks Ricky. “We smoked all the weed I had left on the balloon ride.”

“We’ve got plenty,” said a college kid. “Everybody in college smokes weed.”

“That’s Roger Goodell, the Commissions of the NFL,” a college man says.

“Why is he with these younger guys? He seems out of place?”

“I wanted to be here,” said Roger. “I’m getting close in age to being a high risk if I catch the coronavirus. And I figured I would come hang out with you kids at the beach because you’re low-risk. Besides, I really like getting high. Ricky’s weed is wonderful.”

The throngs of people walk to a nearby bar called The Wild Thing. On the way, a reporter from the Daytona Beach Sun asks Brady. “Hey Tom, how come you gave this whole story to Sammy Sportface? Everybody else in the sports reporting world has been scooped by this obscure sports blogger no one has ever heard of. This has been going on for weeks, the whole scheme you pulled off to double-cross Belichick, all of it. Sportface had the whole story before any of us.”

“Sammy Sportface is my exclusive storyteller,” said Brady. “He and I hatched this plot to get me out of New England, mess up Belichick’s life, and crash the balloon driven by AB into off the coast of Daytona Beach. From now on, Sportface will be my go-to guy for sports news.”

The crowd enters the bar. Loud music blares by Elvis Costello. His band fires up “Pump It Up.”

Everybody gets really pumped up. The party lasts until sunrise the next day.