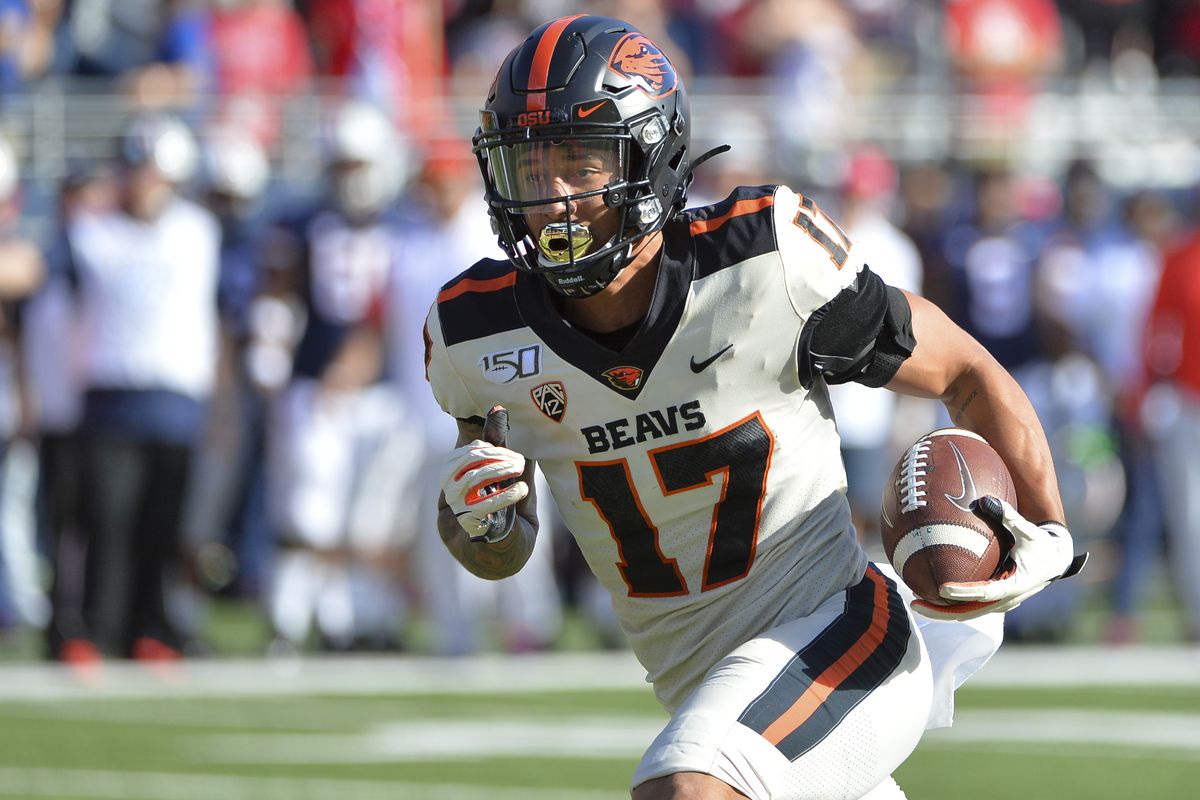 The Dallas Cowboys are currently in negotiations with wide receiver Amari Cooper on a long-term deal that both sides are pushing to get done before the new league year starts on March 18. However, Randall Cobb and Tavon Austin are set to be unrestricted free agents. The former is a part of the team’s offseason plans, while the latter has probably seen his last days in Dallas.

This presents an opportunity for the Cowboys to add another piece for their franchise signal-caller, Dak Prescott, in the later rounds after what is looking like a defensive heavy game plan early. Oregon State’s Isaiah Hodgins is a receiver not getting a lot of shine, but he should.

Hodgins got his feet wet his freshman year in 2017 catching 31 passes for 275 yards and two touchdowns. As a sophomoreat Oregon State, he elevated his game to 59 receptions for 876 yards and five touchdowns. This set the stage for a breakout junior year, and Hodgins delivered. He caught 86 passes for 1,171 yards and 13 touchdowns while getting a Second-Team All-Pac 12 nod.

At 6’4 his height makes him a nightmare to cover during contested throws and gives him an almost unfair catch radius. He’s not a burner or anything (ran 4.61 at the combine) but he’s very fluid in his route running which allows him to get separation. He would be perfect as a red zone threat, considering he was the nation’s best in 2019. Potentially this could create one-on-one opportunities Cooper and Michael Gallup with the attention he would attract, or even the aforementioned Cobb if he re-signs.

Hodgins is a stud that could fall right into the Cowboys lap on day 3 of the draft. Providing your quarterback, who you’re gonna pay big money to soon, with another weapon would be huge.