Amari Cooper Wants to be a ‘Dallas Cowboy for Life’ 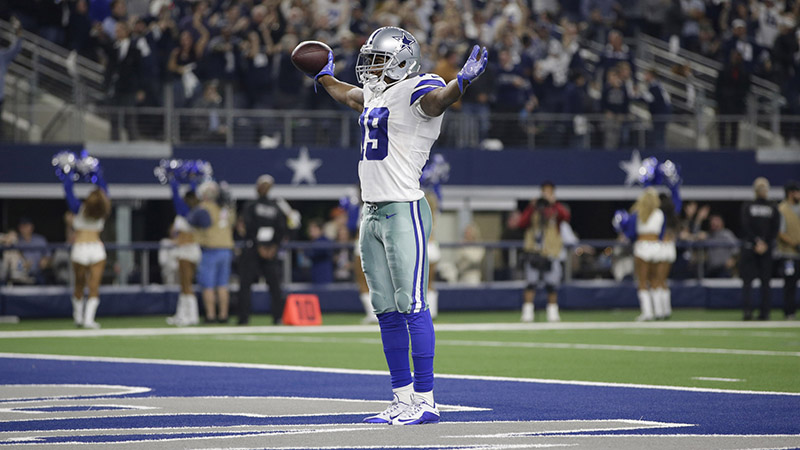 The Dallas Cowboys have plenty of players to make decisions on as free agency approaches in less than two weeks. Dak Prescott, and rightfully so, is the team’s first priority as a new deal for the franchise signal-caller is trying to be worked out before the tag window ends March 12.

Next on the list of importance is wide receiver Amari Cooper. Thursday night on 105.3 the Fan, Cooper talked about his desire to stay with the organization.

This was simply a continuation of what Cooper has said for quite a while in regards to his future with the Cowboys. In late January, he had this to say about his situation with the team.

“I don’t think it’s all about money,” Cooper said via Nick Shook of NFL.com. “If you’re a highly-touted free agent, you’re going to get paid a lot of money no matter where you go. Is it worth it to go somewhere that you probably don’t want to go as far as, you might be a guy like me who’s from South Florida who’s never played a game in the snow?

Cooper also talked about the possibility of playing with former Cowboys receiver Dez Bryant. Not only would he be open to the idea, but he feels he’ll benefit from it.

“I think it would be great,” Cooper said. “Obviously, Dez was a great player. When I was in college and even in my first couple of years in the league, he was still considered one of the top-five receivers in the game. I don’t think that’s something you just lose, especially with the way Dez’s game is. I think he can come back and be a dominant player.”

“Of course, I want to play with him. I know that I can learn something from him.”

Since Amari Cooper came to Dallas he’s been one of the NFL’s most productive receivers in the league. In 25 regular-season games, he’s registered 132 receptions for 1,914 yards and 14 touchdowns. He’s coming off a season in which he set career high’s in receiving yards (1,189), touchdowns (8), and yards per catch (15.1).

This is a situation that will lead to a long-term deal at some point. Just recently at the NFL Combine, the organization met with Cooper’s agent as the urgency to get him signed to a lucrative deal ramps up. The only thing left now is to dot the final I’s and cross the final T’s.