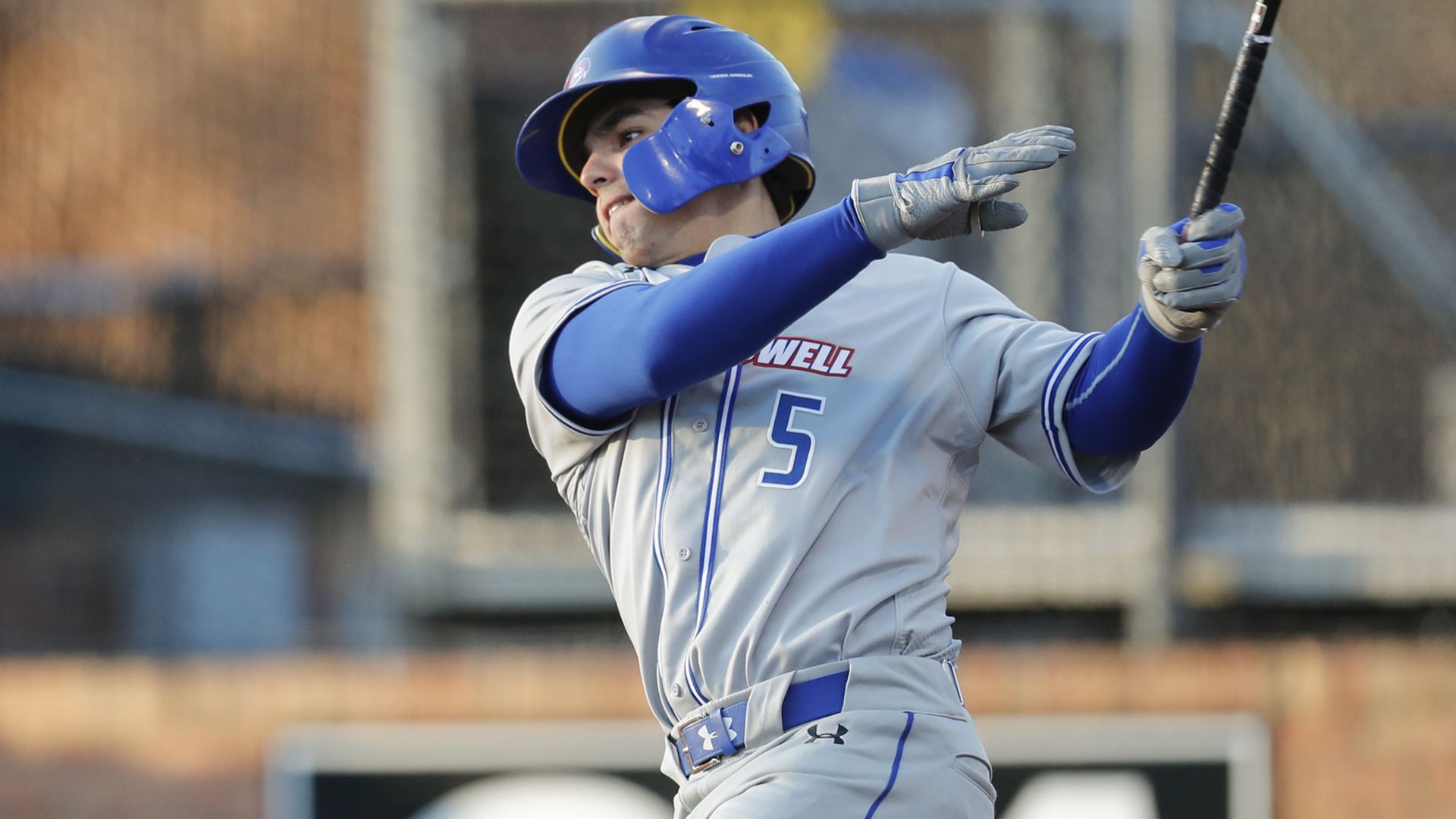 BATON ROUGE, La. – The number 22 in the nation LSU Tigers put up crooked numbers in the fourth and fifth innings and went on to defeat the UMass Lowell, Friday, 11-2, in front of an Alex Box Stadium sell-out crowd of 10,824 in Baton Rouge, Louisiana.

Despite the loss, UMass Lowell Baseball Head Coach Ken Harring liked a lot of what he saw from his ball club.

“We swung the bats really well up and down the lineup against really good pitching,” according to Harring.  “LSU is a very good team, but we weren’t intimidated.  We’ll build off this, but we have to play a more complete game.”

The game was tight through the first three innings.  A two-out double by River Hawk freshmen Keagan Calero (Rochester, N.H.) put UMass Lowell on top, 1-0, in the top of the third inning, but LSU evened the score in the bottom of the inning when a batter was hit by a pitch with the bases full.

The game turned in the fourth inning.  The Tigers scored five times on three hits after River Hawks pitching walked the bases loaded with one out.  The home team was not done yet.  LSU pushed four more runs across in the fifth inning on three hits.  Two walks and an error did not aid the River Hawk cause.

Each team scored in the sixth inning.  Junior Vinnie Martin (Lodi, N.J.) got the River Hawks going with a one-out double.  He eventually came around to score on an error by the second baseman.  It was one of Martin’s two hits in the ball game pushing his batting average to .455.

“Vinnie made some adjustments during the summer, quieted down his approach at the plate,” according to Harring.  “He came back this year as a different hitter; a real smart hitter.  He’s more balanced at the plate and he understands how pitchers are attacking him.”

It was Martin’s fifth multi-hit game of the season.  The left-handed swinger has also reached base, by hit or walk, in all ten games in which he has played.

LSU added its final run in the bottom half of the inning.  A wild pitch allowing a runner to score from third.

Junior Joe Castellanos (Nutley, N.J.), along with Martin, had two hits in the ball game.  He raised his season’s average to a sparkling .318.

“He’s just a good hitter,” said Harring.  “He understands what type of hitter he is.  Instead of trying to hit everything out of the park he’s using the whole field.  He adjusts to what pitchers are throwing him and he drives the ball well to the opposite field.  He’s become a leader.”

It was Castellanos’ fourth multi-hit game.  He has hit in five straight and in ten of eleven this season.

Five of the seven UMass Lowell pitchers gave up runs.  Junior Henry Funaro (Lowell, Mass.) was tagged with his second loss of the season.  Funaro, the third of the seven, allowed two hits and walked three while retiring just one batter.  All five men came around to score.

Junior John Polichetti (Atkinson, N.H.) working his way back from Tommy John surgery which forced him to sit out last season filled the role of opener.  He needed just ten pitches to retire the side in the first inning.

“That’s a big step,” said Harring about a right-hander who has thrown a shutout inning in each of his two appearances.  “He was efficient and he had command; that’s key.”

The hope is that Polichetti can build his innings and potentially become a starter capable of giving the team four to six innings an outing.

The two teams will go at it again on Saturday afternoon at 4:00 p.m.  Grad student Collin Duffley (Manchester, N.H.) is expected to make the start in what is the second game of the three-game series.  LSU is expected to counter with right-hander Landon Marceaux.