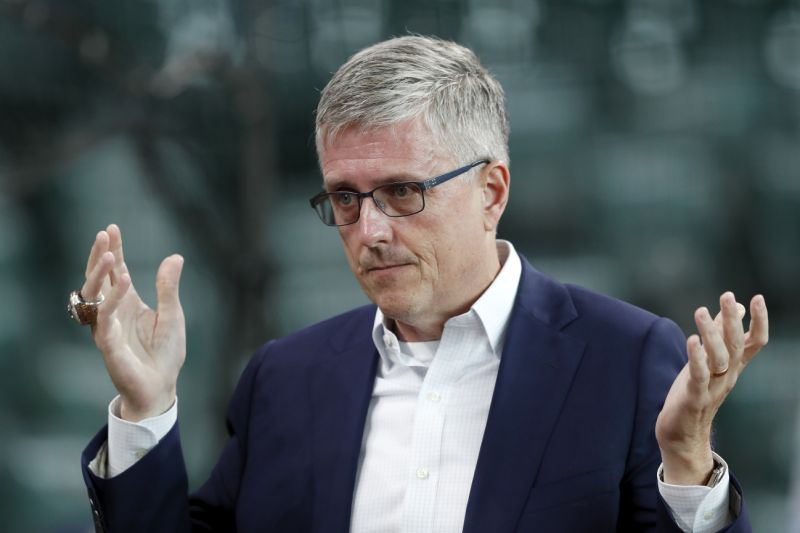 The previous week in MLB was about a report that provided more information on the sign-stealing scandal, a team in the American League will be without a starting pitcher for several months, and a club in the National League signs an infielder to a multi-year contract extension.

The Houston Astros utilized a sign-stealing method with an electronic system called “Codebreaker,” according to a letter from MLB commissioner Rob Manfred sent to then-Astros general manager Jeff Luhnow in early January, per Jared Diamond of the Wall Street Journal.

EXCLUSIVE: A January letter from Rob Manfred to Jeff Luhnow reveals the Astros "dark arts" and "Codebreaker" — the operation behind the Astros' sign-stealing scandal.https://t.co/wrh3EJCICy

An intern in September 2016 for the Astros showed Luhnow a PowerPoint presentation that with the use of an algorithm in Microsoft Excel it could decode the opposing signs of catchers.

The way Codebreaker worked was that someone would watch an in-game live feed and log the catcher’s signs into the spreadsheet, including the type of pitch thrown.

Codebreaker would determine how the signs corresponded with different pitches.

Then, once decoded, the information would be communicated through intermediaries to a baserunner, who would deliver it to the hitter, per Diamond.

MLB did an investigation into the Astros and suspended manager A.J. Hinch and general manager Luhnow.

Manfred had sent a letter to Luhnow several days before MLB released what their investigation found regarding what the Astros had done.

MLB did collect evidence to show that Luhnow was aware of Codebreaker; they couldn’t prove he knew how it was used.

The situation was a “he said-he said” between Luhnow and Tom Koch-Weser, the team’s director of advance information, who sent two emails to Luhnow in 2017 that referenced “the system” and “our dark arts sign-stealing department.”

Luhnow claimed he opened the emails but told investigators he didn’t read to the bottom of them, which is very strange.

Luhnow said he told investigators he remembered the intern’s slide about Codebreaker but claimed he didn’t know how it worked and was under the impression that it would be used to decipher signs from previous games and not in live games.

The intern, Derek Vigoa, who’s currently the Astros’ senior manager for team operations, told investigators he presumed Luhnow knew it would be used in games.

The presentation by Vigoa wasn’t the only time Astros employees said Luhnow was informed about Codebreaker.

Koch-Weser said he discussed Codebreaker with Luhnow in one to three meetings after the 2016 season, according to Diamond.

The Astros’ front office started Codebreaker in 2016, and then the players took it to another level with the banging of trash cans and a video monitor to relay signs in June 2017.

The team stopped the banging of trash cans at the end of the 2017 World Series. They continued to use Codebreaker to steal signs in 2018, at home and on the road.

The report, which was released by Manfred last month, mentioned Luhnow had received at least two emails about the Astros’ sign stealing.

Codebreaker wasn’t included in the report as MLB couldn’t prove that Luhnow knew how the program was used.

The article by Diamond shows it wasn’t only the players cheating, but people in the front office were doing it as well.

The New York Yankees will be without a member of their starting rotation when the 2020 season begins as James Paxton underwent back surgery last week, per a team announcement.

Earlier today, LHP James Paxton underwent a microscopic lumbar discectomy with removal of a peridiscal cyst. The surgery was performed by Dr. Andrew Dossett in Dallas, Texas. His approximate timeline to return to Major League action is 3-4 months.

Paxton had microscopic lumbar discectomy with the removal of a peridiscal cyst. The timeline for his recovery is three to four months.

Yankees general manager Brian Cashman mentioned that Paxton had pain in his back during the final week of the 2019 regular season.

He received treatment and was able to pitch in the postseason.

The advice was to use conservative treatment and to avoid surgery, but once the pain continued, Paxton needed the operation, per Joel Sherman of the New York Post.

2/the advice was again injections and conservative treatment to see if surgery could be avoided, but pain lingered and Paxton underwent the surgery today. #Yankees

Paxton was put on the injured list for the first time with a back injury with the Seattle Mariners in 2018.

He also spent time on the IL last year due to knee injury.

However, the left-hander still pitched well in his first season with the Yankees.

Paxton’s agent Scott Boras believes that his client will be back sooner than the suggested three to four-month time frame, per Jon Heyman of MLB Network.

James Paxton will be back sooner than has been estimated/suggested following his microscopic lumbar discectomy, according to agent Scott Boras. “We’re very optimistic he’ll back in the first third of the season,” Boras said.

The Yankees will allow Paxton to re-join the rotation when fully healthy and won’t rush him back.

The injury to Paxton creates an opening for the No. 5 spot in the rotation when the season begins, and multiple pitchers will be competing for that spot during spring training, per Bryan Hoch of MLB.com.

Paxton beginning the season injured isn’t ideal, but hopefully, he comes back later in year healthy, as the Yankees will need the best version of Paxton to make a deep run in the postseason.

The Los Angeles Dodgers have signed infielder Max Muncy to a three-year contract extension with a club option in 2023, per a team announcement.

The Dodgers have agreed to terms with IF Max Muncy on a three-year contract extension with a club option for 2023, avoiding arbitration.

The contract is worth $26 million, including a $13-million option for the fourth year with a $1.5-million buyout, per Ken Rosenthal of The Athletic.

Muncy was selected as an All-Star for the first time last year as he was very productive for the Dodgers.

Muncy, for the second consecutive season, had crushed at least 35 home runs.

He’s proven to be a reliable source of power in the Dodgers’ lineup.

The Dodgers were smart to sign Muncy to a multi-year extension that won’t cost them too much.