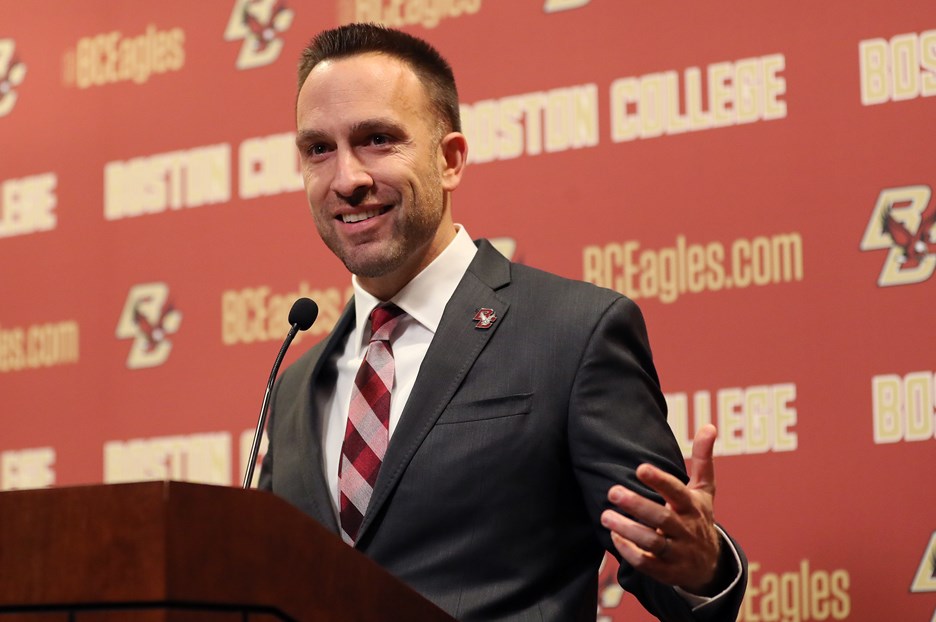 Defensive backs Kam Arnold, Jio Holmes and quarterback Matthew Rueve signed on Wednesday to complete the recruiting class of 15 student-athletes. Twelve student-athletes signed in the early signing period in December with the BC Eagles.

In all, the latest additions to the BC family hail from Ohio and Michigan and join a class of recruits with ties to Massachusetts, Virginia, New Jersey, New York, Pennsylvania, Texas, Georgia, and Maryland.

Three-star defensive back according to 247Sports, Rivals, and ESPN … rated the No. 33 defensive back nationally by Rivals … No. 2 safety in Michigan and the state’s 19th overall prospect according to Rivals … a two-way standout at St. Mary’s at wide receiver and defensive back … finished his high school career with 91 receptions for 1,144 yards and 11 touchdowns … totaled 161 tackles, three interceptions, 13 tackles for loss, 17 pass breakups and five forced fumbles over his career … averaged 21.4 yards for his career as a punt returner … played for head coach George Porritt at St. Mary’s … son of Ana and Ken Arnold.

Three-star defensive back according to the recruiting services … rated as the No. 60 prospect in Ohio according to 247Sports … all-state first-team selection as a senior … played both corner and receiver for Cleveland Heights … led his team to a 9-2 record and the Lake Erie League championship … his program made its first Division I playoff appearance since 2015 … eight pass breakups on the season and an interception … a key blocked punt in the playoffs versus Mentor … named to the Cleveland.com Best of the Best following his senior season … team MVP as a senior … captain and was a two-time all-league selection as a junior and senior … a three-year starter at wide receiver, cornerback and as a kick/punt returner … son of Corey Holmes.