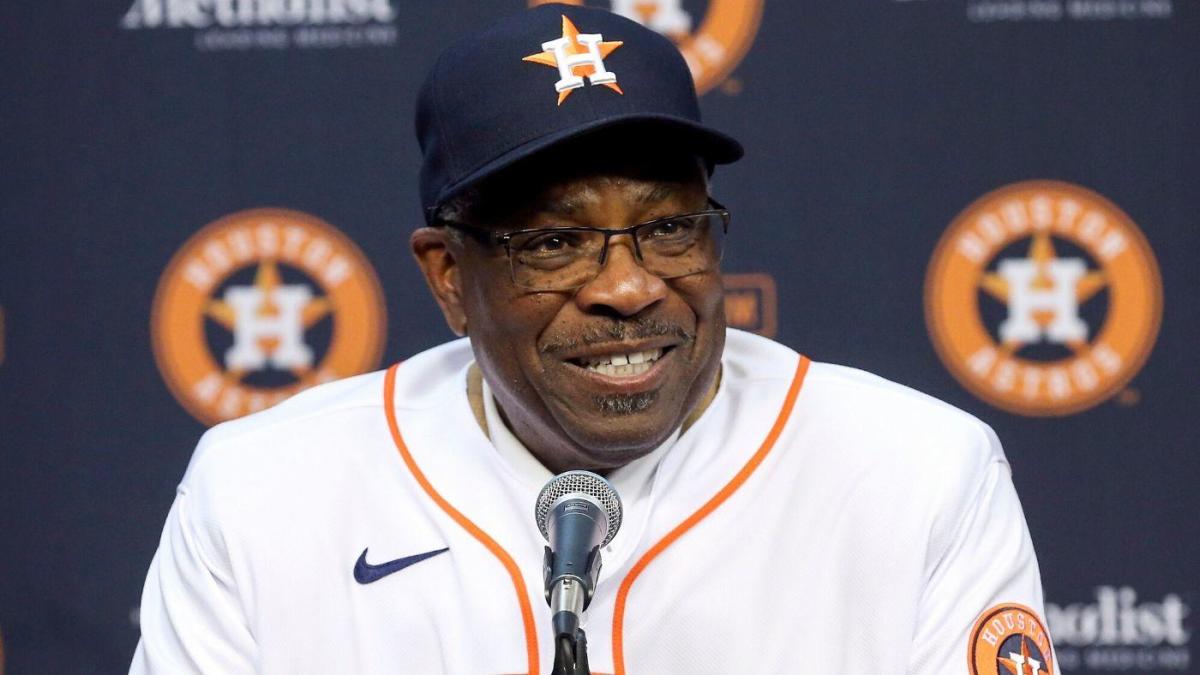 The last week in MLB was about a team in the American League hiring a new manager, a club in the National League acquires an outfielder, and an owner makes a strange prediction.

The Houston Astros have hired Dusty Baker to be their new manager, per a team announcement.

The terms of the contract are a one-year deal with a club option in 2021 that includes a buyout, per Bob Nightengale of USA TODAY.

The Astros fired manager AJ Hinch after he was suspended for one year by MLB as he played a role in the club’s sign-stealing scandal during the 2017 season.

Baker has a .532 winning percentage in his career as a manager with 1,863 wins. He previously managed the San Francisco Giants, Chicago Cubs, Cincinnati Reds, and Washington Nationals.

Baker is a stellar replacement as he’s not only a proven winner but is someone that garner’s respect when he enters a clubhouse.

The exciting aspect about the hiring of Baker is he’ll manage the American League All-Star team after the Astros won the AL pennant last year, per Mark Feinsand of MLB.com.

Interesting twist to Dusty Baker's hiring by the Astros: Because Houston is the defending American League champion, Baker will manage the AL in this summer's All-Star Game at Dodger Stadium.

Baker is 70 years old, and he’ll become the ninth individual to manage a regular-season game at 70 years or older, per Sarah Langs of MLB.

He will become the 9th individual to manage a regular-season game at 70 years or older, joining:

If the #Astros make the playoffs this year, Dusty Baker will become the first #MLB manager in history to take five different teams to the postseason.

The Astros are going to have a tough 2020 season, but the hiring of Baker will make it less stressful as he has the experience and knowledge to guide them.

The Arizona Diamondbacks have acquired outfielder Starling Marte from the Pittsburgh Pirates in exchange for minor-league shortstop Liover Peguero and right-handed pitcher Brennan Malone, per a team announcement.

OFFICIAL: We have acquired infielder Liover Peguero and right-handed pitcher Brennan Malone from the Arizona Diamondbacks in exchange for outfielder Starling Marte and cash considerations. pic.twitter.com/AtF4ffgYL3

The Pirates are also receiving $250,000 in international slot money, per Jon Heyman of MLB Network.

The Pirates are receiving two young prospects in the deal, which could help them years down the road.

This move is excellent for the Diamondbacks as they have an everyday center fielder and can move Ketel Marte to be their everyday second baseman.

Marte is under team control for two years and, hopefully, within that period, Marte helps them get to the postseason.

Colorado Rockies owner Dick Monfort just put an enormous amount of pressure on his team for the 2020 campaign.

Monfort spoke a couple of days ago and expects the team to win 94 games in the upcoming season, per Kyle Newman of the Denver Post.

The Rockies had a horrendous 2019 season as they finished fourth in the NL West with a 71-91 record.

The team allowed an NL-high 958 runs last year, and only the Baltimore Orioles yielded more runs (981) in MLB.

The weakness for the Rockies is they were 29th in MLB with a 5.56 team ERA last year.

The Rockies would need a drastic turnaround from their pitching staff to have a chance of finishing the 2020 campaign with a .500 record, let alone winning 94 games.

For reference, there were only seven teams last year which won at least 94 games.

The prediction by Monfort would make sense if the team did anything in the offseason to address their biggest weakness, but they didn’t.