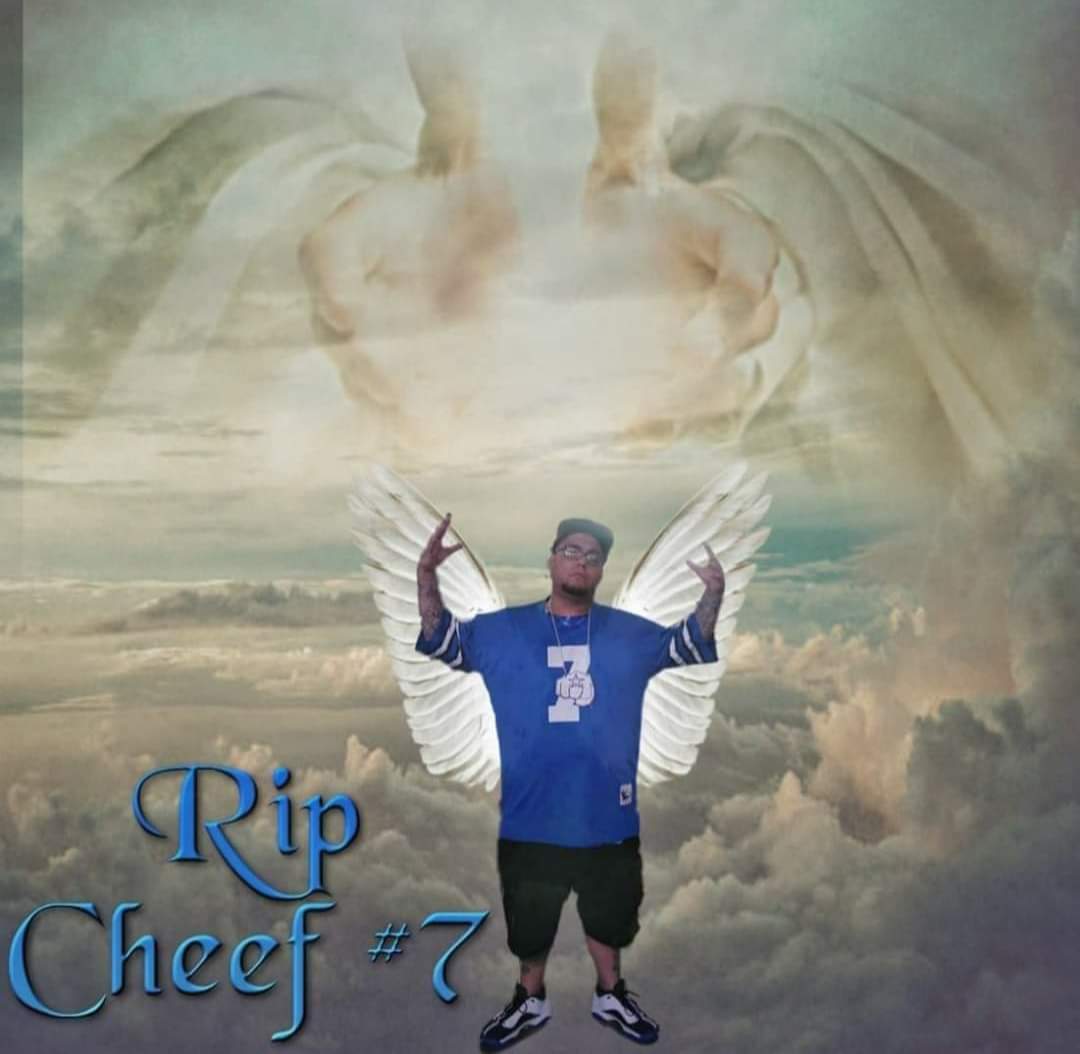 The Hard Hittahz Movement is a collection of die-hard Dallas Cowboys fans from around the country and worldwide. It was started out of California back in 2015 by our two founders, Coach and Duke. Originally it was supposed to stay local, but it expanded rather quickly.

The idea was to bring people together and form the most passionate and loyal group of Cowboys fans anywhere. In January of 2016, the vision went into overdrive when a new member was introduced. His name was CJ McGee, aka Cheef. This would establish Texas as a state in the movement and make Cheef the original and first member of the Lone Star State. 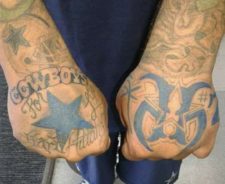 From there, Cheef made it his mission to bring every Cowboys fan he could into the movement, and he did just that. By the end of the year, the Hard Hittahz had chapters all throughout Texas and along the east coast thanks to the dedication and commitment of Cheef. You could always catch him educating and informing people on what the Hard Hittahz were all about, and they gravitated towards him and the movement like clockwork.

Before 2016 ended, however, Cheef began another journey in his life, fatherhood. On May 9, 2016, his daughter Deztinee Neveah McGee was born. The apple of his eye, she was named after former Cowboys great Dez Bryant. 16 months later, Cheef would become a father again as his son Charles Edward McGee III came into the world on September 3, 2017. 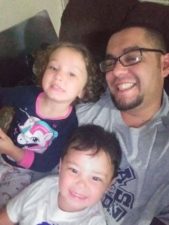 By 2018, Cheef took some time away from the movement to deal with personal issues. His departure would be a short one, though, as the need for him to lead and be a part of what he built was just too great. When he returned, however, he was better than ever. A man at total peace with who he was and what he wanted out of life. This would lead to him receiving a tremendous honor in 2019 when he was named the International Recruiter for the entire movement.

Cheef would be the spark that got two new chapters outside of the United States introduced. The United Kingdom and Germany became the first international chapters in the movement. That just speaks to how influential Cheef was and how he made people want to be a part of the Hittahz. His love, passion, and dedication to the movement and the Cowboys spread throughout the entire country and even overseas. 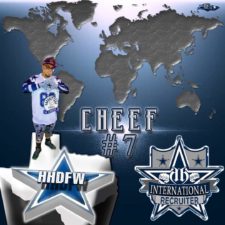 Unfortunately, on January 20, 2020, tragedy struck the Hittahz movement. Cheef passed away suddenly at the age of 33. He leaves behind two young children, his mom, two sisters, and hundreds of brothers and sisters he gained through being a member of this movement.

The impact of his death hits me very hard for a few reasons. First, back in September of 2016, I was contemplating leaving Texas and returning to my home state of South Carolina due to not being able to find work. I met Cheef for the first time at the home opener for the Cowboys vs the Giants. Not really knowing what the Hittahz were about, I came to a tailgate thinking it was just a tailgate group that liked to watch football and was I ever wrong. As a life-long Cowboys fan myself, I had never experienced such passionate fans of the organization before in my life. So, I went over to Cheef and said: “This Hard Hittahz thing, what’s up with it?” As he was reaching into a cooler he said, with a chuckle, “Give me a second.” Two days later I was officially introduced as a Hard Hittah and have been one ever since. 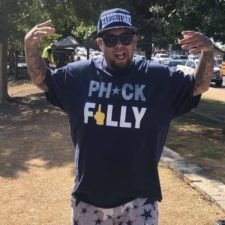 Because of meeting Cheef and him pointing me in the right direction, I have gained a family that will last a lifetime. Brothers and sisters from all across the globe are now a part of my life thanks to him.

The other reason losing Cheef has affected me so much is the relationship he had with my mom. He only met my mom once back in 2016 when the Cowboys hosted the Buccaneers. When he saw her he flashed that infamous smile and held out his arms and said “Come here mama” and gave her the biggest hug. For more than three years before his death, he would randomly message her and check on her, but he never told me he did it. My mom would send me screenshots from time to time of his messages to her. It meant so much because I don’t let people get close to my mom, I’m picky about it, but I wasn’t with Cheef. He touched my mom’s life and that meant everything to me. 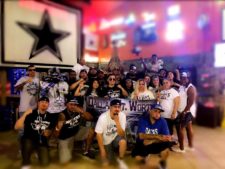 My best friend and close friend of Cheef’s, KC, had her life impacted in a major way because of meeting him. When I asked her about what Cheef meant to her, she had this to say:

“I met Cheef at the beginning of 2016 and we hit it off from the start. We were the exact same. When he moved I moved and when he thought something I knew exactly what it was. When Cheef brought me into the Hard Hittahz movement I was extremely suicidal. Shortly after becoming a Hittah, I lost my youngest son and I wanted to die. I could not find a way to explain to my children that their brother had died. I lost my job, my car, and was on the verge of eviction. I couldn’t eat nor sleep. Cheef drug me out of that depression. He dragged me to the next meeting and event. I got a feel for what he was passionate about and it became my lifestyle. I met the love of my life Goose Molina and my best friend Matthew Lenix because of him. I also gained two beautiful godchildren, Deztinee and Tre. Cheef saved my life. I would not be where I am today without him. I will forever live for him and as Hittahz we will forever carry on his legacy.”

So you see, that’s the impact that Cheef had on me, KC, and all the people he came in contact with. Not only did he make fans even more passionate about loving the Cowboys, but he also gave us an extended family. Without even knowing it he changed and saved people’s lives just by bringing them together to cheer on their team. In return, he will be honored forever by the Hard Hittahz movement and all the other Cowboys fans around the world. He reached beyond the Cowboys, he touched souls and altered the course of people’s lives for the better. 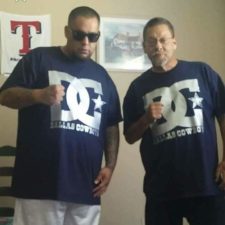 The love and respect for Cheef spread all the way to other Cowboys fan clubs who have contacted us and shouted him out in celebration of his life. You don’t have to know someone to understand their influence and people around the world know Cheef because it was bigger than him, he saw the bigger picture, it was about unifying others, and he gave all of us the blueprint on how to do it.

What started out as a movement that was supposed to stay local has spread throughout the world. The Hard Hittahz are in 11 states (California, Texas, Georgia, South Carolina, Arizona, New Mexico, Las Vegas Nevada, Oregon, Kansas, New York, New Jersey) and have multiple international chapters. We do Back to School Supply Drives, Toy Drives, and even feed the homeless, it’s bigger than football.

Most of the states mentioned got their start thanks to Cheef and his ability to bring people together and make them feel like they were a part of something. That was his gift, to be a bridge that connected those around him.

You don’t measure a man by material things, you look at the lives he touched while he was here. In that regard, Cheef was as rich as any man could ever be. Through his hard work and dedication, he brought hundreds and maybe even thousands of people together worldwide. He did this because of his love for the Cowboys, the Hittahz, and people in general. 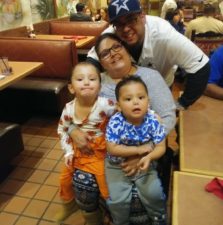 Now, those of us who knew and loved Cheef are left with a hole that can never be filled. However, we all have memories of him that will last a lifetime. We’ll all mourn your loss forever Cheef, but with that being said, all there’s left to say is thank you. Thank you for allowing us into your life. Thank you for bringing us all together. Thank you for being a great friend and brother to us all. We watched you grow into a great man thanks to the birth of your children and we’ll watch over them now that you’re gone. You were the most loyal, passionate, and die-hard Cowboys fan any of us ever knew. Without question, you are the greatest Hard Hittah of all-time. Most importantly, though, you were an amazing father, that was your biggest achievement. 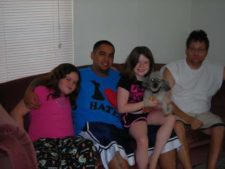 We love you, we miss you, and we’re proud that we knew you. You have your wings now, go live in the sky. Charles Edward McGee, Jr may you forever rest in peace.