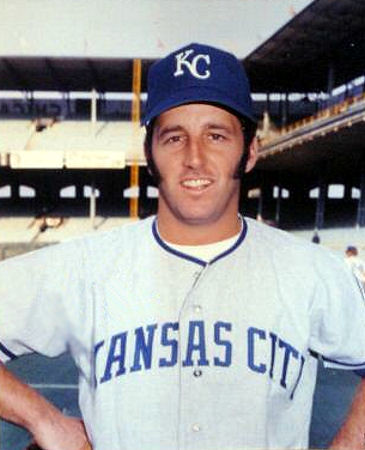 Well, it’s happened again. Another of the pre-1980 players without pensions, 72-year-old Norm Angelini, a pitcher for the Kansas City Royals in 1972 and 1973, recently died of leukemia.

So like The Queen song says, another one bites the dust. That makes 625 men left.

When do you say enough is enough?  When do you show the compassion, graciousness and moral decency that you heretofore haven’t exhibited?

Your predecessor, the late Michael Weiner, stepped up to the plate in 2011 and helped these men. He told a nationwide CBS News Radio audience in an interview that he was going to help because of “the vicissitudes of life.”

It is Christmas Eve, for heaven’s sake. So it is the perfect time for you to take stock of all you are fortunate to have and how all these pre-1980 retirees are less fortunate than today’s players.

I have often wondered why you’re letting each of these men die off without lifting a finger to assist them or their spouses or loved ones. There could be financial reasons, of course. But I doubt that. Especially since Major League Baseball (MLB) announced on December 21 that its revenue for 2019 was $10.7 billion. That is just mind-boggling. I mean, 13 states have a reported fiscal year budget less than $10.7 billion. And that’s a reported $400 million more than in 2018.

You just simply may not want to share the wealth with any of the men who stood on picket lines, endured labor stoppages and went without paychecks so your current rank and file could benefit from free agency. If that is indeed the case, shame on you. You deserve a lump of coal in your stocking.

But it also dawned on me that maybe you’re one of those people who hesitate to help due to what psychologist Dr. Bobby Hoffman, as an associate professor at the University of Central Florida, refers to as “the bystander effect.” Namely, you’re less likely to assist someone because you think others will help the person and you’re not needed.

Rest assured, that is not the case. Because Commissioner Rob Manfred and MLB aren’t required to negotiate about this matter, the players’ association has to introduce the subject in collective bargaining agreement (CBA) negotiations. So you are definitely needed.

According to Dr. Hoffman, much of the research on helping also suggests that many altruistic behaviors such as donating money or sharing our personal resources are motivated by self-interest, how we see ourselves in relation to others, or an external standard of personal accountability. In a nutshell, we tend to help others who we think are like us.

All these men are like you. They played at the highest level of the sport. Don’t you think you should be more empathetic to their plight? It wasn’t their fault that Marvin Miller, Don Fehr, Sal Bando, and Steve Rogers threw them under a bus by not retroactively including them in the vesting rules agreement with the league that was brokered during the 1980 Memorial Day Weekend.

Heck, at the press conference announcing his free-agent signing with the Yankees, for a reported $324 million over nine seasons, even Gerrit Cole remembered to thank Miller and Curt Flood.

As I wrap up this email, I remind you that you can give these men a holiday gift that doesn’t need to be wrapped up with a bow. You don’t have to wait until the expiration of the current CBA in 2021 to help these men, you can do that right now. Or practically, as early as next Thursday, the first day of the New Year. That’s what Mr. Weiner and then-Commissioner Bud Selig did in 2011 before a new CBA took effect in 2012.

After all, if Ebenezer Scrooge and The Grinch could be redeemed at the end of their stories, so can you.

With kindest personal regards to you, your wife Frances, and your children Aeneas, Jazzin, and Kiara, I remain,