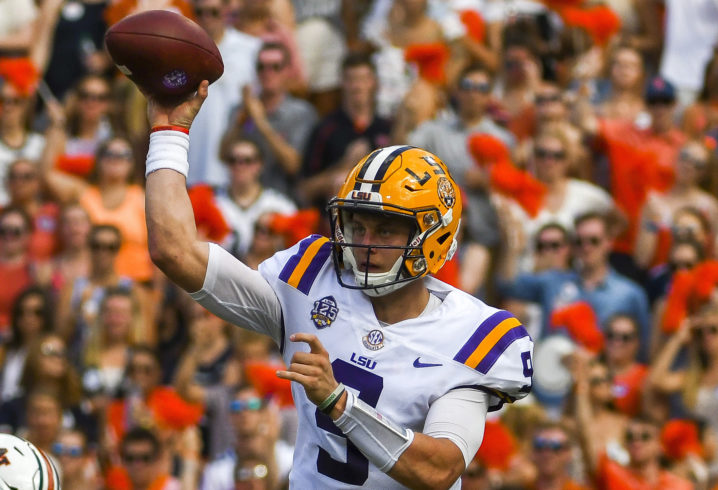 The Curse of Bowl Season strikes again… 3-7 last week, as frustrating a week as could be, but luckily, my dad only went 4-6, which whittles my season lead down to just one game.

This week we have Pitt and Penn State playing in their respective bowl games, as well as the college football playoffs featuring LSU vs Oklahoma and Ohio State vs Clemson. Iowa vs USC looked like a good game, so they’re in, too.

In the NFL, we have five games with playoff implications, so they should all be great games to watch and bet on.

Next week we will have some more great bowl games and NFL Wild Card Weekend begins!

We hope everyone had a very Merry Christmas! May next week bring you and your families a very Happy New Year.

Good Big Ten vs PAC-12 matchup. Why not go for the Hawkeyes who don the same uniforms as the Pittsburgh Steelers?

I like the Tigers of Memphis to keep this game close, especially with an offense scoring 40.5 points per game. Penn State will probably pull this game out, but by no more than a touchdown.

I like LSU a lot in this game, but by nearly two touchdowns is a bit much. Oklahoma won’t be a pushover, and will keep this game close till the 4th, where the cream will rise to the top. The Tigers take this by 10.

Clemson is the defending National Champions and they are playing with a chip on their shoulders. I know how well Ohio State has played all season, but this time they are going to face a team that has it all together and that has very few, if any flaws. Clemson will get the chance to defend their championship, and it will be one helluva match-up vs LSU. Tigers vs Tigers, oh my!!

Green Bay needs a win to possibly get the #1 seed if the 49ers falter, so they should come out guns a blazing… A win definitely gives them the #2 seed and a bye.

New Orleans will be playing for a possible #1 or #2 seed, depending how the Green Bay and 49ers games goes… I doubt they come out flat against a team ready for this miserably season to end in Charlotte.

Philly needs this game to guarantee a playoff spot and the NFC East crown. They struggled last time vs the Giants, so this might be a problem making the cover.

If Tennessee wins they are in. It won’t be easy as the Texans may still have a shot at the #3 seed if Kansas City loses their game vs the Chargers. Either way, I think this one will be close.

Pittsburgh needs to win and hope the Titans lose to Houston. The Ravens will be playing the majority of their back-ups. The Steelers will rely on Duck Hodges to score more than one offensive touchdown. Robert Griffin III will be in for Baltimore.