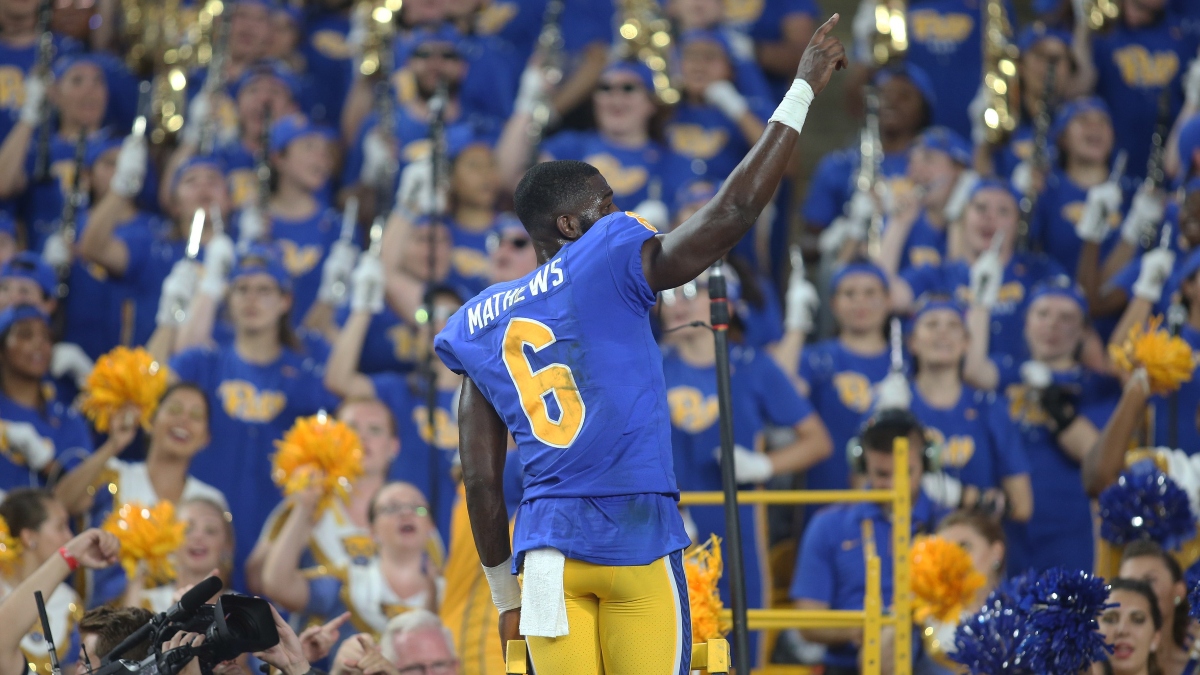 NGSC Sports brings you the best Pitt Game Day Preview you will find anywhere! This is where true Panther fans come to find out about Pitt and their upcoming opponent! Mike Drakulich (@PghSportsNation) brings you inside the huddle for both teams, providing all fans with a weekly game story, the Panther key’s to success, score prediction, game day information, a detailed breakdown of each team, including individual stats, team stats, and team injury reports. Heck, you’ll even know the weather at kickoff! The only thing you’re missing is a game uniform!

All around town and even nationally, you will find people who scoff at the amount of bowl games there are today. Local media has had their laughs about Pitt being forced to play the day after Christmas, and not exactly in an exotic locale, that being Detroit for the Quick Lane Bowl at Ford Field.

Honestly, if you don’t like all the bowl games, too bad… don’t watch. I know of one group of young men that are excited to end their season on a high note.

“Coach Duzzi hasn’t won a bowl game,” Panther QB Kenny Pickett told Pitt athletics after practice on Tuesday. “So that’s definitely something we’re striving to get for him.”

Kicker Alex Kessman has his reasons as well.

“I just want to send the seniors out right and do my job to help these guys win,” said Kessman. “It would be really special. We didn’t get it done against Boston College, which is a shame. But we’re going to get it done on Thursday.”

After suffering a 2nd half collapse in a season that looked headed for big things, others want redemption and a chance to shine one more time inn 2019.

“This is a crazy experience. On an NFL field, which kid wouldn’t dream of this?” safety Paris Ford said. “And it being named Ford Field, my last name is Ford. That’s pretty dope.”

Senior wide receiver Maurice Ffrench would like to earn the satisfaction of finally winning a bowl game.

“We’ve never won a bowl game since I’ve been here,” Ffrench said last week. “It would be the best feeling to win that game and end my senior year off right.”

“It would mean everything,” said Brightwell. “That’s our main mission.”

When the ACC Pitt Panthers (7-5) take the field the day after Christmas, they will be hungry to make amends for a lousy November, where the Panthers were outscored 54-19 in their last two games, ending all hopes of earning a ten win season for the first time in a decade.

Kenny Pickett would like to get the sour taste of completing just 43.2% of his pass attempts (29 of 67) for a measly 274 yards, no touchdowns and one interception in his last three contests.

The backbone of the team, the defense, will be saying good bye to several tremendous players, namely Damar Hamlin, Dane Jackson, Amir Watts and Kylan Johnson, and they’d like nothing more than to carve up Eastern Michigan (6-6), one of the weaker teams that managed to make a bowl out of the MAC.

It may not be the ending they wanted, but Pitt has a chance to lay the foundation for the 2020 season, one which they hope will lead to another Coastal Division title and perhaps even more. They will have most of their outstanding defense back and the offense should be infused with some much needed talent that should put more points up on the scoreboard and ease the burden off their defense.

We’ve all been waiting to witness Pitt playing a complete game, from start to finish. They are a maddening team that kills themselves with dumb penalties, dropped passes, and turnovers at the most inopportune times.

Perhaps it’s just wishful thinking, but after the awful losses to Virginia Tech and Boston College, maybe this team will dig deep and take out all of it’s frustrations on the Eagles of Eastern Michigan. We know the defense will be hungry to introduce some pain to Eagle’s mobile QB Mike Glass III and anyone else who dares touch the ball. Maybe the referees will even allow the Pitt defense to lay a few hard hits without penalties incurred. It’s all up to Kenny Pickett and the offense to shine and give a glimmer of hope for the 2020 season. Pickett needs to be confident and on target. The receivers need to make catches. Every skill player, when they get the ball, needs to protect it like it’s their grandma’s secret recipe for ribs. It would be nice to see the running game flourish and control the line of scrimmage. A.J. Davis, Vincent Davis, V’Lique Carter…. who wants it the most?

How much does this Panther team want to end a disappointing season on a high note?

Aww, what the hell, I’ve had their backs all season, what’s one more game…

Pitt is 2-0 overall vs Eastern Michigan

Tough kid, has a good arm, but needs to elevate his game to be Pitt’s answer at QB. Needs to improve accuracy, especially downfield and in the redzone.

Talented ball carrier, but has room for improvement.

Versatile player who also moonlights at WR and at cornerback.

Has done well when his number has been called. Injuries have slowed him down.

Has all the talent in the world. Being implemented into the passing attack more each week as he is fully healthy.

Nice size with good speed. Future is bright for this talented frosh.

Physical player, but drops way too many passes.

Good arm, smart and doesn’t make many blunders. Will take off and run if nothing is available downfield.

The Eagles leader in rushing and touchdowns.

Glass’ 2nd favorite target nabbing up 50 catches during the season.

Jackson is the Eagle’s deep threat, gaining 679 yards off of 39 receptions. 17.4 yards per catch.

The Eagles leading reception leader with 51.

Pretty bad… allowing opposing teams 428.3 total yards per game, 202.4 of which on the ground. Giving up 30.3 points per game. DB Vince Calhoun leads the team with 144 tackles and has two sacks. Fellow DB Brody Hoying has four interceptions.