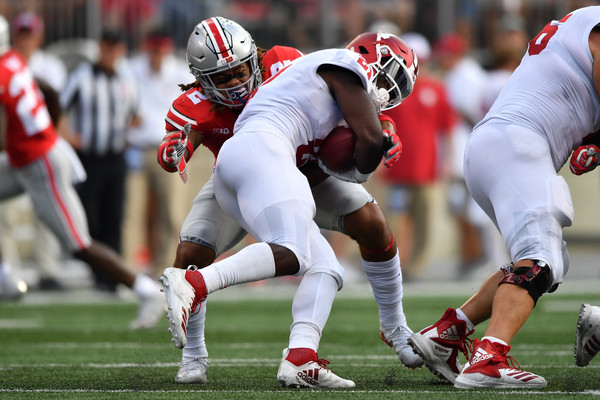 GLENDALE- The Clemson Tigers were labeled as the team no one wanted to face. The defending national champions are a balanced team and are a threat to repeat as national champions. However, the road could be more difficult for the Tigers this time. Clemson has the best overall defense while Ohio State is second in total defense. The expectation of fans and experts may be that this looks to be a high scoring game which will leave fans on the edge of their seats. When the nation’s top two defenses collide, we usually have a case of old school, smash mouth football.

The leader of the Ohio State defense is Chase Young, the nation’s leader in sacks (16.5). Jeffery Okudah is a disruptive shutdown, play making corner that needs to intercept more passes. Clemson Safety Tanner Muse has four interceptions this year so the Buckeyes offense will need to be aware of Muse’s play making ability.

Ohio State is the more tested team as the Buckeyes survived the gauntlet of #10 Penn State, #14 Michigan, and #8 Wisconsin (twice). On the other side, Clemson’s top opponent was #24 Virginia. Clemson dominated Virginia 62-17 in the ACC Championship while Ohio State needed a second half comeback to defeat Wisconsin 34-21 in the Big Ten Championship. If we’re comparing conference championship wins as a way to gauge the overall strength of both teams, it would be easy to say Clemson is the superior team. However, it’s important to remember that Ohio State faced a top opponent in Indianapolis. The Buckeyes defeated the #8 Badgers twice this year and defeated #10 Penn State. That is the reason Ohio State was tested more since they played three games against top 10 opponents. Don’t forget that the Buckeyes held the nation’s number one running back Jonathan Taylor (1,909 yards, 21 touchdowns, 6.4 yards per carry) to 52 rushing yards during the first game against Wisconsin.

The Buckeyes could rely heavily on the running game as J.K. Dobbins (1,829 rushing yards, 20 touchdowns) is one the top running backs in the nation. Quarterback, Justin Fields, is the best decision-making quarterback as he threw just one interception all year. Fields has 40 passing touchdowns which ranks third in the nation. He is also a dual threat scrambling quarterback like several Ohio State quarterbacks before him. Clemson Quarterback Trevor Lawrence is also a really good decision maker as threw only eight interceptions in 2019. Lawrence threw 34 touchdown passes in 2019. He may look to throw the ball to red zone threat receiver Tee Higgins (13 touchdowns).

It’s important to be the tested team that encountered adversity along the way. Although Clemson survived against North Carolina, they never once faced a team that finished in the top 10 this year. If Ohio State takes control early, Clemson will have to “dig deep” and display the sort of mental toughness that is virtually a requirement of a defending national championship team.

Prediction for the 2019 Fiesta Bowl:

Young will prove to be more of a match for Lawrence as he will have to attempt way too many passes under pressure. The defenses will decide the outcome. There will be some offensive consistency but not as much as fans are used to.