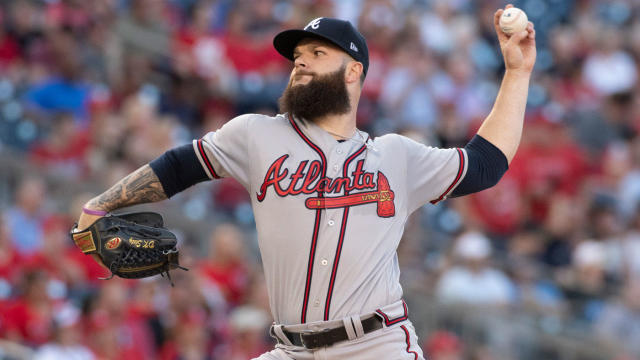 The prior week in MLB was about a starting pitcher signing a deal with a team in the American League, a pitcher has completed rehab from Tommy John surgery, and a player has decided to retire.

The Chicago White Sox have made another significant move this offseason as they’ve signed starting pitcher Dallas Keuchel, per Jeff Passan of ESPN.

BREAKING: Left-hander Dallas Keuchel and the Chicago White Sox are in agreement on a deal, sources tell ESPN.

The deal is for three years, and it’s worth $55.5 million with a vesting fourth-year option that can increase the contract to $74 million, per Jon Heyman of MLB Network.

The signing of Keuchel was a smart move by the White Sox, who are making moves to contend next season.

The left-hander is a former Cy Young winner and can give the White Sox quality innings.

He can also provide a veteran presence on the pitching staff as the White Sox have several young pitchers on the team.

The White Sox are trying to put themselves in a position to contend next season for a playoff spot.

Los Angeles Angels two-way phenom Shohei Ohtani has completed his throwing program, which was the last step in his rehab from Tommy John surgery, per Alden Gonzalez of ESPN.

Ohtani has been cleared to return to Japan for rest and is expected to resume his role as a two-way player for the Angels in 2020, per Gonzalez.

The team hasn’t announced its plans for Ohtani for the 2020 season.

Ohtani is expected to start once a week as opposed to every fifth day and will probably be on an innings limit, says Gonzalez.

The idea of the Angels being extremely cautious is logical as Ohtani is recovering from Tommy John surgery, and you want to take any unnecessary risks.

Ohtani is very valuable to the Angels as a pitcher and a hitter as well.

The Angels need Ohtani healthy next year to have a chance of contending for a playoff spot.

San Diego Padres second baseman Ian Kinsler has decided to retire from playing baseball, as he told Ken Rosenthal of The Athletic.

Ian Kinsler: “I gave it everything I had.” https://t.co/0N5kqluclu

Kinsler will remain with the Padres in the front office and will work out a financial settlement with the team, considering he is still owed $4.25 million on his contract, per Rosenthal.

He had a herniated cervical disk, and this was the reason why he decided to end his career.

Congrats to Ian Kinsler on a wonderful playing career, including his eight years here in Texas.

He also won two Gold Gloves and was a member of the Red Sox when they won the World Series in 2018.

Kinsler joins Hall of Famer and Boston Beaneaters legend Jimmy Collins as the only players in history to finish precisely one hit shy of 2,000, per AJ Cassavell of MLB.com.

Ian Kinsler joins Hall of Famer and Boston Beaneaters legend Jimmy Collins (1895-1908) as the only players in history to finish precisely one hit shy of 2,000.