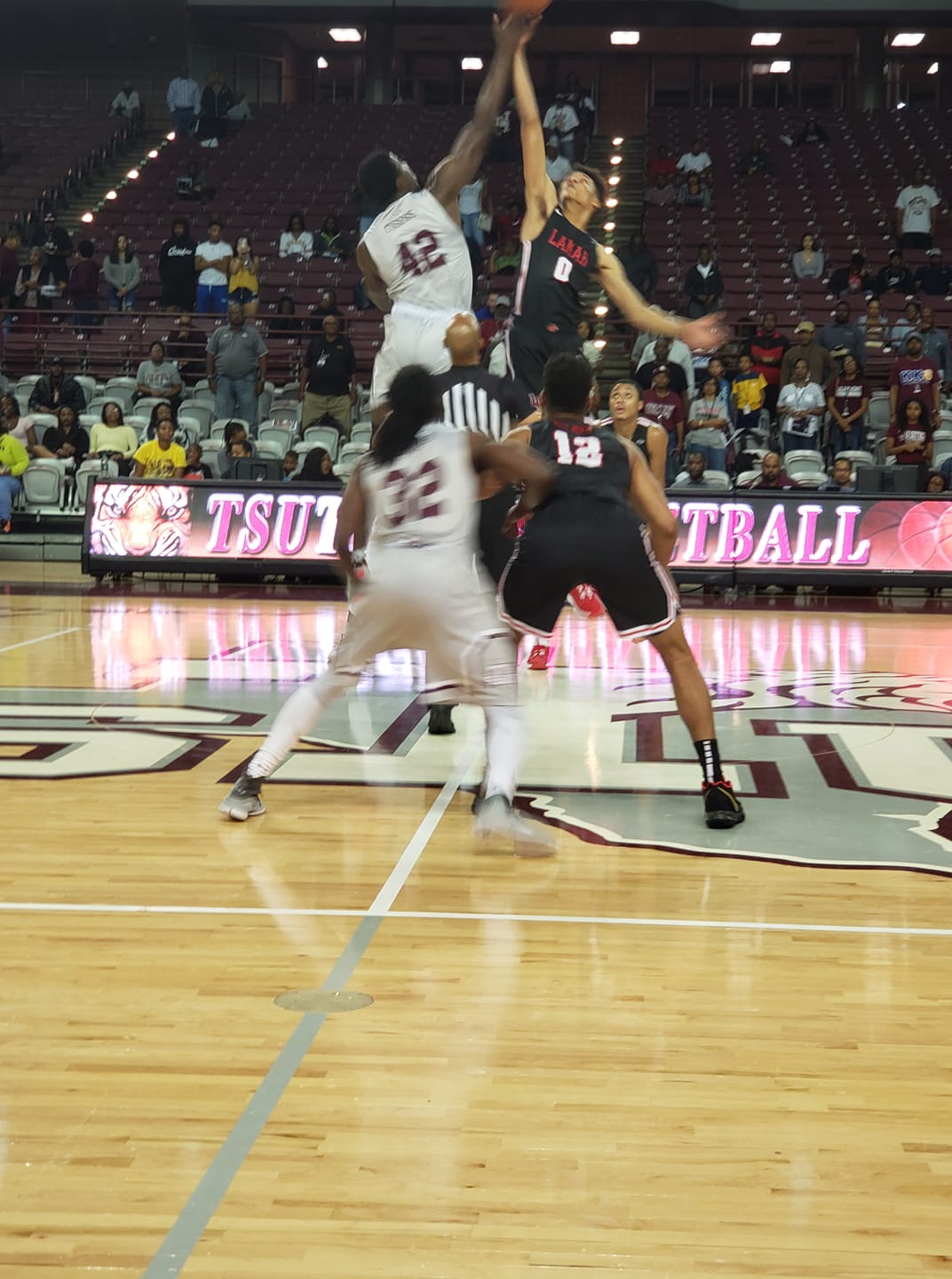 After a six-game road trip to start the season, the Tigers of Texas Southern (1-5, 0-0) came home to the H&PE Arena in Houston, Texas. Their opponent was Lamar University (4-3, 0-0) from the Southland Conference. Before last night’s game, Lamar led the series 11-2.

It has been a rough start for the Tigers as they began the young season losing their first four games before a close 98-96 win at Northern Kentucky in double overtime. On Monday, they fell 74-62 to Montana in a game that was close until an 18-6 run by Montana did TSU in.

TSU came into this game struggling as they are sixth in the SWAC at 64.2 points per game. They have also come up short from three-point land shooting just 28 percent on 27-96 tries and from the free-throw line shooting 67% in the first six games. Senior point guard, Tyrik Armstrong came into this game as the leading scorer at 13.5 per game.

The Tigers got off to a quick 7-4 start on the strength of five points from John Walker III. TSU pushed the ball early trying to extend their lead. Meanwhile, Lamar was led by Avery Sullivan’s four points, but they could not get into a rhythm. They took a 9-8 lead on a steal from Sr. forward Eden Ewing.

The Cardinals got things together and went on a 16-7 run to take a 20-14 lead with 10:15 left in the half. TSU was having trouble with the basketball turning it over six times during that stretch.

As the half came to a close, the Tigers began to go down low. Walker had six points to bring TSU back to within seven at 34-27 with 3:20 left on the half. Then, the Tigers would close out the half strong as they finished on a 12-5 run to send both teams into the locker room tied at 39-39.

The first half saw both teams turn the ball over as Lamar had 13 and TSU 12. The Tigers came up big at the free-throw line when the Cardinals started to get into foul trouble hitting 11-15 for the half. The three-ball was not that kind as TSU was just 2-11 from long distance.

The second half began with starting center, Jethro Tshisumpa getting two quick fouls to put him on the bench with four. Both teams showed signs of early fatigue going back and forth and with 15:58 to go in the game it was 46-42 TSU.

Over the next four minutes the game would slow down and the fouls began to mount up. A John Jones three at the 11:44 mark would prompt a timeout from Lamar and TSU was now up 54-48.

A timeout with 7:59 left brought Buster to the line and two free throws later it was 59-58 TSU. Both teams were being very careful with the ball knowing how much a mistake would cost.

Over that last four minutes, both teams went at it with all they had and with one minute left it was 71-70 TSU. They made it 73-70 and then TJ Atwood of Lamar would hit one of two free throws to bring his team to within a basket, 73-71 with 20 seconds left.

Lamar was is foul mode to stop the clock trailing by one with 5.7 to go and put Bryson Etienne at the line. He would hit two big free throws to make the final score 76-73 Tigers.

Coach Jones was impressed with the strong game from John Walker III. He finished with 20 points on 6-10 shooting from the field and 7-11 from the line. Tyrik Armstrong had a strong second half and kept his team’s head in the game down the stretch. He finished with 17 points and four assists.

The Tigers shot 70% from the free-throw line and they needed every one of them. They still struggled from three-point land going just 5-18 for 27.8%.

Coach Jones talked about his team’s inability to stop the second-chance points advantage by Lamar (23-80, but he also talked about how happy he was with his bench outscoring the Cardinals bench 27-13.

For Lamar, Davion Butler was clutch all game long. He put in 23 points in 37 minutes of play. Lamar also had four players in double figures.