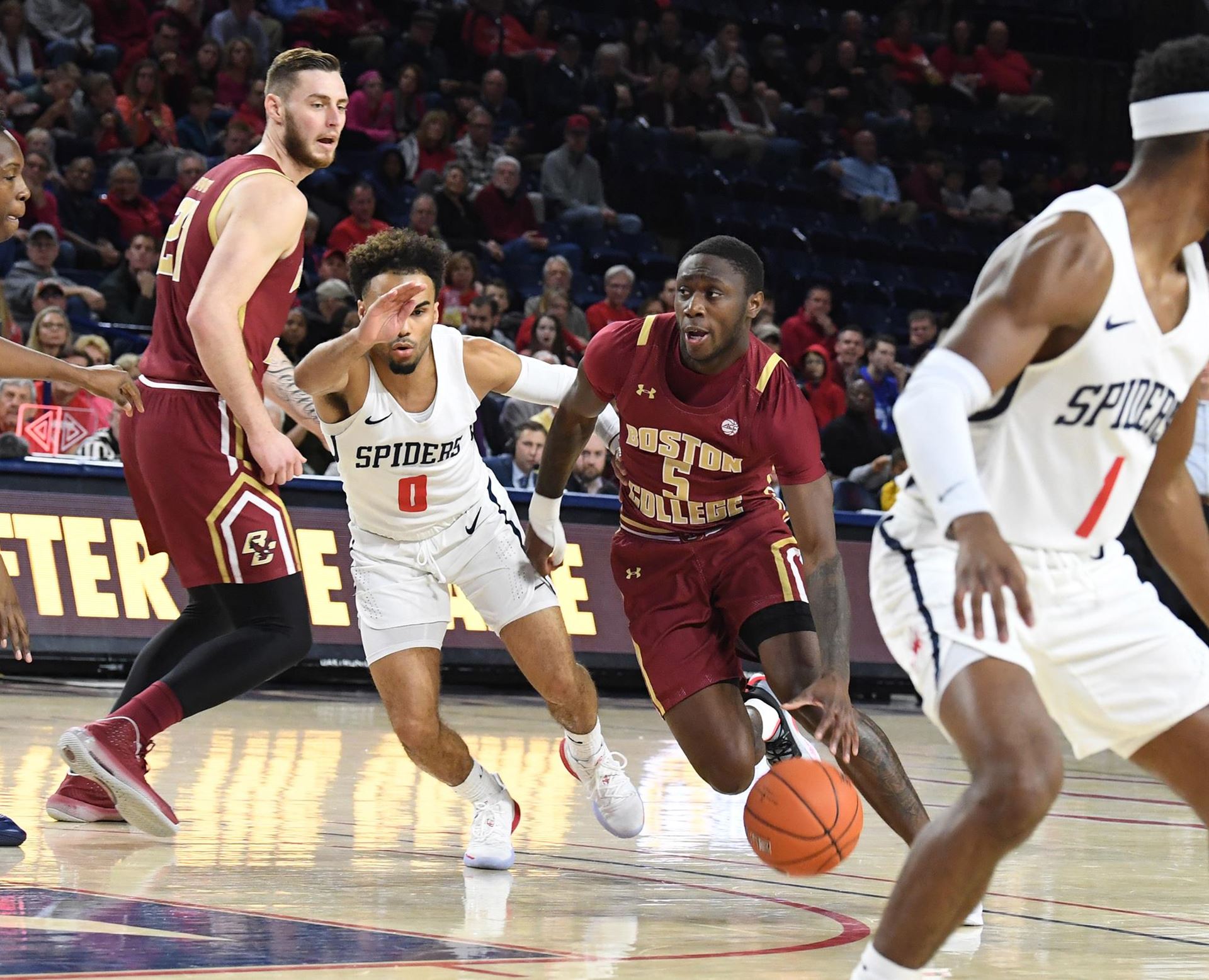 Another 8-0 push by the Eagles, capped by a traditional 3-point play from Mitchell, gave BC its biggest lead of the game – 23-14 – with 4:40 to play.  Richmond ripped off 11 unanswered, taking a 25-23 lead with a minute left.  Jairus Hamilton’s 3-pointer on the final possession of the period gave BC a one-point advantage at the break.