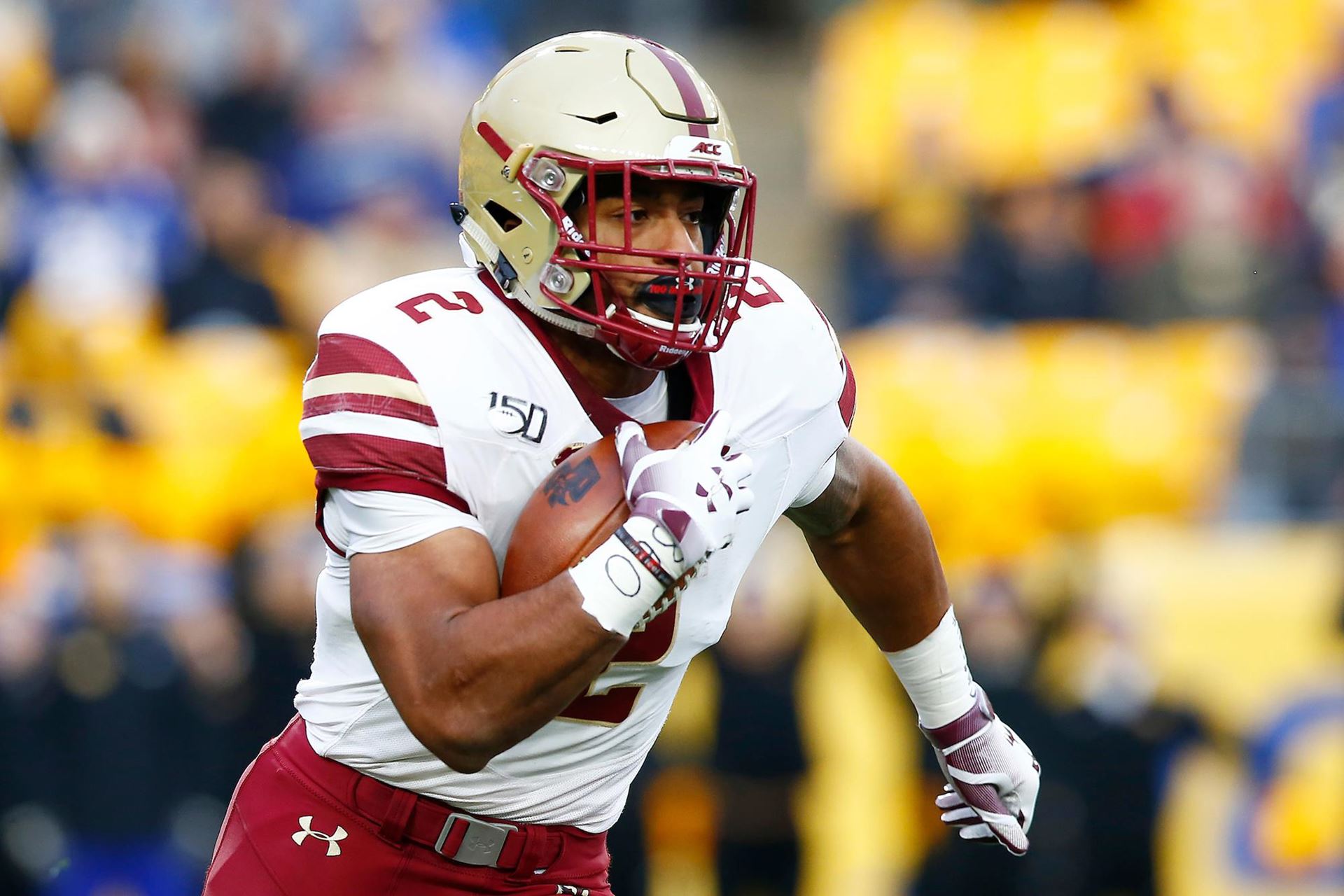 PITTSBURGH, Pa. — Boston College gained bowl eligibility with a 26-19 win over Pittsburgh at Heinz Field on Saturday afternoon. The Eagles improved to 6-6 on the year, while the Panthers dropped to 7-5.BC is now bowl eligible for the sixth time in seven seasons under head coach Steve Addazio.Boston College was able to turn two forced turnovers into points in the first quarter. Vinny DePalma, making his first career start at middle linebacker, forced a fumble that led to a 29-yard Aaron Boumerhi field goal. Boumerhi also connected on a 32-yard attempt after defensive tackle Tanner Karafa recovered a fumble.Pitt started the second quarter with the ball at the BC one-yard line but settled for its first field goal of the game. The Eagles opened up a 10-point lead in the second quarter when Dennis Grosel hit an open Hunter Long for a 25-yard touchdown pass. On the drive, Grosel picked up two third downs in the air and a fourth down on a quarterback sneak.After getting within four points before halftime with a pair of field goals, Pittsburgh took its first lead of the day on a 39-yard run by Vincent Davis. The score was the Panthers’ only play of the drive and came out of the ‘wildcat’ formation with four receivers to the left.The Eagles needed just three plays to answer as AJ Dillon rushed left 61 yards to the end zone to put BC up 20-16 on the 14th rushing touchdown for Dillon on the season.BC abruptly ended a 69-yard drive by the Panthers with an interception by Jahmin Muse; the first of his career. His 36-yard return set up the Eagles third field goal off a turnover of the day as Boumerhi split the uprights from 30 yards out.Holding a 23-16 lead at the beginning of the fourth quarter, the Boston College defense produced its fourth turnover of the game. Defensive end Brandon Barlow forced a fumble and Karafa fell on it for his second recovery of the game. The Eagles then converted their fourth field goal off a turnover as Boumerhi was good from 22 yards.Leading 26-19 with 5:26 to play in the game, BC was able to hold on to the ball for the remainder of the game. Dillon carried the ball eight times on the drive and picked up four first down to push his total to 178 yards on 32 carries for the game.HOW IT HAPPENED