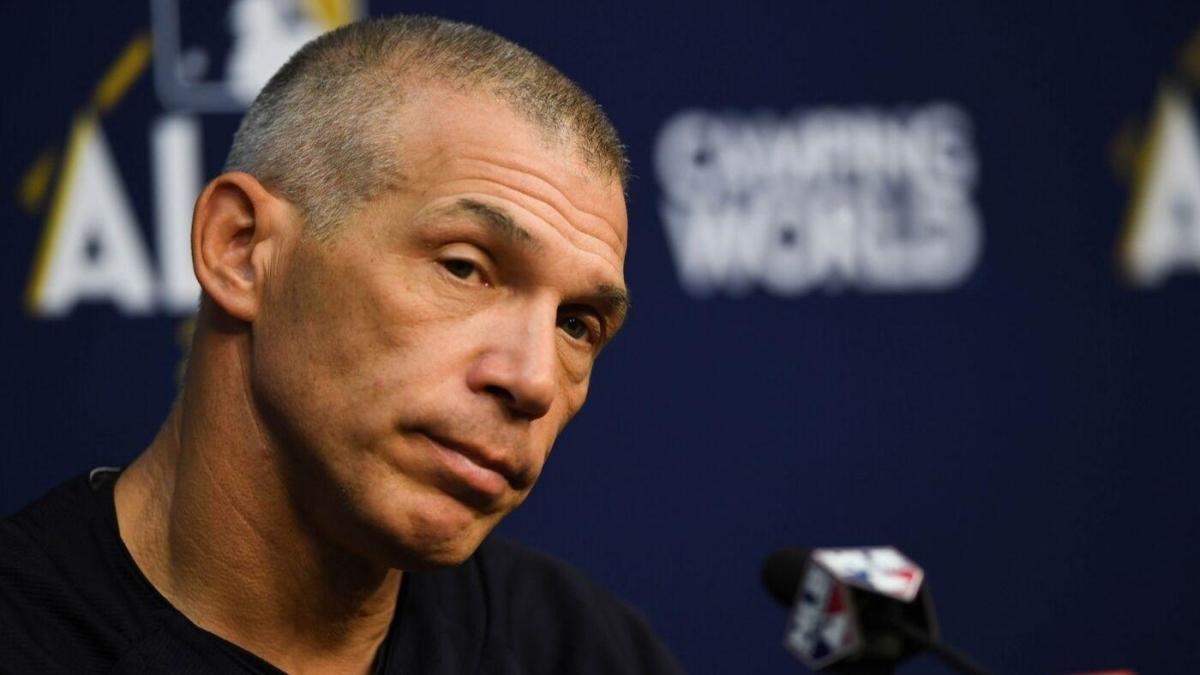 The last week in MLB was about a pair of teams in the National League hiring new managers, and a club in the American League hires an individual for their front office.

The Philadelphia Phillies have hired Joe Girardi to become their manager.

Girardi is the 55th manager in franchise history, and he’ll receive a three-year contract with a club option for 2023, per a team announcement.

#Phillies have hired Joe Girardi as the 55th manager in franchise history. Girardi received a three-year contract with a club option for 2023.

He’ll also have the freedom to make his own lineup card and other moves, which is rare for managers, per Jon Heyman of MLB Network.

Girardi was said to have really hit it off w/Phillies owner John Middleton, GM Matt Klentak and others in interviews there. Word is he also liked freedom he’ll have in making out lineup cards and other moves, which isn’t the case everywhere #PhiladelphiaFreedom @ToddZolecki 1st

Girardi previously managed the Miami Marlins in 2006 and won the National League Manager of the Year Award during that campaign.

The team does need to address some areas in the offseason, such as improving their starting rotation and bullpen.

The hiring of Girardi will be good for the franchise as he’s someone who works well with veteran players, and the Phillies have several veteran players on their roster.

The Chicago Cubs have selected David Ross to be their manager, per a team announcement.

The #Cubs today named David Ross the 55th manager in franchise history, agreeing to terms on a three-year contract through the 2022 season with a club option for 2023. pic.twitter.com/gbIrUm5m2C

Ross becomes the 55th manager in their franchise, agreeing to terms on a three-year contract through the 2022 season with a club option for 2023.

Ross is a former catcher, who played 15 seasons in MLB.

He’s a two-time World Series champion, winning the title in 2013 with the Boston Red Son and again with the Chicago Cubs in 2016.

Ross is known for being a strong communicator, and it’s a characteristic that a manager needs to have when dealing with a clubhouse.

Ross has no experience being a manager, but playing the catcher position and being part of teams that had success in the regular season and postseason will be a tremendous asset for him.

One of the biggest challenges Ross faces is separating the friendships he has with some of the players on the Cubs’ roster.

The Boston Red Sox have reportedly hired Chaim Bloom to run their baseball operations, per Joel Sherman of the New York Post.

Chaim Bloom to #RedSox as GM is finalized.

The title for Bloom will be the team’s chief baseball officer, per Mark Feinsand of MLB.com.

Chaim Bloom's title with the Red Sox will be Chief Baseball Officer, per source.

Also, Eddie Romero and Zack Scott will keep their assistant general manager titles with the Red Sox, per Feinsand.

Brian O'Halloran, one of the three Assistant GMs in Boston, will be named General Manager of the club under new Chief Baseball Officer Chaim Bloom, according to a source.

Eddie Romero and Zack Scott will maintain their Assistant GM titles with the Red Sox, per source.

Bloom is known for being a smart front-office executive as he graduated from Yale.

He was the only external candidate the Red Sox chose to interview, per Feinsand.

Interesting nugget: Chaim Bloom was the lone external candidate interviewed by the Red Sox during their search, according to a source.

Bloom will be expected to trim the payroll for the Red Sox and build up their farm system.

These are two areas he excelled at with the Rays.

The Rays typically have one of the lowest payrolls in MLB and have a robust farm system.

The hiring of Bloom was a smart move by the Red Sox as they have a young, creative mind running their baseball operations.