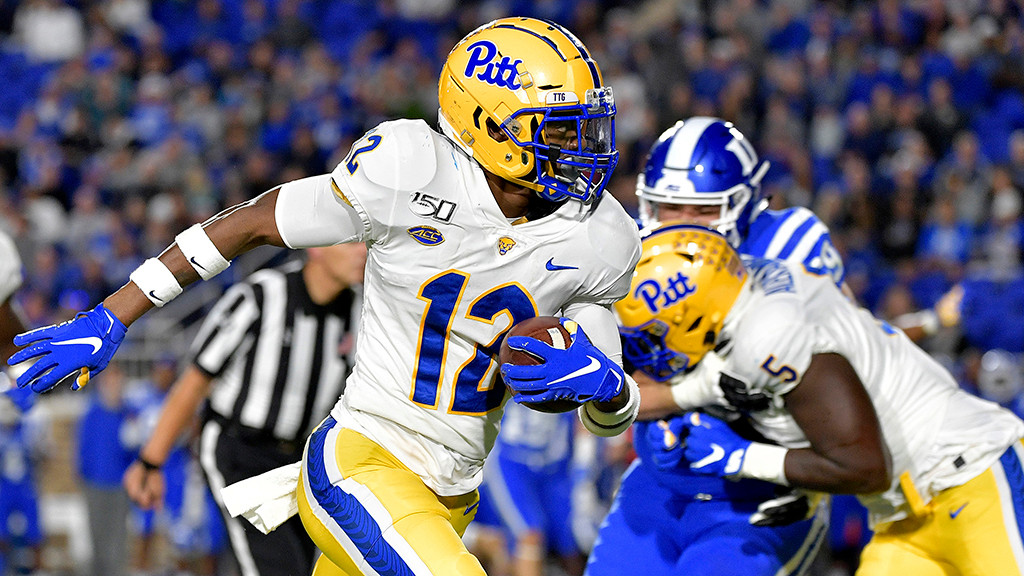 Welcome to the most comprehensive Pitt Panthers Game Day Preview on the internet! This is your one-stop shop for everything you need to know about Pitt and their upcoming opponent! Mike Drakulich (@SportsNationPGH) brings you inside the huddle for both teams, providing all fans with a game story, Pitt’s Path to Success, score prediction, game information, a detailed breakdown of each team, including individual stats, team stats, and an injury report. Heck, you’ll even know the weather at kickoff! The only thing you’re missing is a game uniform!

KENNY PICKETT AND THE PANTHERS SEARCHING FOR KILLER INSTINCT

The Pitt Panthers welcome the Miami Hurricanes to Heinz Field this Saturday afternoon, and the Panthers are still looking for play a complete game in 2019.

This would be a good week to put it all together.

In the last two games, Pitt has watched comfortable leads of 26-3 and 24-6 evaporate from lack of a killer instinct. This bug has infected both the offensive and defensive units. If Pitt aspires to reach the heights they want to climb to, they had better find a way to play hard for 60… or more, minutes.

Offensive coordinator Mark Whipple thinks his side is getting close.

“We dropped some balls. I’m probably putting too much on their plate, but I’m trying to challenge them and I think they’re handling it better.

“We just haven’t come close to playing a complete game.”

Some of the blame also lays at the feet of the coaching staff.

“We’ve been a little more conservative probably,” he said. “If you don’t make mistakes, which we did at Duke, it’s hard to drive it on our (defense).

As usual, Miami’s defense is pretty tough, but, they can be had through the air. VaTech’s Hendon Hooker threw for 184 yards and three TD’s in the Hokie’s 42-35 win over the ‘Canes a few weeks ago.

Kenny Pickett would certainly like to atone for last year’s miserable showing in Pitt’s 24-3 loss a year ago. His teammates love what they see of him in 2019.

“He looks at all his reads, he throws on point, pretty much,” receiver Shockey Jacques-Louis said.

Jacques-Louis, who is starting to be more involved in the offense after starting the year injured, is excited about the promise this offense holds.

“When he (coach Whipple) pulled (the offense) out and was showing me,” Jacques-Louis said, “I knew it was going to be something special. If I was a recruit looking right now, this would be the perfect spot for me, (with) all the passes going around.”

Now, after seven games, it’s time for the offense to take the next step in it’s evolution.

“We got a young group up front, getting better,” Whipple said. “We ran the ball when we wanted to at times (at Syracuse).

Pitt WR Taysir Mack posted a picture on Instagram Thursday with someone (his?) in a walking boot on their right foot… is he hurt? No one knows as no word has come from the Pitt camp as of late Thursday night.

Play time is over for the Panthers. We are heading into the stretch drive, and there is zero room for error if the Panthers intend to win the ACC Coastal division for the second consecutive year. Pitt will have to win out and Virginia will have to trip up somewhere, hopefully this week vs Louisville.

The Hurricanes have always been a thorn in Pitt’s side, but the Panthers have managed to go 2-3 the past five, and 11-26-1 vs Miami overall.

Like Syracuse, Miami has problems protecting their quarterback, and have allowed 31 sacks. Pitt leads the Nation with 36 take-downs of the opposing signal caller.

Pitt will be bringing the hounds after N’Kosi Perry…or will it be Jarren Williams?

Miami head coach Manny Diaz isn’t sure, as of Thursday night, on who will start vs the Panthers. Perry separated his left, non-throwing shoulder last week in the loss to Georgia Tech, he took over starting duties from Williams, who suffered a shoulder injury earlier this season.

Hurricane’s leading rusher DeeJay Dallas will make the trip, but will not start, if he even plays. Cam’Ron Harris will carry the load as Miami’s lead back.

Regardless of who is under center for Miami, Pitt will be hungry to add to their lofty sack numbers.

“We’re not done yet. We have not arrived,” defensive tackle Amir Watt said. “Can’t be satisfied, can’t be fat and lazy. We’re doing great things because we’re preparing every week the same way as we would for the ACC championship and national championship. We prepare for Delaware the same way we prepare for Penn State.

“The key to that success is us being consistent. Everybody measures toughness in different ways. We measure it in consistency.”

Another defensive weapon Pitt will be deploying is safety Paris Ford, who leads Pitt with 51 tackles and two interceptions.

“Paris has got one of the most unbelievable instincts I’ve seen. It’s tough to match that,” said Pitt secondary coach Archie Collins when asked if Ford reminds him of anyone. “He’s a different guy as far as stuff that he feels during the game, stuff that he sees.”

Miami’s Perry has thrown for 871 yards with eight touchdowns and just one INT. He’ll surely be wary of where Ford is at all times.

The Hurricanes love to play the part of the bully. Miami will certainly be running their mouths before the game, and the best way to shut up bullies is to take the fight to them.

This is a big game for Pitt. A win here should vault them into the rankings next week and perhaps the national media will start to notice how good this team actually is. They are on the verge of becoming something special. The stupid holding calls on the secondary needs to cease. Giving the opposing team an extra 60-80 free yards per game is not wise. Ball security must become a priority and the drops by receivers, good God, c’mon man, make the catch.

As long as Pitt avoids any careless turnovers, something Miami feeds off of, they should be able to win this game without sweating it out.

Pitt’s downfield attack should continue to open lanes for the rushing attack, which should favor Pitt in time of possession. You can’t help but favor Pitt’s defensive line vs Miami’s offensive line. The Panthers should be inked for a minimum of five sacks, and perhaps even hit double digits if Pitt builds a big lead.

Miami arrives banged up and leaves even more battered. No hurricane warnings this Saturday… the winds will be light. Pitt takes their fifth in a row.

Has done well when his number has been called.

Has all the talent in the world. Being implemented into the passing attack more each week.

Had some early misses, but has picked it up since the UCF game.

Perry has done well since taking over for Jarren Williams. He has been sacked 11 times.

Dallas is the ‘Canes leading rusher and is capable catching passes out of the backfield. Is questionable for the game and will not start.

Harris has done well as Miami’s #2 option at RB, but now gets the chance as the starter with DeeJay Dallas banged up.

Osborn is one of many weapons available in the Miami vertical game.

Miami has a talented defense, as they always do. They live off of turnovers, so secure the ball. Only giving up 20.4 points per game and just 296.9 yards per game defensively. Will likely be without linebacker Michael Pinckney.